Will they ever learn? (KMT)

"The KMT submitted 497,302 signatures for the second phase of the referendum proposal, initiated by KMT Legislator Lu Shiow-yen (盧秀燕), but the commission had ruled 182,848 signatures, or 36.8 percent, invalid by Thursday last week, the official said.

More than 2 percent of signatures belonged to dead people, including some who died long before the petitions were signed, the source said, adding that a significant number of signatures were in the same handwriting styles."

Dead people, seriously? Did they get them during ghost month?

Famous last words. This is exactly what people said about DPP when Ma won his first term as President. Lets see, the Nov 18 elections and the 2020 elections.

Andrew0409, I dont’ know about KMT’s future but you don’t think they won many elections yesterday?

People don’t learn from history, they have a memory span like a gold fish, 3 sec.

Lot’s of people rather take the corruption for granted, everything has its price. It’s a cultural thing.

Laughing my ass off at the Turtonites that predicted the DPP keeping three quarters of the mayor seats.

" Several foreign clergy who received Republic of China (ROC) citizenship over the past year voted yesterday for the first time after living an average of 50 years in Taiwan."

They probably voted for God.

I dont’ know about KMT’s future but you don’t think they won many elections yesterday?

Time to put the thumb screws on their misuse of public money.

You mean every time DPP wins an election, it rightly reflects the will of the people? While everytime KMT wins, its due to underhanded/nefarious reasons? Yeah, may the DPP prosper for 10,000 years!

Surprised me for sure. I’ve given up on the DPP. I hate them both.

Hmmm, not sure if you’re being sarcastic or not? 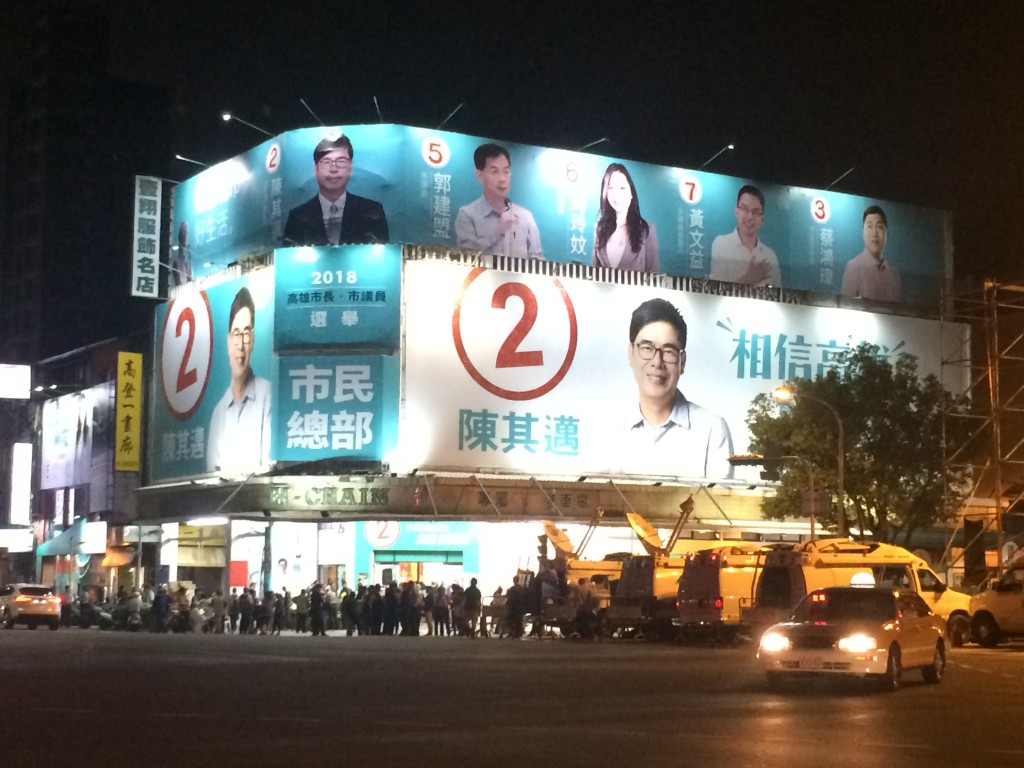 Will they ever learn? probably not!

“The peaceful development of cross-strait relations would bring both sides concrete benefits, which would include economic, cultural and other types of exchanges, he said.” Hahahaha!

https://www.taiwannews.com.tw/en/news/3583037
You could swap the names for Trump and Hillary in this one and you’d pretty have something from post 2016 election

Really???
Live with the consequences???
How about the DPP taking a huge voting base (KHH) for granted and getting shot down.
I dislike all career politicians, left and right side of the aisle, and so the DPP deserve the shit that was flung their way last Saturday.
Like all mainstream parties, they won’t change.

Kaohsiung will still be the cheapest of the four big cities in Taiwan to live in. It’s cleaned up its image environmentally, and that can’t be reversed. So, Spencer writer-boy, stay up north where you belong.

It’s cleaned up its image environmentally, and that can’t be reversed.

Who did the clean up?

It’s cleaned up its image environmentally, and that can’t be reversed.

Who did the clean up?

it appears you didn’t get my point.
DPP took their biggest, most solid voter base and fuqqed it up. Yes, DPP cleaned it up and then did nothing about jobs and population moving north.
Jobs, jobs, jobs. And not barista jobs.

Agreed they need better paid jobs . I believe there is no actually lack of jobs on Kaohsiung overall though.

How does one do this in KHH. I’ve been racking my brains and I couldn’t see how better paid jobs will magically appear there.

Supposedly Guo Tai Ming of Honhai has been chatting with Han You To about investment…They wouldn’t be well paid jobs though.

One piece of good news jobs wise is TSMC will build the world’s most advanced fab there over the next few years.