Your most hated cycle lane section (or stretch of road)

This is a topic I wanted to open for a while, and since we were talking about how bad is the cycle lane in the west bank of the Sanchong-Luzhou island, I think it is a good time to start it.

I am going to start with one that maybe is not that obvious or popular among the haters, but it is one I have to ride often and I hate it. I let others to choose other horrible parts.

This looks like a nice place to stop, rest and maybe even for a picnic. It is always empty (the lady with the umbrella is the only exception) and I discovered why when I stopped with my daughter a few weeks ago. We had to run for our lives because it is indeed a picnic area, for mosquitoes. Crazy amount of them.

I didn’t even know I needed this topic!
I usually go to Bali instead, just because I end up grumpy whenever I have to go through the Hongshulin-Zhuwei part of the path just to go north.

My most hated segment is this small street that connects the Taipei (Wanlong-Jingmei) portion of the cycling path with the Xindian portion of it.

It is not part of the cycling path per se, but you have to go through it to go to Xindian or to take another path towards Taipei Zoo. There’s always stray dogs, rats, or even chickens walking around, reckless cars speeding up and going in and out parking lots/golf club, and LOTS of garbage on the side of the road that never gets cleaned. The cherry on top is that rigth next to the entrance of the Xindian path there is a corner with terrible visibility, so you have to be extremely careful of buses turning abruptly and trying to enter the parking lots on this small street (especially at night, because it gets extremely dark).

I always thought it was how New Taipei welcomed cyclists. But, now that I double check it, and according to Google Maps, it is still Taipei. They should really do something with this part. At the very least, increase the lighting.

Yeah, I just learnt that too! I thought it was so dirty because it was “no man’s land”, so neither of the cities would bother to clean it.

This looks like a nice place to stop, rest and maybe even for a picnic. It is always empty

The exact place where I saw the most beautiful baby Cobra ever, shiny black with an almost reflective yellow stripe… Happy picnic …
And yes, I never take the riverside one, hate the grids, some are open in between them, receipt for disaster with small tires.

You are really spoilt when hating on sections of Taipei’s riverside bikeways.

Rode up and down the Love River in Kaohsiung a few weeks ago and was not impressed.

You also have to consider that just two decades ago those riverbanks were stinking wastelands with no access whatsoever.

Been there many times, yeah, watch out for the buses there.

It is not part of the cycling path per se, but you have to go through it to go to Xindian or to take another path towards Taipei Zoo.

I suspect it’s private land that the city hasn’t been able to acquire. I’ve seen huge rat carcasses squished flat on the pavement rotting under the hot sun. I also keep my eyes peeled for dog doo when I go through there.

Taipei/New Taipei has to be one of the best big cities in the world for sport and leisure cycling. So, yes, we’re here just being picky and annoying. Other Taiwanese cities don’t look so good.

I think Taipei/NT is pretty great for its riverside lanes, I used to regularly commute from ShiLin to NanKang in an hour or so and loved it much more than taking the MRT.

My vote for this is a ‘missing link’. There is a section missing between the NanKang end of the south side of the KeeLung river and where it starts again in XiZhi. A bridge across a canal is ‘all’ that is needed but no you have to do a detour onto some major roads instead. Fill that gap in and it’ll be brilliant.

My most hated segment is this small street that connects the Taipei (Wanlong-Jingmei) portion of the cycling part with the Xindian portion of it.

As someone who lives in Danshui, I don’t cycle that faraway stretch of road very often. And almost every time I’ve done so, I’ve been convinced I’ve made a wrong turn, and I backtrack to figure out where I went astray, and, nope, I’m on the right road.

Getting very micro: I’m always annoyed by the tiny stretch of cycling path right behind Hongshulin Station, where it’s curved and narrow enough that I don’t trust myself to have the agility to get far enough to the side even if oncoming pedestrians or cyclists are also on their side.

My vote for this is a ‘missing link’. There is a section missing between the NanKang end of the south side of the KeeLung river and where it starts again in XiZhi.

I always get lost here.

This segment from duck neck down to Wanhua.

I usually try to ride the tour of Taipei early in the morning, so it’s not that bad towards Wanhua, but sometimes you are just unlucky and get stuck in traffic in this section. Forks in the road to narrow paths doesn’t really help either. I could go on forever.

In terms of road, I stay away from Fuxing North Road Section 3-4 (Jianguo to Guangfu) like the plague. Conditions are fine, but the amount of cars/buses/scooters in that stretch is crazy. They eat bike wheels for breakfast.

This segment from duck neck down and around the duckhead.

You mean the duck neck itself, right? That’s the shortcut between Danshui and Keelung rivers, a key connection for cyclists traveling between north and south Taipei. The problem is that cement plant. You get cement trucks constantly going in and out of the plant while little kids on their pushbikes cross their path. Yeah, a very dangerous section for cyclists.

I worry more about blue trucks and motorcycles speeding along the small road you have to cross coming down from the embankment. Zero chance of anyone stopping at that zebra crossing.

I generally don’t like this particular area but the teeth-rattlers are painful on whole body.

My standard practice is to take the ferry back and forth and ride on the other side of the river. 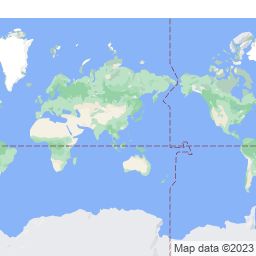 This stretch isn’t necessarily bad but there is no shade at all to rest and no quick easy spot to stop and get a drink or convenience store. I worry more about blue trucks and motorcycles speeding along the small road you have to cross coming down from the embankment. Zero chance of anyone stopping at that zebra crossing.

You’re right. It’s a narrow road so you think it’s pretty safe until you see motorcycles going 40 km/h toward you. They need to put up a traffic light there.