There are 2 in Taipei City. I think these are the locations. 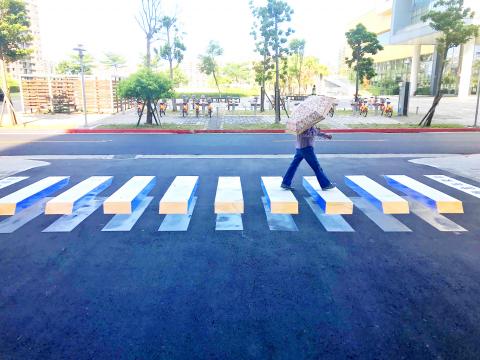 New Taipei City’s Tamsui District Office has painted what appears to be a 3D crosswalk in a bid to reduce traffic incidents. The crosswalk — at the entrance of the Tamsui District Joint Service Center’s parking lot — is the first of its kind in the...

Bad idea IMO. Waste of money for doing something that looks “cool” but is not that effective. It will mostly be used for taking selfies and posting to social media.

I heard if you step between the lines it takes you back to the beginning of the crosswalk.

It’s more effective if you led everyone know that at every intersection with traffic lights there are working cameras that capture anyone who crosses a red light, with hefty fines coming surely.

They should paint a 3D-dead body on the crossing, pretty scary and effective.

typical face giving trash. making it seem like they are doing something helpful, spending money, creating some news. whilst doing absolutely zero to solve the actual problem.

just change the law so cars cannot do a right turn when pedestrians are crossing (and put cameras that actually catch people like another poster said) the problem will be solved.

Such a simple concept…try to prevent running through red lights. I feel Taiwanese would never accept even more cameras at intersections.

3 months of daily random-location enforcement by plainclothes officers with uniformed partners hidden around the corner. Then weekly for a while, until it becomes the norm. 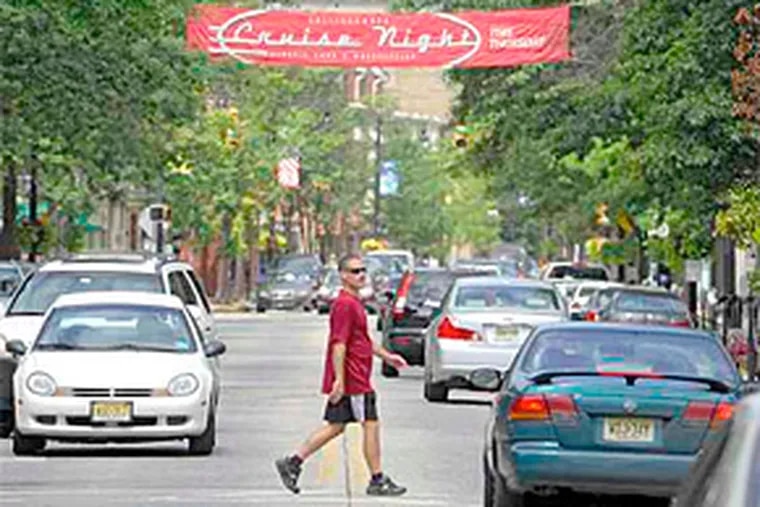 The sight of a police officer tends to put motorists on their best behavior. But what if a driver isn't aware of an officer's presence? Collingswood Officer Anthony Garbarino stood before a crosswalk on Haddon Avenue at Irwin Avenue, about to cross...

What a load of photoshopped crap. Cruising past this Google Maps

Where are all the wang mei taking photos? I demand wang mei!

Um…that is already a law.
Vehicles are to yield to pedestrians, no matter the signal color. The problem is lack of enforcement.

really? i was not aware that making a right turn at a crossing was illegal. i know they are supposed to yield to pedestrians that are crossing but thats in the same category as no smoking and no scooter parking. what i am saying is don;t leave it up to peoples judgement to yield or not. if the light says cross for pedestrians all cars need to stop and wait until the light changes before they can move again. no more crossing accidents and the traffic won’t be effected because they usually hit another red light after turning on a crossing anyway.

I’ve seen the ones on Dunhua North Road. They’re a ridiculous waste of money. The perspective is all wrong, they don’t look 3D at all!! They would’ve been better off installing real speed bumps… if they truly wanted to do something, that is.

Right up there with pedestrian lanes (i.e. extra parking spaces) and tactile paving. Tactile paving cost millions to install in Taipei years ago and AFAIK no blind person ever used it since, well, obstacles much?

I remember asking to have speed bumps installed in front of your house to slow down some of the cars. I asked for real speed bumps, not just those painted lines they use (which they put in but don’t actually seem to slow anyone down). They stated that if they put real speed bumps then they’d get sued if someone hurt themselves by driving too fast and hitting the bumps.

Wait, what, is there something we should know about you two?

They stated that if they put real speed bumps then they’d get sued if someone hurt themselves by driving too fast and hitting the bumps.

I go over 6 speed bumps every day, near WTC. Literally a pain in the butt.