Traffic is a really big contributor too, there are many more vehicles in Taichung compared to twenty years ago.

Yup, And here we have utter failure to invest in public transport outside of Taipei and parts of Xinbei. Years of neglect, under mostly KMT rule. Though the DPP municipalities like Tainan have likewise been utterly neglected. This is where the low tax, low service parts of Taiwan’s modus operandi come back and bite you in rear—or poison you on the roads.

Years of neglect, under mostly KMT rule. Though the DPP municipalities like Tainan have likewise been utterly neglected.

They need money from the central government so yes it’s KMT’s fault.

Maybe you smoke too much ?

You just believe in what you want to belive. Your stubborness is making you extremely unobjective.

Funny from you , Gain. I think BJ was talking about my smoking. I have to increase my tobacco intake on clear days to feel normal pollution levels.

Is it true that a huge percentage of the power generated in Taichung , is sent to Taipei ?

No. That is fake news. 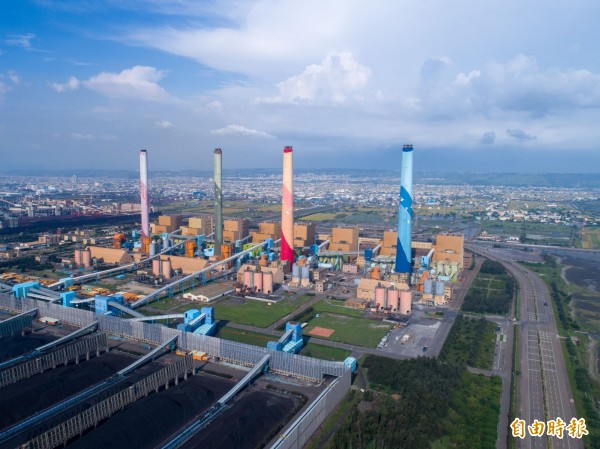 I live so close to the power plant that it looks like that photo was taken outside my bedroom window and we still get “blackouts” from time to time. I hate it here.

Can’t wait to fuck off to the east coast.

I live so close to the power plant that it looks like that photo was taken outside my bedroom window and we still get “blackouts” from time to time. I hate it here.

Idk what timeline you guys are on. How long ago was gain in HS. I also seem to recollect air quality to be real bad at certain points when I was a kid for Taichung. And they tried and did improve it a bit.

I also do not doubt in recent 5 years it also deteriorated.

Nice view, you live on the hill over looking Shalu then…

I also do not doubt in recent 5 years it also deteriorated.

Well you are wrong.

I’ve not been there in the last five years. But seems everywhere else has deteriorated so.

But seems everywhere else has deteriorated so.

That is also totally wrong.

For your information, the dominant winds in the area of Taichung harbor are North winds in winter and South winds in summer.
Considering that the power plant is West of Taichung city, and the days of West winds are rare, the probability for that pollution to cross the Dadu mountain is rare.
The pollution above Taichung city, which is located in a basin, comes from the city itself. From 2002 to 2010, I was able to see it first hand. It would appear around 9 am every morning.
The pollution in Taichung downtown has always been terrible. (Since 1995 at least)
And people are much more aware of pollution now.
But I guess BrianJones knows best.

I lived on dadu mountain and often saw a polluted cloud come over the mountain from the west. In fact I took a video of it once it looked like the apocalypse.

I would also see the haze build up in the city itself , sometimes for weeks on end when it didn’t rain. Both are a problem indeed. A terrible problem and Taichung people are sick of hearing it used to be worse…Means nothing. It may have been worse…It may have gotten better and gotten worse again.

A terrible problem and Taichung people are sick of hearing it used to be worse…Means nothing.

I means everything because IT USED TO BE MUCH WORSE.

So do not argue with him
He knows everything

Evidence ? They didn’t even collect PM2.5 stats in the old days and much less people lived in Taichung then, there were less vehicles, the Taichung power plant was much smaller (expanded 50% in 2006 ) AND there was no central science park either.

NOT convinced it was worse.

I can only see the ocean sometimes, it used to be beautiful 7-10 years ago. 70% of the time is too hazy to see anything past the power plant, but I do get some pretty nice sunsets. Some dude on Reddit was saying that there’s a massive increase in getting melanoma if you live within 10k of the power plant, but idk how much truth there is to that.

Nice view, you live on the hill over looking Shalu then…

Other foreigners are extremely rare to see around these parts. I do live on the hill overlooking shalu and the ocean… are we neighbors?