Can the Kuomintang Return to Power in Taiwan? by Camphor honcho, Flob legend

by questioning if the London School of Economics is actually a “regular” university.

As a graduate of the said school, it has a reputation of being a school for rich foreigners, idiot children of the international elite that couldn’t get into Oxford, trust fund libs, and/or Let’s See Europe (international travelers). I was the latter and was not sober the entire time I attended.

So the writer has a point. Good uni but hardly regular in its demographics.

So yall think the leader of current DPP is killin it because she was also cool in her youth?

I think she went to school there and wrote her own thesis.

In other words, the case is nonsense.

I do think the DPP has to be careful how they go after people that make such accusations as per historical precedents (Elmer Fung and A-bian in the 80s). LSE is a great school. Loved my time there (pissed tens of thousands of £ literally). However, it is more rigorous for undergrads. Their postgraduate programs are very international focused, shorter term, and it easier for moneyed foreigners to get in to these. 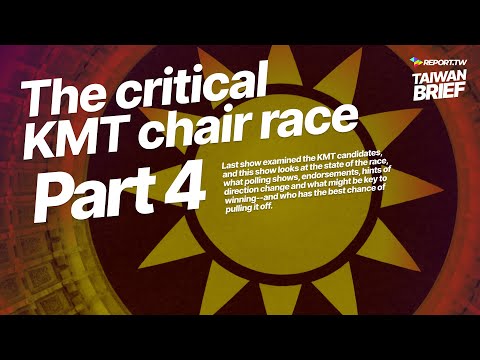 Their postgraduate programs are very international focused, shorter term, and it easier for moneyed foreigners to get in to these.

It is what makes it a lot of fun in many respects. I aged 20 years in a year by drinking and holding court in the pub where I learned more about international relations than in the lectures.

Yeah, they will probably win at the next presidential elections. Whoever takes over from Tsai will have an uphill struggle against the KMT. The vaccine situation and subsequent high unemployment will hurt the DPP badly.

I would never count them out, but have you seen any recent polling numbers? Tsai took a hit, but the KMT has made almost no gains at all.

I would never count them out, but have you seen any recent polling numbers? Tsai took a hit, but the KMT has made almost no gains at all.

No, I have not seen the latest polls. I guess it depends who takes over from her and if the KMT can find a more moderate type like former president Ma. Taiwan really needs some stability right now.

Nathan Batto at Frozen Garlic had a nice detailed look at poll numbers at the end of August. This is where I learned about Tsai taking a hit (as you would expect) but the KMT making almost no gains. If you’re interested, it’s a good read.

The Covid outbreak and public opinion

It looks to me like this outbreak of Covid in Taiwan is almost finished, so we now have a full cycle of events under our belt. First, there was the news of the outbreak, then we watched in horror a…

If the DPP nominate folk like her going forward, they could be in power a long time.

If they nominate straw-hatted unsophisticated politicos from the South or other deep green regions as they did in the A-bian years,

, it could scare off the more genteel wannabee voters and lead to urban KMT resurgences.

I think dpp is unbeatable going forward but they took a hit with the the vaccines. Taiwan economy is looking strong though, we have yet to see what the trickle down will be from the billions of reinvestment from Taiwanese companies returning. Not sure where the unemployment talk is coming from, Taiwan needs more people.

Yeah she has been a very smart and very reserved leader. Things like waving the ROC flag and singing the national anthem has helped her appeal to the moderates. She will be hard to replace

Although a few muck ups, DPP has fucking crushed it so far. Its a shame certain sections of the public dont understand that. I very much disliked tsai in her first failed attempt at presidency, and i really disliked her the first 2 years when she was in office. But i think its fair to say they have done far more than any other semi-recent government for taiwan without question.

Vaccine issues? She was smart not accepting chinese ones. It was a good move playing that whole fuckery long term while maintaining very secure prevention relative to most other nations as to not have serious losses of life WHILE maintaining we arten goin to be sold out to china. i say brav~fucking~o! All the while with kmt trying to sabotage her efforts at every step. they certainly made some slip ups. but were in reality relatively minor all things considered…or compared to other countries. Just imagine if korean fish won and we had his team running the pandemic. Fuck me.

The fact kmt hasnt come out of this looking like borderline terrorists is beyond me.

Vaccine issues? She was smart not accepting chinese ones.

She was never going to accept Chinese vaccines

But they fucked up by not buying enough, buying too slowly and being over reliant on domestic vaccines. She was bailed out by donations

The over reliance on domestic vaccines was wrong.
Lucky they were able to stop local transmissions with mostly compliant population.

Vaccine issues? She was smart not accepting chinese ones.

She was never going to accept Chinese vaccines

But they fucked up by not buying enough, buying too slowly and being over reliant on domestic vaccines. She was bailed out by donations

I dont disagree with that. But facing the public and opposition realities it is a really hard call to make. I agree with you because taiwan is rich as all f*ck and wastes INSANE amounts of money on useless projects everyday. They can “afford” to waste vaccines expiring based on a financial metric. Perhaps not a moral one. That is a touchy subject. But easily they could vaccinate the entire population twice over if they didnt repave and rebuild perfectly fine roads in 10% of one county for 1 year. Asssuming people want it and they continue to value human rights…That said, i feel that slip up is nothing compared to the Chinese KuoMingTan literally trying to spread infections for the purpose of making their political rivals looking bad. In this case i think the DPP doesnt deserve to be thrown under the bus for a mistep in math while the opposition sides’ strong hold literally sabotaged the country and its people. I said it before, and will say it again. How the fuck do those assholes not get put in JAIL?? Chen was jailed, and i agree with that. Why dont these…no nice words to say that wont get my post deleted.

Funny thing is, i really dont like the DPP. However, credit given where credit is due. We all need to be mature enough to admit the groups we dislike did an overall good job…in the end, their success in this scenario benefits everyone. Something the CKMT doesnt seem to comprehend.

So, keep slapping the wrists when mistakes are made. But dont allow the narrative the DPP has made taiwan like a 3rd world wasteland. What the scary part in taiwan is, is how fucking blind people can be. Coupled with extreme ego, stubborness, massive amounts of higher than thou, and generally a fairly shat (<- intentional misspelling

) intelligence level. Based on facts, DPP will win again. Based on reality i still fear the brainwashed are strong enough to cause concern towards further progress in freedoms, uuman rights and general progress. I am waiting for the foxconn vaccine buy thing to come back and bite the dpp in the ass. No good deed goes unpunished.

Which Chinese vaccine are you talking about?

The Sinovac or the BNT? Technically its not really possible for them to buy from a Chinese distributor. They could have bought with another middle man earlier.

But there were other vaccines available anyway.

This has all been repeated too many times here though

Can someone explain to me why Eric Chu decided to wear a polo shirt and jeans to the debate today? He looks like he’s going out to the mall or something . . .

Can someone explain to me why Eric Chu decided to wear a polo shirt and jeans to the debate today?

I’d reckon it’s to stand out and imply look at me I’m different, not like those other guys.

And yes I remember Chen Shui-bian wearing a superman costume. No I am not making that up.

And yes I remember Chen Shui-bian wearing a superman costume. No I am not making that up.

I don’t think so. I think it looks more human and approachable.