Chi town gets a bad rap. It feels like a little big city. I never went south of the downtown bridge, though. Not a chance. Of the 250 guns recovered, 26 were "ghost guns." This year alone, Chicago police have recovered 326 ghost guns. 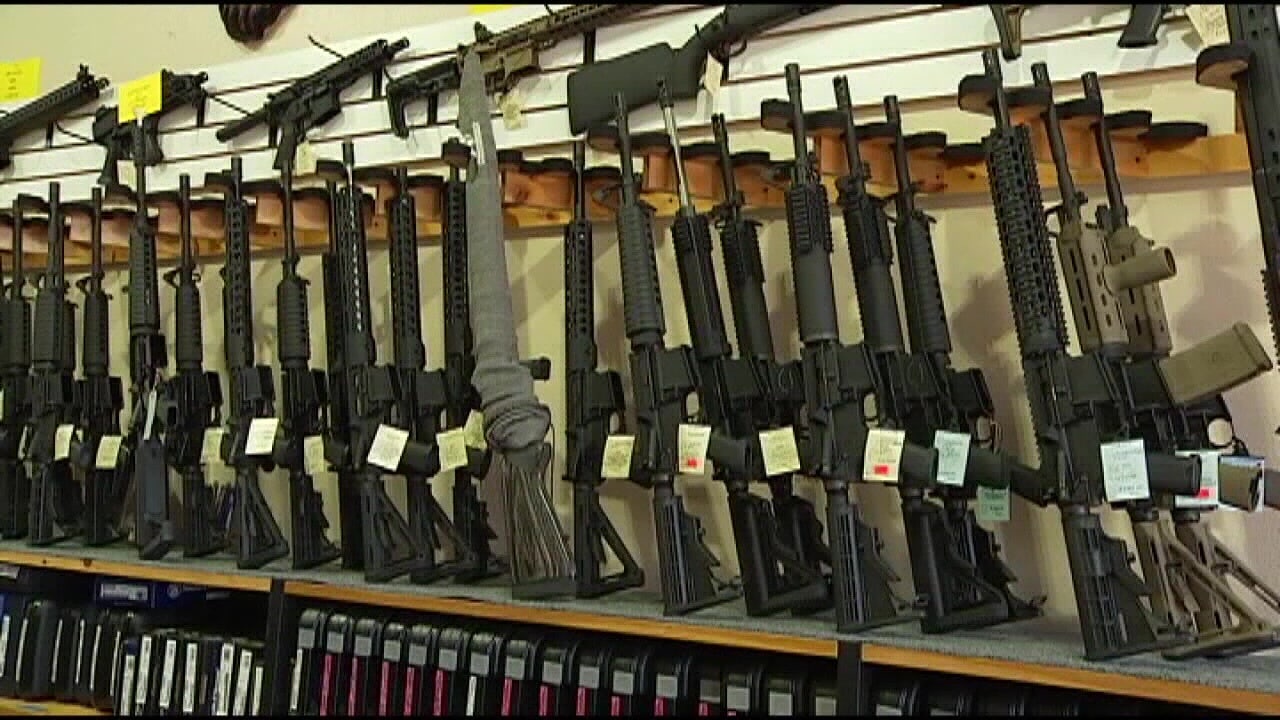 Police say they have removed more than 400 assault weapons from the streets of Chicago.

That’s a lot of guns. That’s a whole lot of assault weapons.

From what I understand, it’s one part of Chicago that is very dangerous. The rest of the city is pretty safe. I’ve been several times and always felt safe.

I think I felt much more uneasy in st. Louis or south Tucson

I went to a Cubbies game, and did the walking food tour, always felt safe. Good Ubers at the time.

I lived In Milwaukee for a little over a year. Felt more unsafe there just in general. Right before I left, my apartment in downtown Milwaukee took a stray bullet during a gang fight. I think second tier cities in America tend to be more dangerous overall but 1st tier cities have pockets that are isolated corners of danger.

Except LA. Went back there fairly recently and it’s really gone down hill. Especially downtown and Venice beach areas. In la it’s more reversed. There are pockets that are really nice but most places are seedy as hell

That’s a lot of guns. That’s a whole lot of assault weapons

Eh, barely more than a good American family’s worth. 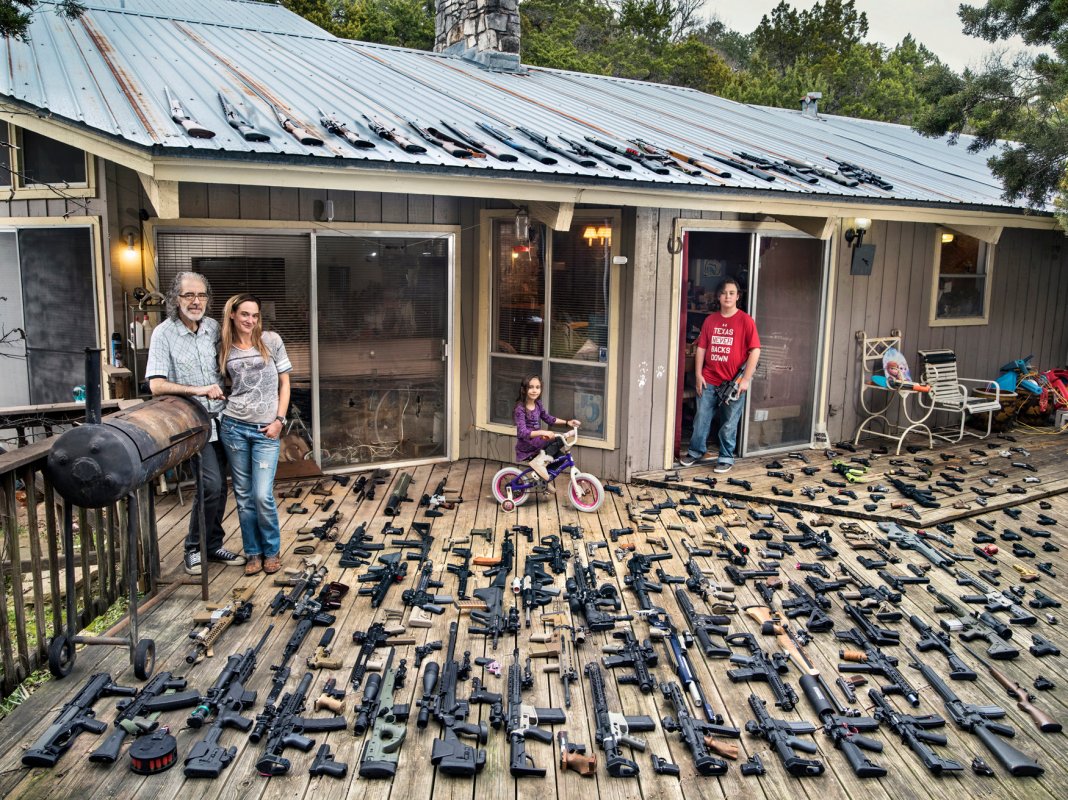 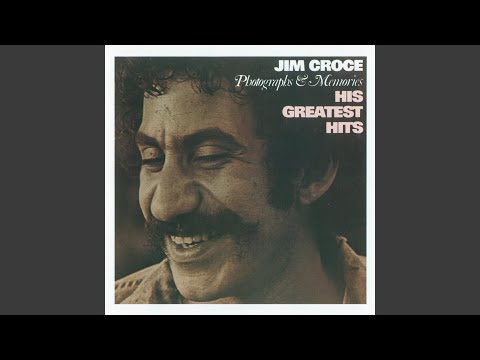 Edit: had the wrong croce song there 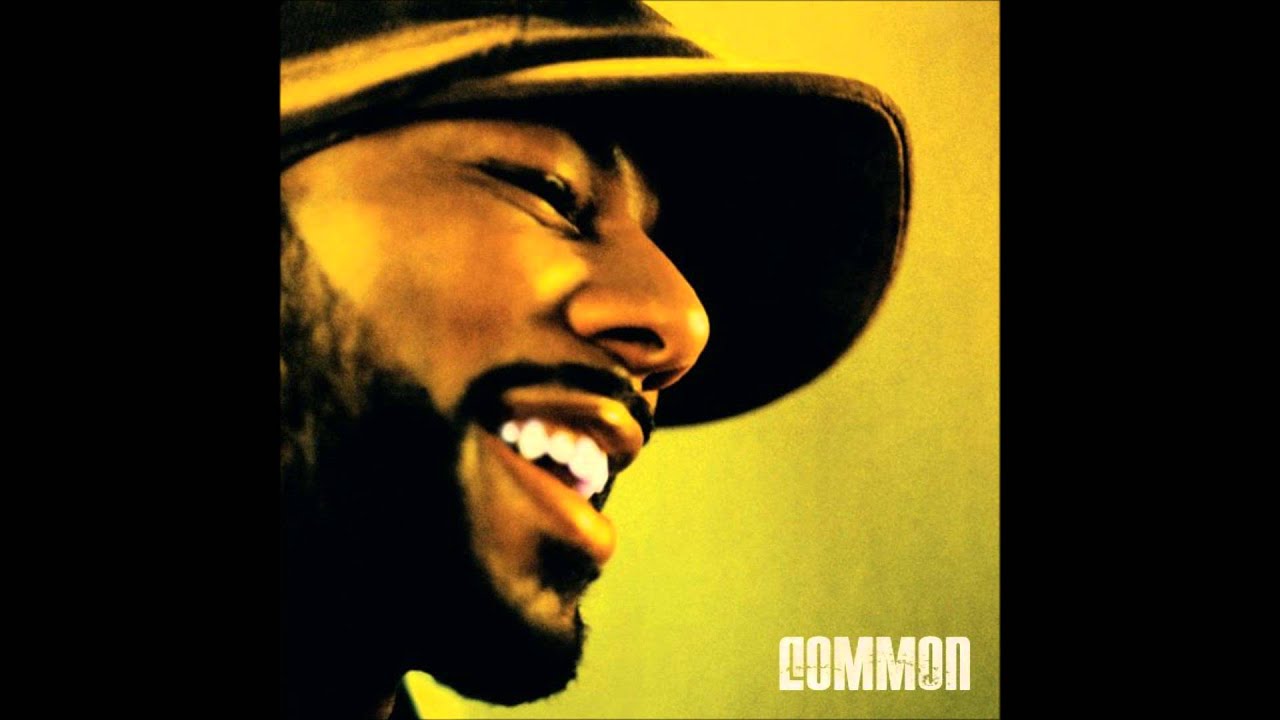 Except LA. Went back there fairly recently and it’s really gone down hill. Especially downtown and Venice beach areas. In la it’s more reversed. There are pockets that are really nice but most places are seedy as hell

Venice Beach has always been kind of a gritty, dirty, somewhat seedy, march to its own tune kind of place. With the rise in prices with some whackier rich people attracted to that, areas like abbot kinney actually getting nice and on people’s radar, people somehow got the impression in the 2000s that it was generally a nice, normal, rich people place, but the core difference of Venice has remained while surrounding areas (I’m looking at you Santa Monica) got more corporatefied like NYC. I still like Venice a lot as a result.

and a lot of times when people post about how Venice is really going down hill, I hop on Zillow to see what a little place on the canals will cost, and prices continue to climb. There’s a nice place listed now, “priced to sell” at $4.2M.

Good pizza
Good Polish-Anmerican museum
Good Greek-American museum; I got a discount on admission for being a Bank of America client.
Good gyros
Metro system is OK.
Vintage homes similar to Philly in look
Hospital had kiosk with options in English, Chinese, Spanish, Polish, and Russian 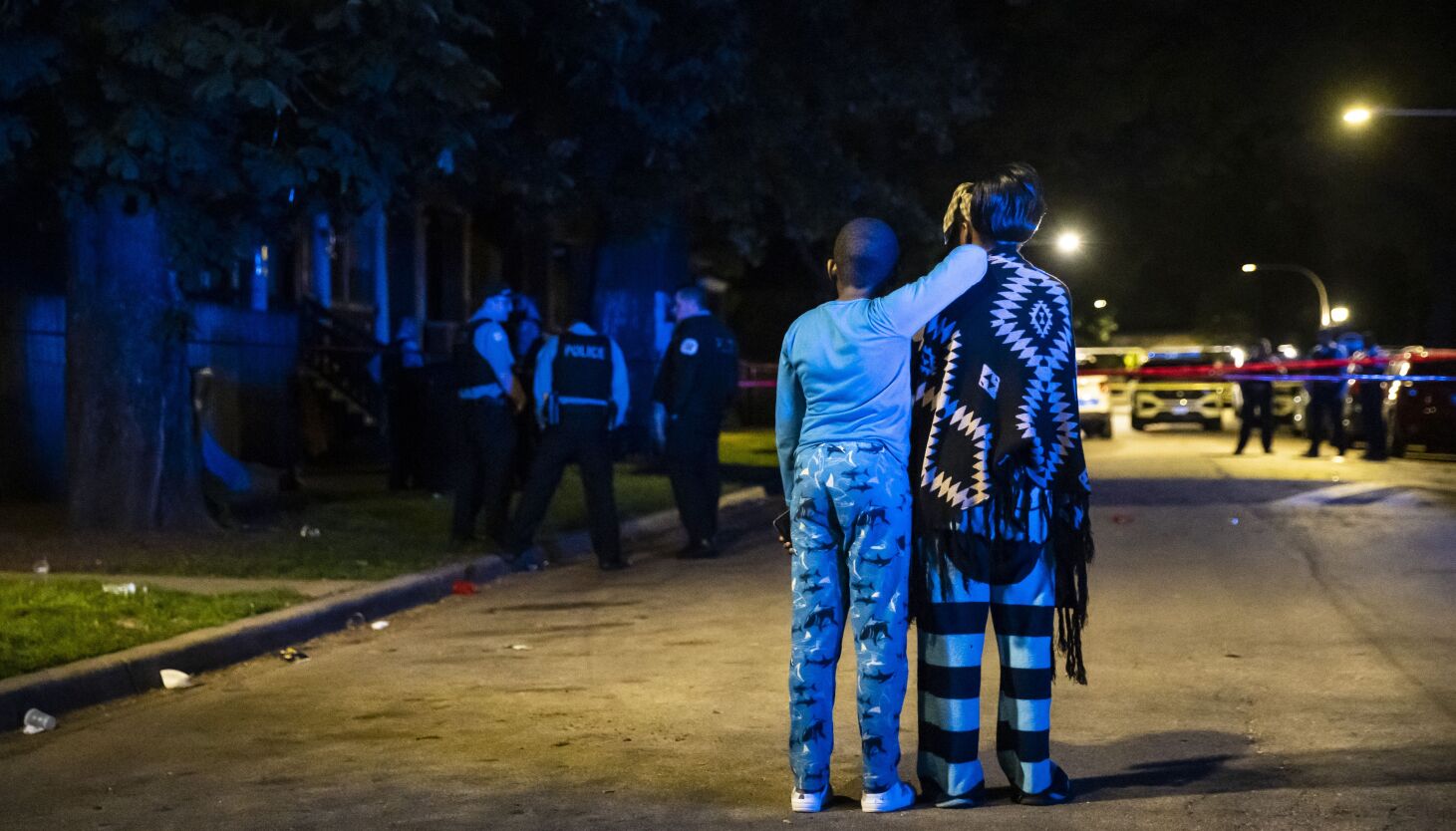 51 people shot over Memorial Day weekend in Chicago, the most violent in five...

About half of those shot were on the West Side, most of them in a single police district where there were two mass shootings. At least 23 people were shot on the South Side and four downtown. 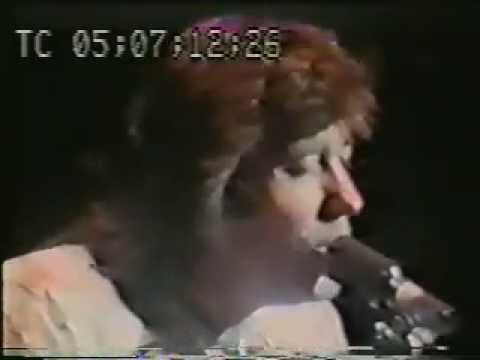 From what I understand, it’s one part of Chicago that is very dangerous. The rest of the city is pretty safe. I’ve been several times and always felt safe.

Congrats on having felt safe. My sister lives in Boystown (neighborhood that butts against Wrigley) and it’s acceptable. Start walking more than a few blocks in any direction but East (where you’d end up on Lake Shore Drive) and it’s time to turn around. There was a shooting at the freaking Bean a few weeks back. Now you have to be over a certain age to enter Millennium Park or be accompanied by a parent (not sure what that’s going to accomplish but Mayfair Mall in MKE area tried kiddy jail once too when they thought The Youths were getting too wild). My uncle got mugged multiple times when he lived on the Gold Coast. Why? People without money go after people who appear to have it. Chicago is a place where crossing one street takes you into a completely different socioeconomic area than the one before. My grandparents (in the northern part of the city proper) tell me about rapes and shootings in the park across the street from their house weekly. And it’s mostly Orthodox Jews in their part of town, so I would like to think it’s not people who live there doing the shooting and rapeing, but who the heck knows.

My grandparents would have you believe Chicago has gone to the crapper. My sisters and cousins in the city would shrug and say it’s a city, what do you expect? I just recommend exercising caution. Gun use has gone up exponentially in the past few years and that is a uniquely American problem…

My sister lives in Boystown (neighborhood that butts against Wrigley) and it’s acceptable. Start walking more than a few blocks in any direction but East (where you’d end up on Lake Shore Drive) and it’s time to turn around.

Right. We walked around the stadium, crossed the street to buy tshirts and then went right in to the game. Post game, we jumped into an Uber and got the f outta dodge.

This is insane. Chicago’s gun violence is so problematic that no one outside the city is even talking about it.

Because any talk of removing or restricting guns in black communities will be met with stiff resistance. I know a few black gun owners and it’s a non starter with them, somewhat understandable I’d say, given historical ahem marginalization of the black community.

Hasn’t elected a Republican as mayor since the 1930s… 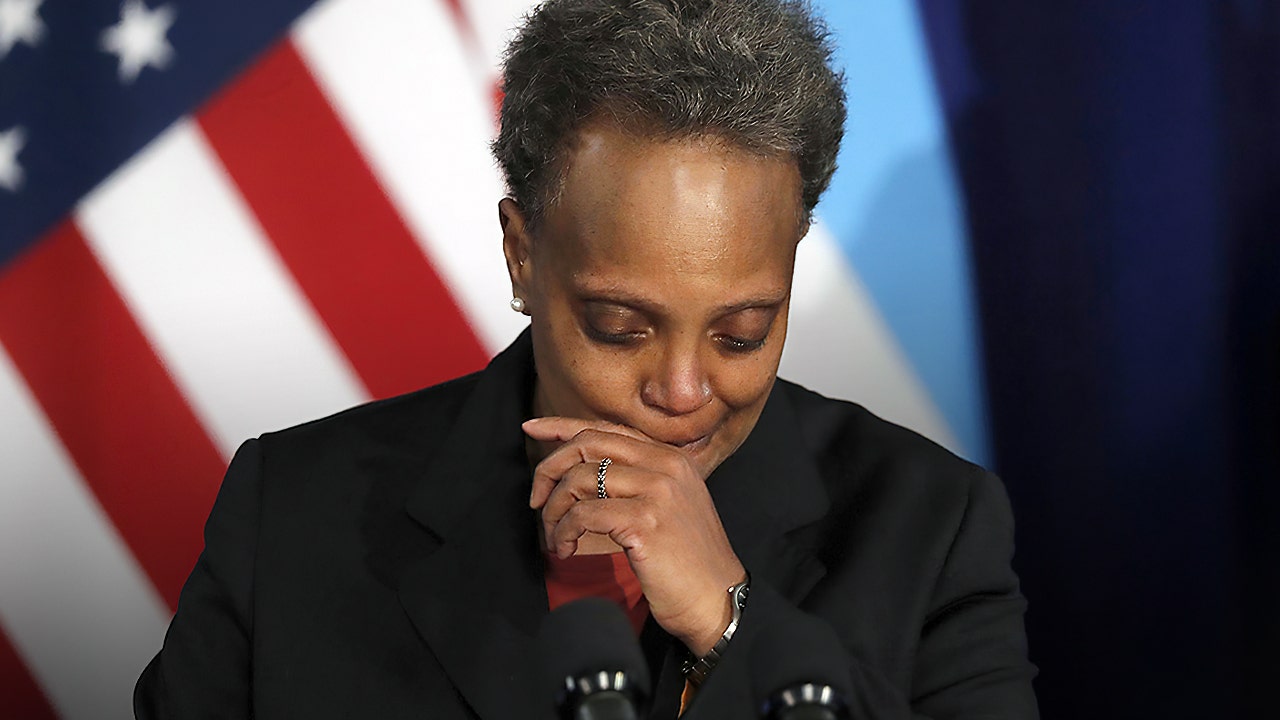 I was reading today the NYT put out a tough-on-crime editorial. Elections coming, have to pull in the normal people

Crime is up everywhere in the US. Whether the mayor is “soft on crime” or rounding up everyone that looks like they think might be thinking about committing a crime before they do it, no city in the US is doing well on the crime front.

Inflation isn’t helping. I’m back in the US right now and I spent over $75 just on basic breakfast/lunch foods for ~5 days. We’re talking truly simple, basic healthy foods. It was a loaf of bread (whole wheat grocery store kind now over 6 bucks. Looks like I’ll get five sandwiches out of it), 1/2 lbs turkey meat, a small tub of hummus, six individually wrapped, pre-cooked chicken sausages, two cucumbers, 1 lb carrots, a head of lettuce, a pack of sharp cheddar sliced cheese, two avocados, four apples, 1/2 gallon of milk, and a box of cereal that might have four servings in it. I don’t feel like I can afford to eat here. Now you want to tell someone making minimum wage and working three jobs to sit nicely and not burst out in anger/commit crimes? Not gunna happen. Add rent has doubled or more in many places since last year and you’ve now made sure two fundamental things that every living creature needs (food and shelter) are difficult to come by, no matter your finances.