The Chinese operate the world’s biggest securistate. These camps and areas are being heavily monitored and restricted .

That’s exactly what China wants. The create a bunch of fake news and people get tired of it.
Look at Covid they claim it came to China in frozen food… And I have l heard another one this week about the US bringing it in.

They wear people out with this BS.
I’ve already has people I know try to argue: but the media is exaggerating this story. And the CIA did worse, etc.

That’s exactly what China wants. The create a bunch of fake news and people get tired of it.
Look at Covid they claim it came to China in frozen food… And I have l heard another one this week about the US bringing it in.

They wear people out with this BS.

Indeed. Which was my point. We need the equivalent of nuclear weapons to wage war on bullshit. I think lie detectors (working ones) would go some way towards that goal. But there needs to be something more.

The Chinese media and Government are full of shit, we all know this, Western media is full of shit too, not everybody knows or accepts this.

Issue is, the moment it switches from Allegations to “100% confirmed that China is committing genocide” , they are constituted as Crimes Against Humanity and falls into the “Act of War” territory.

The UN would HAVE to respond. A recent example would be Bosnia/Kosova Crisis.

The United Nations would have to be prepared for an aerial and ground invasion of Xinjiang to liberate the Uighurs as well as overthrowing the Chinese Communist Party. Xi Jinping and top CCP officials would likely be tried similar to Nuremberg Trials.

I agree, it’s a very delicate situation.
The opposition in Canada is forcing a vote on this Monday. Putting the government on record if it’s a genocide or not
Not sure if it’ll help

Exactly. Incontrovertible confirmation would compel either (a) action or (b) the complete collapse of the UN if they failed to act. Perhaps that’s precisely why we haven’t yet seen that 100% confirmation. Nobody wants to try to tackle China, with all the potential fallout (perhaps literally) that that would involve.

Lol. UN yeah sure. Who exactly sit at the so called security council there ?

I agree. That’s why I’m so for the TPP and sanctions. Bleed them dry economically. Use allies to join together and refuse to trade

From Wiki - apparently the prior events in Somalia had a big influence on the lack of response in Rwanda.
Absolutely the UN should have stepped in to prevent it while there was still time though, and its shameful that nobody did, just as its shameful that nothing is being done now about the Uighurs, and other ethnic minorities around the world that are being wiped out that don’t make the front page news.

Intelligence reports indicate that Bill Clinton and his cabinet were aware before the height of the massacre that a “final solution to eliminate all Tutsis” was planned. However, fear of a repeat of the events in Somalia shaped US policy at the time, with many commentators identifying the graphic consequences of the Battle of Mogadishu as the key reason behind the US’s failure to intervene in later conflicts such as the Rwandan genocide. After the battle, the bodies of several US casualties of the conflict were dragged through the streets of Mogadishu by crowds of local civilians and members of Aidid’s Somali National Alliance. According to the former US deputy special envoy to Somalia, Walter Clarke: “The ghosts of Somalia continue to haunt US policy. Our lack of response in Rwanda was a fear of getting involved in something like a Somalia all over again.” President Clinton has referred to the failure of the U.S. government to intervene in the genocide as one of his main foreign policy failings, saying “I don’t think we could have ended the violence, but I think we could have cut it down. And I regret it.” Eighty percent of the discussion in Washington concerned the evacuation of American citizens.

Nobody gave a rat’s ass about Rwanda because it’s Rwanda. Nevertheless the fact that the situation was ignored did a lot of harm to the UN’s reputation, and has contributed to the idea that they’re ineffective, corrupt, etc.

Now imagine the same thing with a country that’s too big to be ignored. It’s going to put more than a dent in the UNs credibility.

UN won’t respond. No way would they risk a nuclear war.

Best bet would be a global push from the Middle East and Islamic World against the genocide. The economic fallout of a Middle East and North African boycott of China might be enough to push Xi to tone things down. Unfortunately, most of the big players there are almost as bad as China (Saudi Arabia, Iran).

Honestly, I’m surprised there hasn’t been a major Islamic campaign against China in terms of boycotts yet, even at the grassroots level rather than governments.

Honestly, I’m surprised there hasn’t been a major Islamic campaign against China in terms of boycotts yet, even at the grassroots level rather than governments.

That has been remarked on in the Western press. So much for Islamic solidarity. Perhaps Uighurs aren’t “true Muslims” or something because they’ve altered some obscure detail of theology.

UN won’t respond. No way would they risk a nuclear war.

China is betting the bank on this. But the US has a not-so-secret weapon. SpaceX + StarLink. The huge rockets are not just about mars, its more about being able to land strategic forces, robots, or payload in another part of the world within minutes. Surgical tactics.

I guess from some mainstream Muslims, there’s a fear about being cast aside and losing their jobs/roles/opportunities.

Football player Mesut Ozil tweeted about supporting Uighurs and that was the end of his Arsenal career.

Politicians–no excuse. Sadiq Khan seemed to enjoy taking shots at Trump rather than speaking out against an actual genocide against his own people.

Honestly, I’m surprised there hasn’t been a major Islamic

They’ve bought many of the politicians. Pakistan, afghanistan, etc. the silk road. It’s all part of their plan

The Chinese media and Government are full of shit, we all know this, Western media is full of shit too

I don’t agree. Don’t make a false equivalence.
We would not know anything about the situation in Xinjiang except for media especially Western media and reporters. 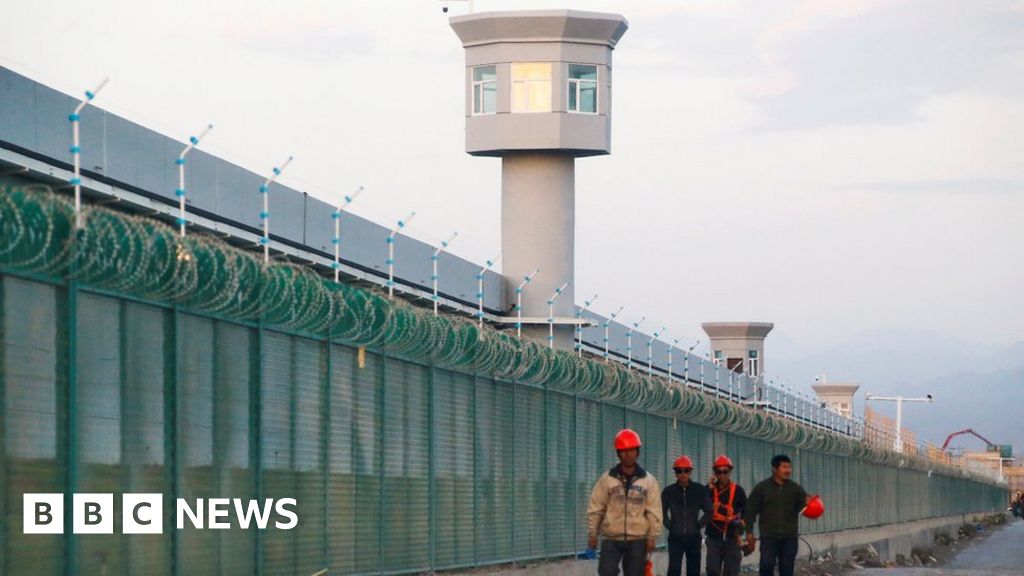 China has a far bigger network of detention centres than was previously thought, a report says.

Reporters were going around China and also talking with people in Kazakhstan and Europe. Working in China as a journalist must be incredibly difficult.

I don’t agree. Don’t make a false equivalence.
We would not know anything about the situation in Xinjiang except for media especially Western media and reporters.

I know Brian, we saw some images circulating on the BBC which were secretly filmed I suspect by some spooks and then handed over to the BBC who then confronted a Chinese Ambassador over them, I don’t doubt something very bad is going on.

But remember we are talking about an entire news industry that breathlessly reported on a policeman who got hit by a fire extinguisher and killed by a rioting mob for weeks on end and long enough for that false fact to make it’s way into articles of impeachment. At some point you will need to accept, they do this deliberately, and knowingly to bring around an outcome. The outcome there is still the same outcome they want now, Trump to go away and never be heard from again.

Why are you talking about Trump here. It’s irrelevant. Give it a rest and focus on the topic please Mick.