Reasonable but China controls its borders between it and it’s poorer neighbors fairly tightly.

I don’t know anybody in Yunnan but have heard from a friend in Beijing who loves her gov’t more than her family and a friend in Shanghai who is precisely the opposite and they both say, precisely, the same thing.

I don’t have anything else.

China could have also potentially given themselves genetic advantage with original version of the Covid-19 virus which they may have intentionally released. Other countries with similar genetics may have indirectly benefited from the early virus with only low case counts or low deaths compared to the overall population. This advantage probably faded after the mutations though, as we saw UK, Brazil, South Africa, and India variants become much more transmissible and deadly. It is interesting though how quickly Guangzhou and even southern Taiwan was able to control the Delta Variant when it spread to multiple people, while in other countries its spread no matter what precautions were in place. 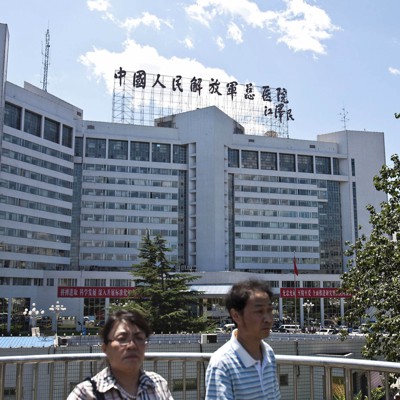 Weaponizing Biotech: How China's Military Is Preparing for a 'New Domain of...

It will be increasingly important to keep tabs on the Chinese military’s interest in biology as an emerging domain of warfare, guided by strategists who talk about potential “genetic weapons” and the possibility of a “bloodless victory.” Although the use of CRISPR to edit genes remains novel and nascent, these tools and techniques are rapidly advancing, and what is within the realm of the possible for military applications may continue to shift as well. In the process, the lack of transparency and uncertainty of ethical considerations in China’s research initiatives raise the risks of technological surprise.

However, nobody else has had this kind of success,

Taiwan? Even with low vaccination rate?

I also recall that there are couple of other places that has this under control, can’t name them though. Unfamiliar countries.

they both say, precisely, the same thing.

How do you know it’s not media control?
Bottom line is, nobody knows anything about this country. Their fellows don’t, their government don’t, every statistics is doubtful, every report is calculative.

It’s well known in the bio and medicine industry to always have doubts in their studies.

They might have it under control, they might not. But I wouldn’t just trust any report form that country.

Reminds me of the pregnant male rat…

Reasonable but China controls its borders between it and it’s poorer neighbors fairly tightly.

I don’t know anybody in Yunnan but have heard from a friend in Beijing who loves her gov’t more than her family and a friend in Shanghai who is precisely the opposite and they both say, precisely, the same thing.

Yeah, and Yunnan isn’t the easiest place to travel in anyway - I spent some time there a few years ago, and even then there were a lot of police checkpoints on the major roads from Laos and Myanmar (major drug smuggling route). Plus long distances, mountainous, remote towns and villages, etc. Getting about in that whole area just isn’t very convenient.

I have a pretty vivid memory of going to register my residence with the police and seeing a ton of riot gear in racks at the entrance to the compound (although it was peaceful at the time). And getting incidentally pepper sprayed when a fight broke out in a bar area in Kunming (nothing to do with me), and the police got a bit liberal with the spraying.

I have a friend in Kunming and others elsewhere in China (both Chinese and foreigners), and from everything I hear and see there things are pretty much back to normal with the exception of occasional (and tightly controlled) outbreaks - people are travelling, going out, having meetings, etc.

Anyway, I can’t imagine the police would have much issue shutting down the border in Yunnan - my Kunming friend told me a couple of months back that they’d locked down one of the cities closer to the border after a small outbreak there.

Taiwan? Even with low vaccination rate?

We are working from home, restaurants closed, beaches banned, etc.

How do you know it’s not media control?

Could be. However, I think that a reasonable response would be the same as for Taiwan last year when people were questioning if we really had covid cases - it would be hard to hide bodies if people were dying. Granted, China would be far, far, far better at this than other countries but I was in Beijing during SARS and rumors of hospital beds filling up preceded gov’t announcement by about three weeks (and this was pre-social media).

We are working from home, restaurants closed, beaches banned, etc.

Bottom line is, nobody knows anything about this country

Well, a few of the the 845,00 foreigners currently living in China might have noticed something going on.

They’d know about what happens around them, not the larger scale.

They’d know about what happens around them, not the larger scale.

China? Not in Wuhan but no city in China has had restaurants closed, etc for as long as Taiwan.

Imo, perhaps they should have. Saves so much problems for the world.

I think that I am finally able to answer my initial question to some extent.

I have a colleague (Chinese citizen) returning for work and family and, without going into details, she will be quarantined for essentially four weeks upon her return (three in quarantine hotels, another week in home) and will do up to five tests during this period.

I think that it’s reasonable to assume that this and responding quickly whenever you have an outbreak could keep things under control.