Coronavirus Vaccine for Children in Taiwan

Discussions about pro and cons should be done in the other threads:
Covid vaccines for children? - #388 by finley
Coronavirus vaccination: pros, cons, alternatives - #612 by deepshelter

Pfizer-BioNTech granted emergency use authorization for children aged between 6 months and 4 years old in Taiwan.

Taiwan has granted an emergency use authorization to Moderna’s COVID-19 vaccine for children aged between 6 months and 5 years, amid growing numbers of children with severe infections. [Taiwan Authorizes Vaccine for Children Under 6 | TaiwanPlus News]

Food and Drug Administration expects to spend seven days testing the Pfizer-BioNTech COVID-19 vaccines for children, with the aim of administering them to children before May 20. 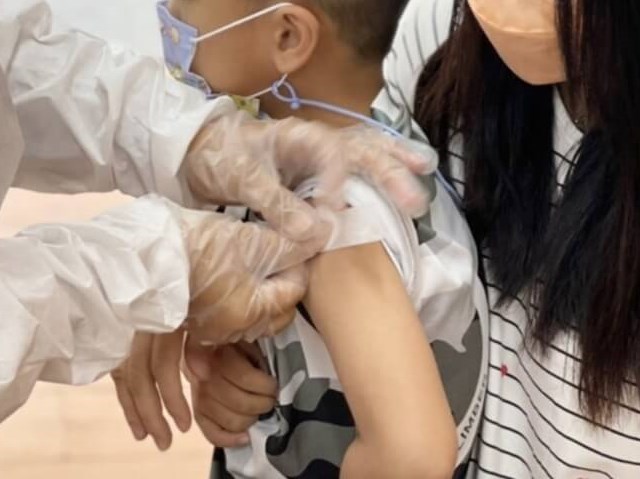 Taipei, May 11 (CNA) A 777,600-dose shipment of the Pfizer-BioNTech COVID-19 vaccine for children that Taiwan was set to receive on Tuesday is expected to arrive on May 16 after being delayed by technical issues, the Central Epidemic Command Center... 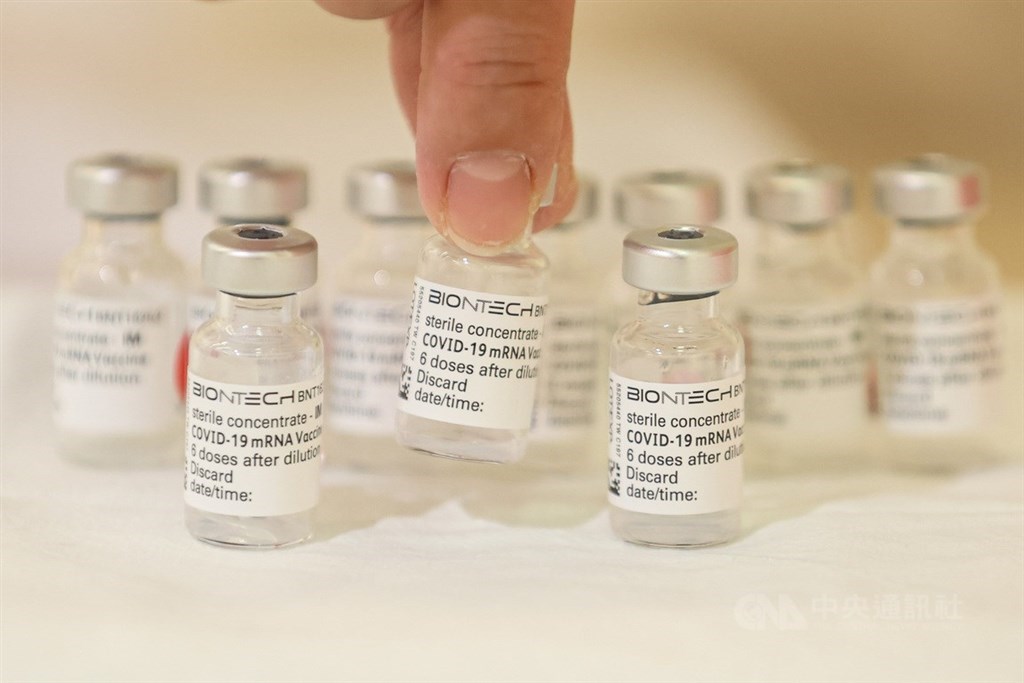 Taipei, April 28 (CNA) Taiwan has signed a deal to purchase about 4 million doses of the Pfizer-BioNTech COVID-19 vaccine, and the Food and Drug Administration (FDA) has authorized the vaccine for children aged 5-11, Minister of Health and Welfare... 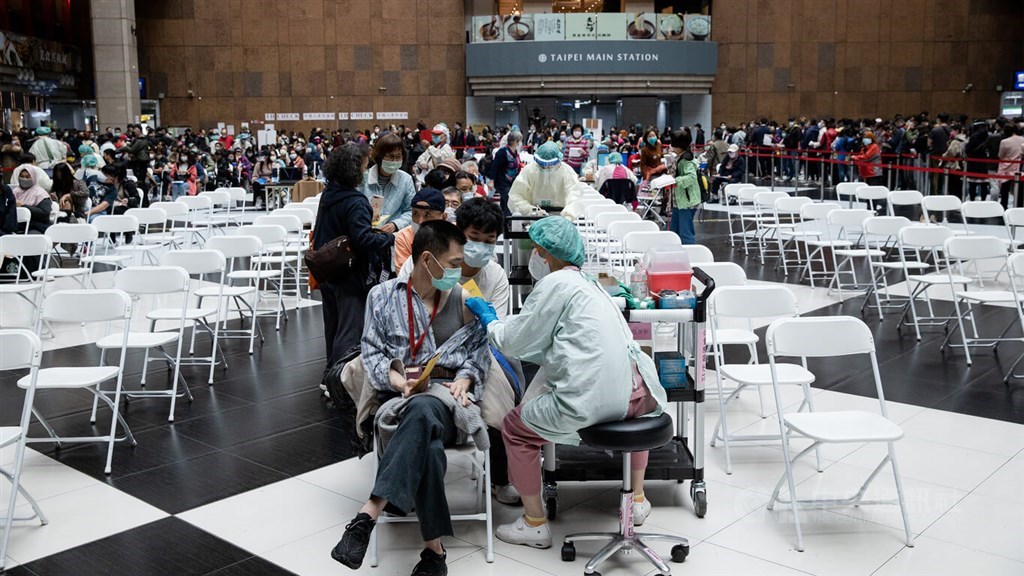 Taipei, April 20 (CNA) Taiwan's Advisory Committee on Immunization Practices (ACIP) approved the use of the Moderna COVID-19 vaccine for children aged 6-11 Wednesday, as well as third doses for the 12-17 age group and fourth doses for certain...

Of potential interest to some parents in Taiwan. Following inspection and testing, the earliest rollout for these newly acquired vaccines is expected to be May 20. Guy 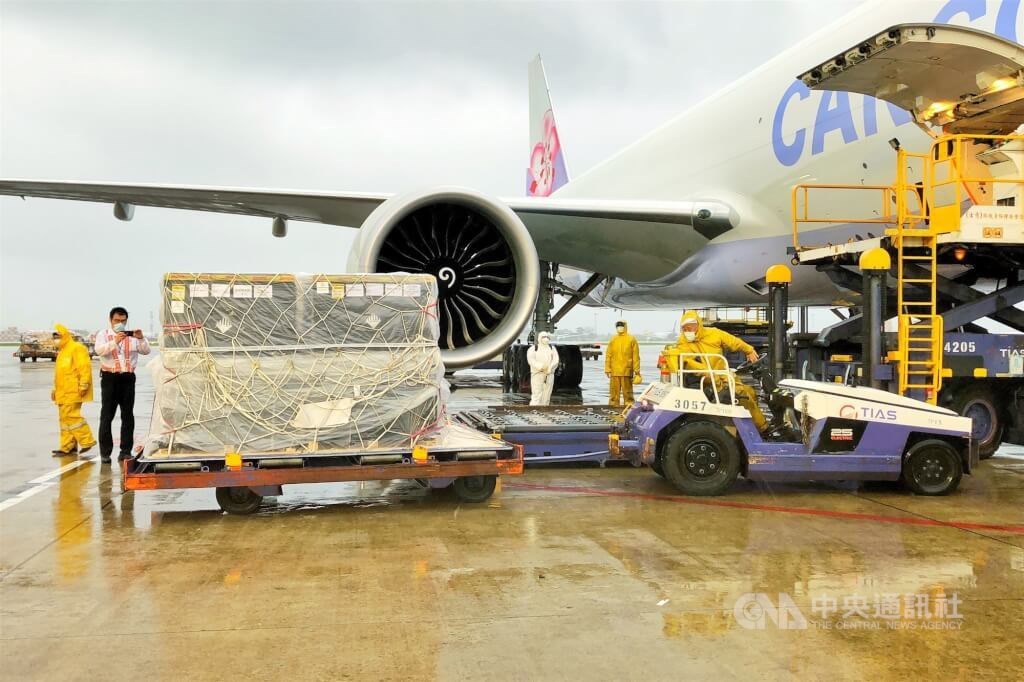 Taipei, May 16 (CNA) The first shipment of a 2.2 million-dose order of Pfizer-BioNTech (BNT) COVID-19 vaccines for 5- to 11-year-olds arrived in Taiwan early Monday, according to the Central Epidemic Command Center (CECC).

Schools, medical facilities to arrange for vaccination starting May 25 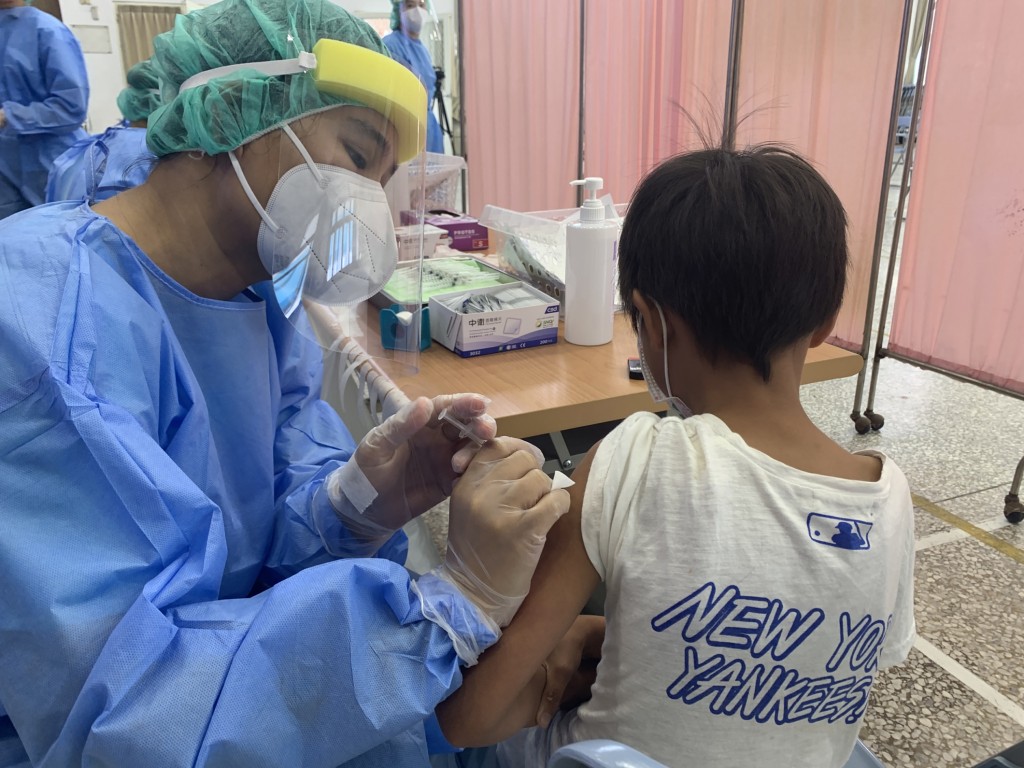 Demand is high. A lot of people are lining up early, some even reserve their spot a day prior.
Hopefully next week it will become more accessible.

e.g. Nantou City Health Center was provided 80 vaccine doses for 5/27. All spots were taken ca. 1h before the place opened at 8am.
Local doctors were also given just a few doses.

Demand is high. A lot of people are lining up early, some even reserve their spot a day prior.
Hopefully next week it will become more accessible.

e.g. Nantou City Health Center was provided 80 vaccine doses for 5/27. All spots were taken ca. 1h before the place opened at 8am.
Local doctors were also given just a few doses.

The government assures everyone that there is enough to go around. My understanding is that supplies for BNT are, in fact, plentiful. And then they provide 80 doses to a health center. Are they f*&^ing crazy? At every stage of this there has been a fight/mad rush at the beginning. Masks, vaccine appointments, rapid tests, booster shot appointments (what am I missing? toilet paper?). And now BNT for kids. It’s getting really old. 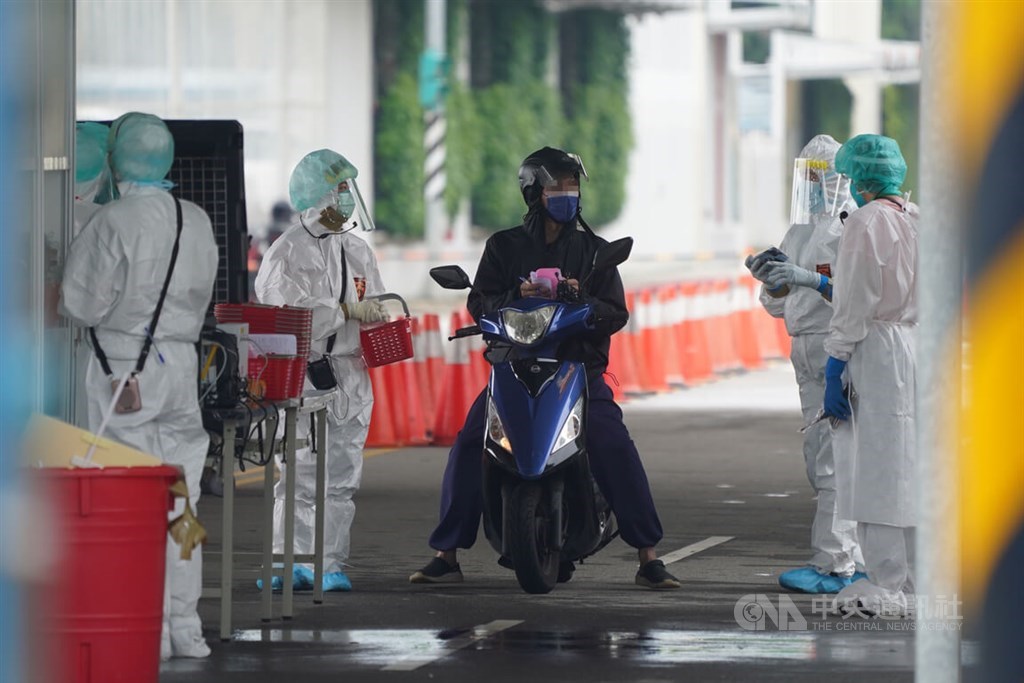 Taiwan’s six special municipalities will each set up a large-scale walk-in vaccination site where COVID-19 vaccine shots for children aged 5-11 will be administered starting June 1
…
in an effort to promote COVID-19 vaccination among young children, cities and counties are arranging for contracted medical institutions and elementary schools to conduct mass vaccination events for eligible children
…
If a young child contracts COVID-19, he or she can only be vaccinated 3 months after recovering 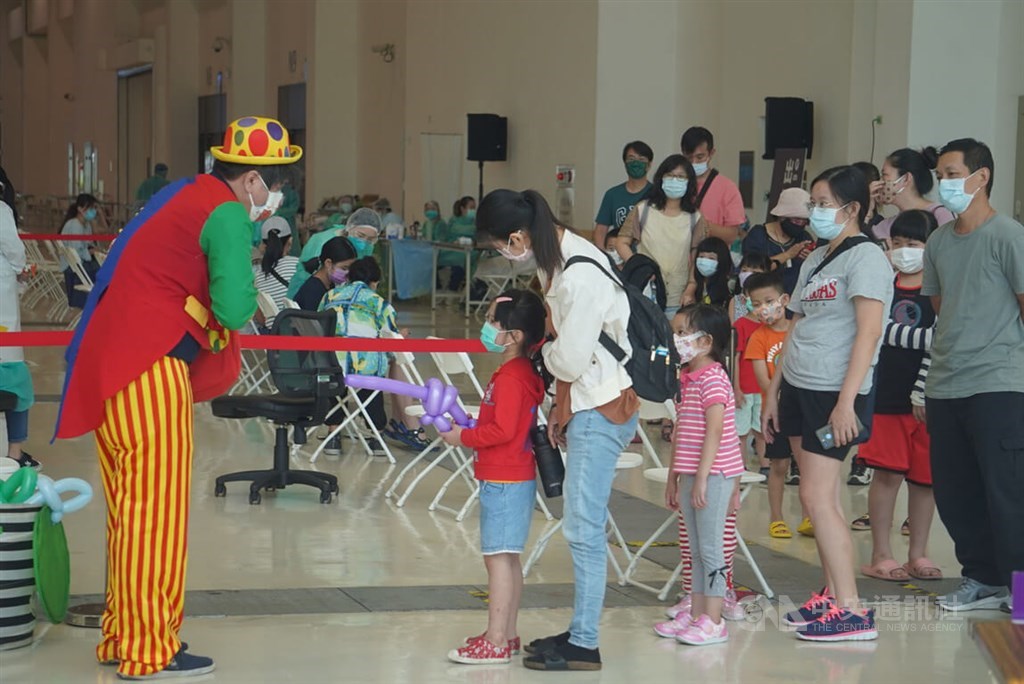 My daughter is getting her Pfizer shot today. Just in time too. Our apartment building is one giant Omicron petri-dish now according to our security guard.

My daughter should be getting hers today, but can’t because she’s quarantined.

Sorry to hear. How are you feeling now btw?

Fine. Just going to be very bored for the next four days.

I did explain to my wife the results of her following all the rules.

Four days… if you start WAR AND PEACE on your Kindle now, you’ll be just about finished same time as your quarantine.

I know I keep banging on about it, but so many rules have become nonsensical now. The quarantine rules aren’t going to make a dent in slowing transmission. As for restrictions on people entering the country…

It’s now embarrassing. But, my wife follows them to the letter and genuinely believes in them.

I think it’s the inconsistency too. Rules for thee (international travelers, immigrant workers), but not for me (locals).

I think it’s the inconsistency too. Rules for thee (international travelers, immigrant workers), but not for me (locals).

You could extend that to the people who make the rules. They never apply to them, anywhere. So, they don’t care how stupid the rules are or how much inconvenience they cause.

My daughter is getting her Pfizer shot today. Just in time too.

My daughter got hers last Friday. No side effects. Just some redness around the injection point.
It was the first day it was available with huge demand, so I had to line up 2h before health center opened to get a spot.

My wife’s younger sister (20+) got covid last week from her boyfriend. She is sleeping the whole time and barely eats anything, feverish.

I think the symptoms from Omicron for younger people will be worse in Taiwan than in other countries because we haven’t had any general build up of immunity over the past two years. There will probably be a higher percentage of symptomatic cases than observed elsewhere. Similarly, this winter’s flu season will be a particularly bad one.

I worried about this with my kids because my wife loves to spray their hands, mask them up, change clothes as soon as they come in etc. They don’t really get sick.

But in the end, the five year old had a fever for two days but no other symptoms. Ate normally.

The ten year old had aching muscles for a few hours and no other symptoms. 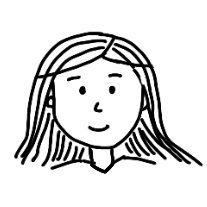 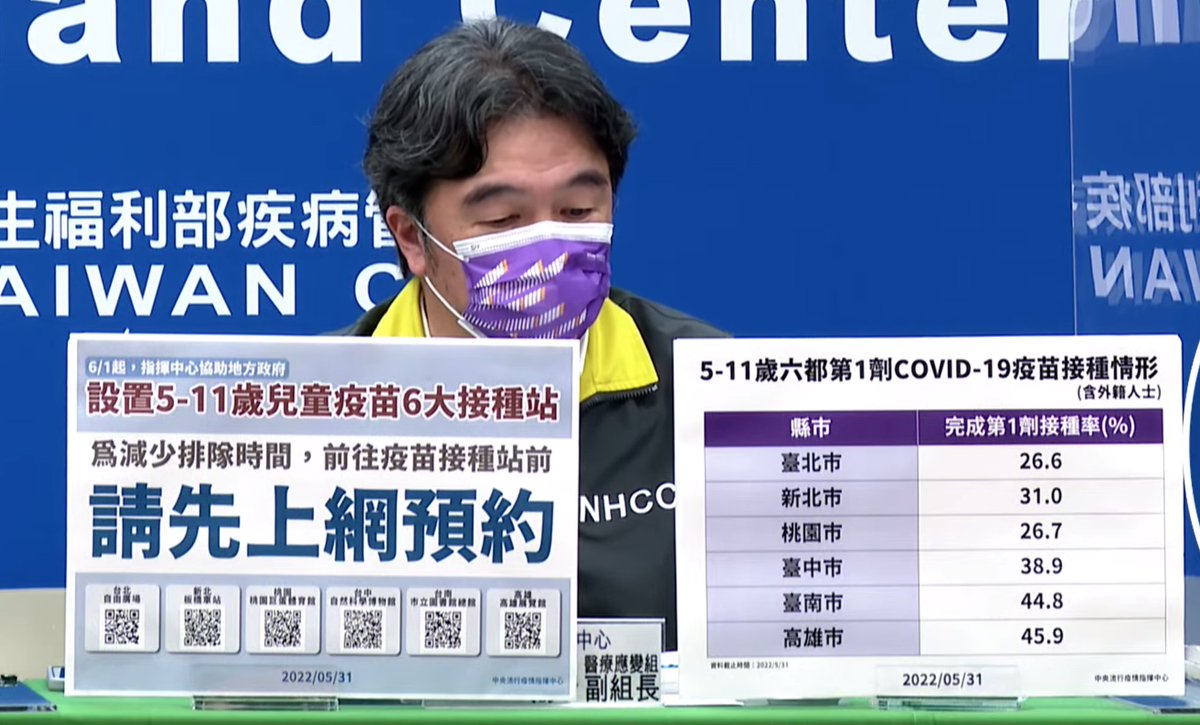 Our ten-year-old is getting his first BNT vaccination tomorrow (Thursday). He has a swimming lesson on Sunday. I will be cancelling his lesson. Just thought I would pass this information along to other parents. 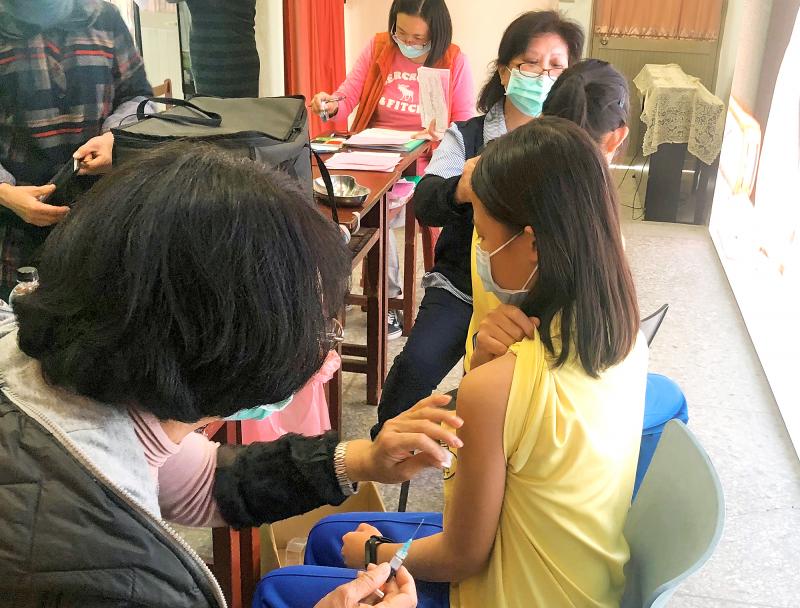 Taiwan is to begin administering the Pfizer-BioNTech (BNT) COVID-19 vaccine to high-school students on Wednesday, and the Central Epidemic Command Center (CECC) has advised that strenuous exercise be avoided for two weeks after...