LOL. It’s funny how this stuff gets memory-holed. I guess the likes of Fauci and Dentist Chen would tell us the science changes.

True. A “sudden spike” would be surprising though, unless either the medical condition or consumption of the product category suddenly spiked, but anyway the headline is still bs.

All the vaccine related issues stem from the decision at the start to vaccinate as many people as possible by all possible means. Why that decision was made, I don’t know.

I’d say it started in Beijing, myself. If this had been tackled with transparency from the start, and the WHO had done their job, people wouldn’t have been so afraid

Big pharma execs still would have pushed their product, though

The mRNA mandates are supposed to be China’s fault now?

$50 barely covers the guy’s office rent and electricity bills. He quite obviously wasn’t doing this for profit.

If he’s running a real plastic surgery clinic anyway, and this procedure takes a few seconds, presumably he’s not taking the $50 for rent and electricity. Also this…

Once screened, Andersen would direct a seeker to make a $50 “donation” per appointment per person via Venmo or PayPal, with the money going to an unnamed “charitable organization.” Federal prosecutors noted that the charity was linked to an organization to which Moore belonged, which sought “to ‘liberate’ the medical profession from government and industry conflicts of interest.”

The defrauding the state part presumably refers to the cost to the state of the 1937 doses, even though those might have been thrown away anyway due to lack of demand.

Throughout the scheme, the group reported the names of all the vaccine seekers to the Utah Statewide Immunization Information System, indicating that the practice had administered 1,937 doses of COVID-19 vaccines, which included 391 pediatric doses. The value of all the doses totaled roughly $28,000. With the money from the $50 vaccination cards totaling nearly $97,000, the scheme was valued at nearly $125,000, federal prosecutors calculated.

True. However, by giving out vaccine certificates, he was also protecting them from wider harms, such as social ostracism.

And also contributing to wider harms by contributing to the ostracism of everyone who either can’t afford a fake certificate or refuses to participate in such a scheme. Imagine for a moment that all the people who got fake certificates instead stood up against the mandates. If it’s 20% as you say, that’s a much larger movement, making it much harder to characterize convincingly as a “fringe”.

If he’s running a real plastic surgery clinic anyway, and this procedure takes a few seconds, presumably he’s not taking the $50 for rent and electricity. Also this…

I must say, It’s a bit weird taking $50, particularly in the manner you described. I mean, most people would either take $500 to cover the risk, or nothing at all. My only point here was that he clearly wasn’t out to get rich from it. Maybe he was just a very inexperienced criminal.

The defrauding the state part presumably refers to the cost to the state of the 1937 doses, even though those might have been thrown away anyway due to lack of demand.

Oh, there’s no doubt at all that he’s guilty of fraud on a technical level. My argument was more about their ethics of the case.

And also contributing to wider harms by contributing to the ostracism of everyone who either can’t afford a fake certificate or refuses to participate in such a scheme. Imagine for a moment that all the people who got fake certificates instead stood up against the mandates. If it’s 20% as you say, that’s a much larger movement, making it much harder to characterize convincingly as a “fringe”.

Well yes … but the fact is that nobody was ever going to stand up and protest about any of it, and enough eyelid-twitching fanatics were screaming “protect me harder daddy!” to give the authoritarians a figleaf of legitimacy. There are still people clapping and cheering about toddlers being experimented on. The psychological dominoes had already been carefully set up for a society-wide collapse of collective will.

I’m pretty sure the authorities knew that the vaccine-pass thing would result in a flood of fakes. They may even have deliberately introduced some loopholes to make them easy to fake … along with a hook to make it easy to find out later who has done the faking. IMO a moral inversion was the overall goal of the whole thing; turning honest, decent people into criminals skulking in the shadows is an essential component of any authoritarian theocracy. Good people must start to believe that they are the bad people. When the arrest occurs, they must be psychologically primed to confess their crimes.

Cough syrup bad, the elephant in the room, ignored. 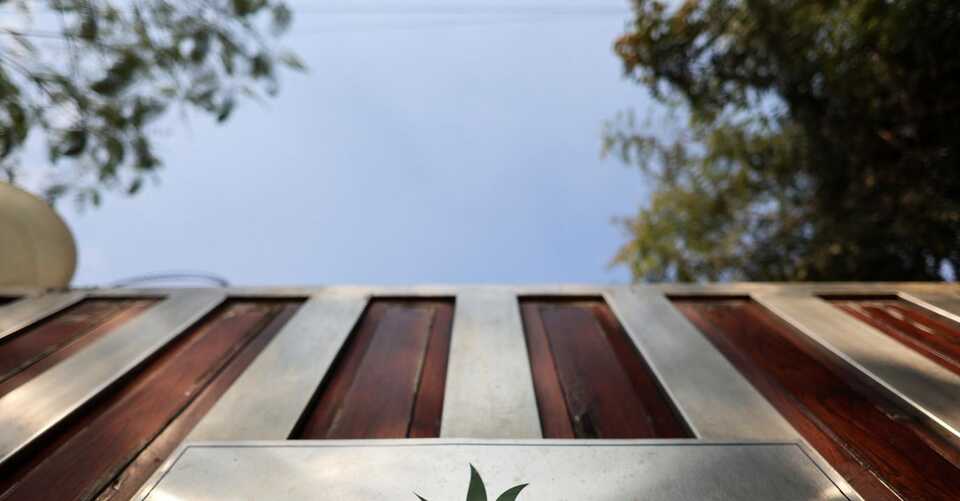 LONDON, Jan 23 (Reuters) - The World Health Organization has called for "immediate and concerted action" to protect children from contaminated medicines after a spate of child deaths linked to cough syrups last year.

Is this good that the WHO have pointed this out, or bad?

The new Chief Scientist of the WHO - Sir Jeremy Farrar is a WEF goon, has ties to the World Bank, and Co-ran SAGE in the UK during the pseudo pandemic,
When the next button is pressed, expect the WHO to go full on tyranny, dictating policy where ever countries signed onto their control. Democracy in action.

Jeremy Farrar is Director of the Wellcome Trust – the world’s second largest independent charitable foundation that exists to improve human health through research. Jeremy is a clinician scientist who before joining Wellcome in 2013 was, for... 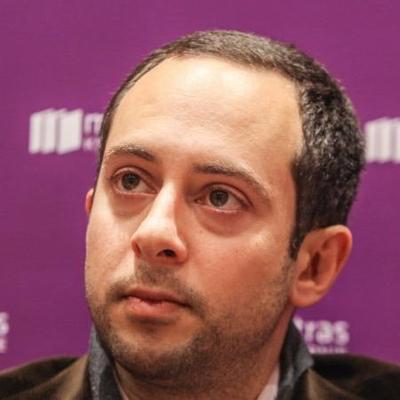 @MatthewTyrmand
BREAKING: @Pfizer Exploring "Mutating" COVID Virus For New Vaccines "There is a risk...have to be very controlled to make sure this virus you mutate doesn't create something...the way that the virus started in Wuhan to be honest" #DirectedEvolution https://t.co/fVfFmCUKPH
finley January 26, 2023, 12:04pm #135

I saw that earlier. Not sure if that’s for real. As far as I can ascertain he is not a Pfizer executive (and he certainly doesn’t sound like one). But I’d like to know who he is and if anyone can verify his identity.

Bloody Jeremy Farrar, unfortunately, is exactly who he says he is.

The new normal. Handed out to school kids who are encouraged to get cardio screenings: Just looking at UK death statistics at the moment. I see that, on average, 1660 people in the 5-19 age range die (all causes) each week. So apparently we can expect 0.75% of those deaths to involve “undiagnosed heart issues”? Hmmm. Possible, I suppose, but … yeah, well.

Project veritas is known for manipulative stories, but not for spreading lies.

But there clearly is a difference between gain of function and directed evolution.
Gain of function in a classical sense is to mix two different viruses (either in a lab or by nature) to create something new.
Directed evolution is more like let’s see where it most likely evolves to. So that part by Malone and the comments put into the video are deceptive.

The actual point is that we finally have someone in a high position admin that the FDA and Co. Is ultimately paid by big pharma. Everyone knows this but no one admits it.

We really need to change the way to make this impossible. It’s like politicians later working for companies making big cash. Who would not think that before they may tip of or influence something already.

This video is good proof about how we went down the vaccine and lockdown path without any proper studies into if it works or not.
I’m sure Pfizer didn’t deliberately make their vaccine unsafe. But once they noticed it is they didn’t want to lose their cash cow and did everything to keep it selling…

Jeremey Farrar, Director of Wellcome Trust, which is owned by none other than…Glaxo (GSK)!

But I’d like to know who he is and if anyone can verify his identity.

TL;DR: All in all, I’d call it, “Bs until proven otherwise.”

(What I can see is that there’s a fair amount of internet scrubbing going on with this one).

Some say he’s bona fide, with “internal Pfizer proof!,” some say not.

Who knows if this bio below is fake? Made by the guy himself, or another: 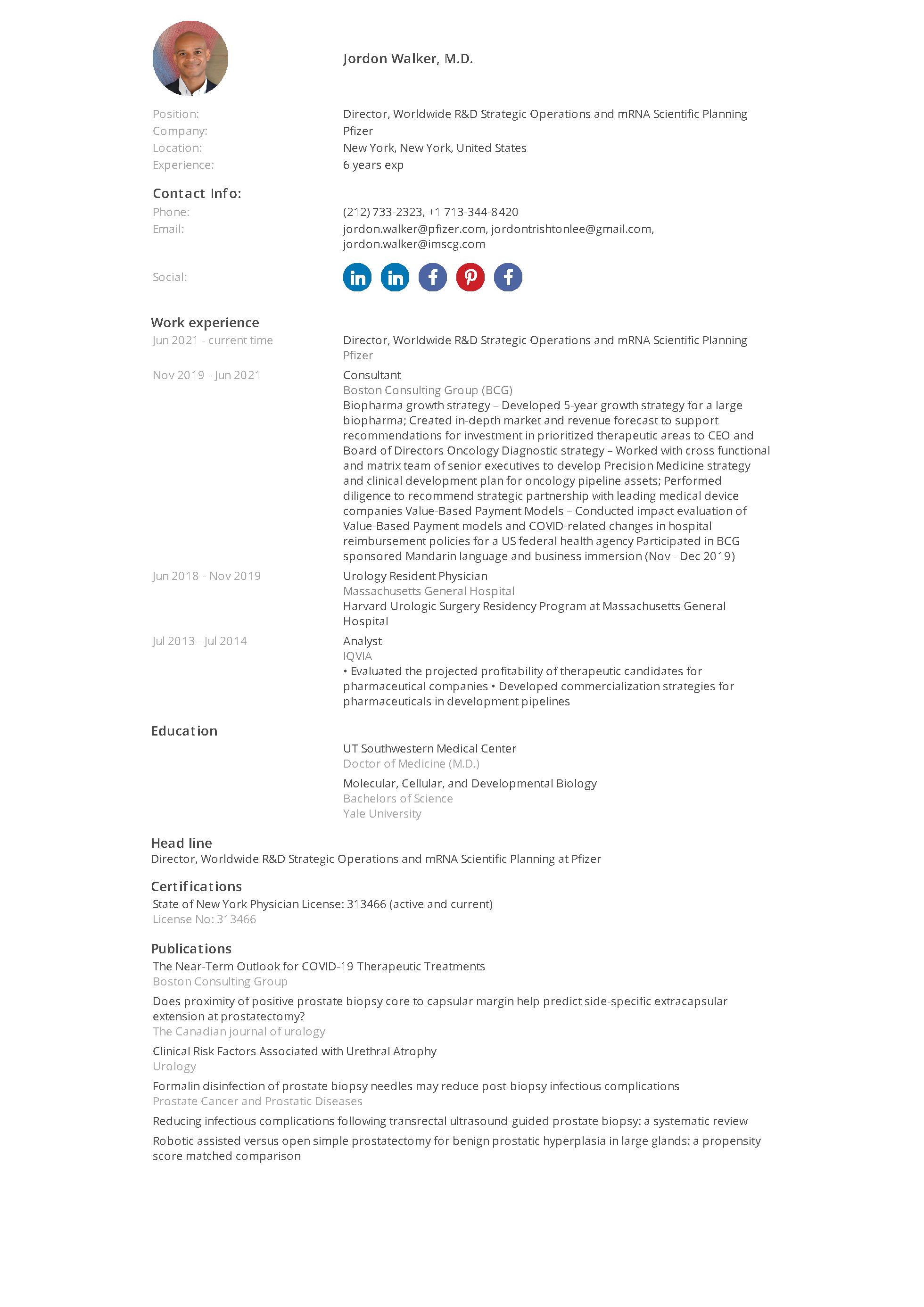 This guy did some background search on him:

Who is "Jordon Trishton Walker"?

Project Veritas recently released a video featuring "Jordon Trishton Walker," Pfizer executive who revealed shocking new info. But finding anything about him is tough. Here is what I've found so far.

With a reply from another:

Hi Brian, to me it looks like nothing in his bio adds up.

Here are some inconsistencies and strangenesses about all the info on Walker you provided: (I’m of the opinion that he might very well be a fake, so we need to be very very careful - I write for Brownstone Debbie Lerman, Author at Brownstone Institute, in case you need my Covid warrior bonafides.)

What planet have you been on the last three years?

Incidentally, Canada is about to experience an anniversary protest this weekend, right when the local government in Ottawa is debating whether or not to reopen the street in front of Parliament to motor vehicles. That’s probably not the best way to promote pedestrianization, but it’s one way!

What I want to know is, did the pamphlet exist before 2020, and has any of the content changed?

This (below) appears to be the 2015 pamplet. Same front page as above. Can’t verify if identical without seeing what’s inside the above.

Side note: Covid vax booster shots now not provided for healthy under 50s in UK.

Would be nice to see Midazolam Matt Wanksock taken to the cleaners for his lie here. 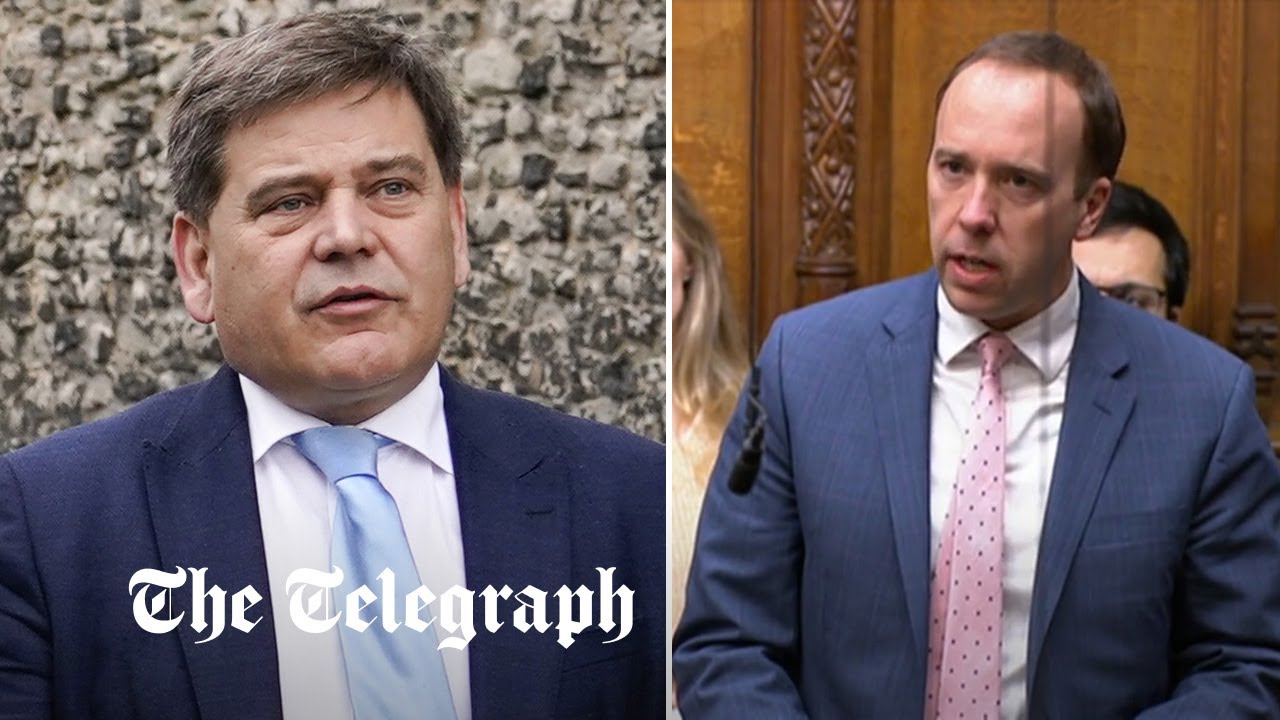 @elonmusk
@ScottAdamsSays I had major side effects from my second booster shot. Felt like I was dying for several days. Hopefully, no permanent damage, but I dunno.

@elonmusk
@ScottAdamsSays And my cousin, who is young & in peak health, had a serious case of myocarditis. Had to go to the hospital.
← previous page next page →