Nigella always talks dirty, it’s like she gets an orgasm when cooking!

sorry fir continuing the diversion, but i have to share this

for original topic this is also priceless

Holy crap, his meltdown is happening in almost all my Kaohsiung groups now. You guys should sub and join in the fun before the mods clean everything up.

What kind of meltdown? Do we need to call somebody?

Is he like organizing a party at his place to celebrate his newfound fame???

Yeah pretty much or just to go get into a drunken fist fight with the guy.

This really is the gift that keeps on giving.

Its a shame really because he could have chosen to get an Atayal facial tattoo, that would actually be cool and would be a means to support indigenous rights.

Wonder if this can help the guy. 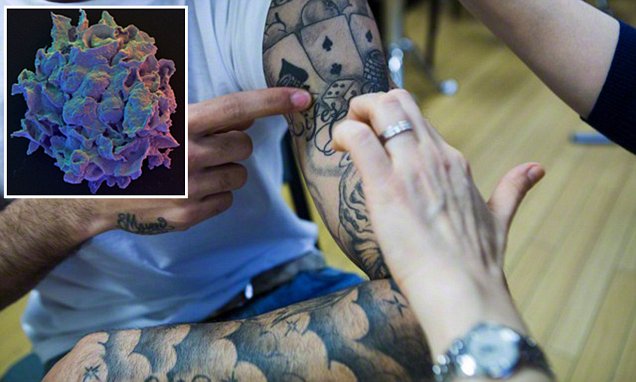 The cream was created by a PhD student at Dalhousie University, Nova Scotia, and makes use of the natural healing process that takes place after skin is tattooed in the first place.

Why take the easy way out? He could reveal that 臺灣 is just one part of an elaborate poem, and every week or month he adds another few characters, extending his 15 minutes to much longer and going from “that idiot with the tattoo” to “that amazing tattoo guy”!

I feel so lucky I witnessed this live on FB last night. Then the people who hate fun stepped in and deleted everything

Then the people who hate fun stepped in and deleted everything

He was going nuts on all the Kaohsiung FB groups last night, challenging people talking shit to come to his bar and… snicker… “face” him. Most of it got cleaned up though.

Most of it got cleaned up though.

Who’s cleaning it up? Facebook monitors in the Philippines or someone else?

Yeah I went to bed soon after he started posting. I just made a post like ‘following’ and then saw him getting aggressive and decided to delete it. Considering I live in Kaohsiung and he would then know my name and what I look like, I didn’t want someone who is obviously unhinged to be holding a grudge or get angry over something so minor. So deleted it.

I’m seriously considering dressing up as him for halloween if I get all my work done and end up going out. I’ll probably get some Taiwanese think I am him though…

Problem is getting someone to do such nice calligraphy work for the Chinese characters. Honestly, they are very nice. If they were on his shoulder, chest, leg, back, anywhere but his face and -butt obviously- they would have been great. Same with the flag. At the end of the day: His body, his choice.

Haha I’m the same way. I have a wife and kid now, so I try not to provoke crazy people on FB anymore (fun as that may be). Sometimes it takes a lot of self-control though. Last night was one of those times

I already have someone to paint my face like that for Halloween but I’m a little worried about having my face plastered all over the media or Facebook or something later haha.

And I’m considering putting my own country and flag instead of Taiwan and country flag.

I’m considering putting my own country and flag instead of Taiwan and country flag.