I am looking for a gay-friendly novel, preferably in Spanish, but if not, in English, for my kids to read around age 10-13, without any overly romantic content or kissing, needless to say no sex. Any leads? Something where the or one of several protagonists is coming to terms with or admits to liking the same sex or doesn’t think they will ever want a hetero partner suffices if there is nothing a bit more thorough and deeper on its treatment of the theme. Of course, the more interesting the novel is, with adventure and so on, the better. Something engaging is always best for my boys, not just something about relationships (they may just yawn). Many thanks in advance! Citrus (stylized as citrus) is a Japanese yuri manga series written and illustrated by Saburouta. It was serialized in Ichijinsha's Comic Yuri Hime from November 2012 to August 2018 and is licensed in English by Seven Seas Entertainment. A 12-episode anime television series adaptation by Passione aired from January to March 2018. A sequel manga titled Citrus Plus began serialization in December 2018. Yuzu Aihara, a fashionable, spontaneous and fun-loving city girl, transfers to a new neighborhoo... Crooked Kingdom is a fantasy novel written by American author Leigh Bardugo. The book is set in a world loosely inspired by 19th-century Europe. Crooked Kingdom takes place days after the events of the first book, Six of Crows, finishes. The plot is told from third-person viewpoints of six different characters. Crooked Kingdom is the sequel to Six of Crows; the two comprise a duology. It is set in the Grishaverse. In the prologue, a Grisha man named Emil Retvenko is kidnapped by a winged Shu ma...

Thanks all so far and to others in advance!

Not excluding the ones suggested above with female relationships, as it’s good to have responses here be broad (my broader goal is just open-mindedness in my children; my more specific goal is just part of letting our kids know that we’re happy with them without preference on orientation), but hopefully we can find something that will keep the interest of boys at age 10-12. It may be a big ask, given the children’s literature market, the age range here, and all the homophobia out there…

For others who might search here, I’ve been directed to this website for some good age-appropriate stuff; just posting it as a reference here for others: 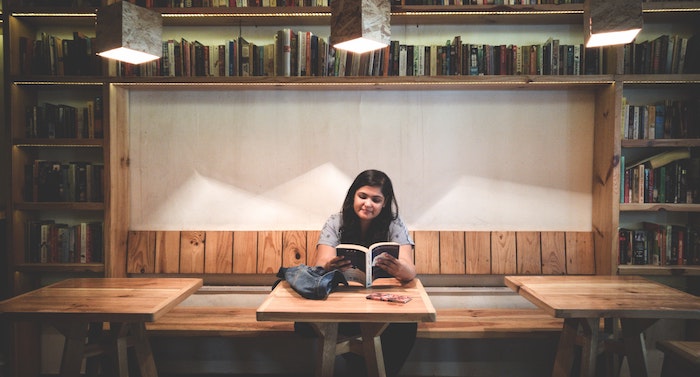 We're currently experiencing a wonderful boom in LGBTQ middle grade books. Here are 15 awesome ones from the last few years!

I’m curious… May I ask why you were looking for those books? If you don’t want to answer that’s fine.

No problem! There has always been societal repression of the perfectly natural bi and gay feelings some have, and so the portrayal of tween to adolescent characters with those feelings has always been taboo (and until recently, adult ones too). We have bi and gay and trans friends, and want our boys to read age-appropriate books in which there just happen to be such characters. You’ll hardly see any where a young person has mixed feelings or is confused about themselves and about whom they like, but such feelings are perfectly natural. I’d prefer that writers, publishers, scriptwriters, directors and the movie industry be more inclusive (and promote equal pay for actors btw) in a variety of ways, from ethnicity, religion and gender to sexuality. So we’d prefer our boys be exposed to stories in which there are strong female role models (who might happen to be Pakistani or Kenyan), mixed-ethnicity relationships, protagonists who are Muslim, Jewish and atheist, not just Christian or with no mention of faith, and yes, who are bi, or gay, or confused; I’ve encountered less of that than diversity in any of the other areas mentioned, which was the reason for the specific question. I’d like our boys to see the whole spectrum, so that they grow up with more open minds, seeing all kinds of people as naturally acceptable and worthy of befriending. Fortunately, there’s been some improvement in some areas, like Disney’s and Ghibli’s animation with strong female leads who aren’t always pale-skinned blondes. But there’s still a lot of room for improvement in diversity in literature and film. I could recommend more books like this, but there are explicit sex scenes in them. 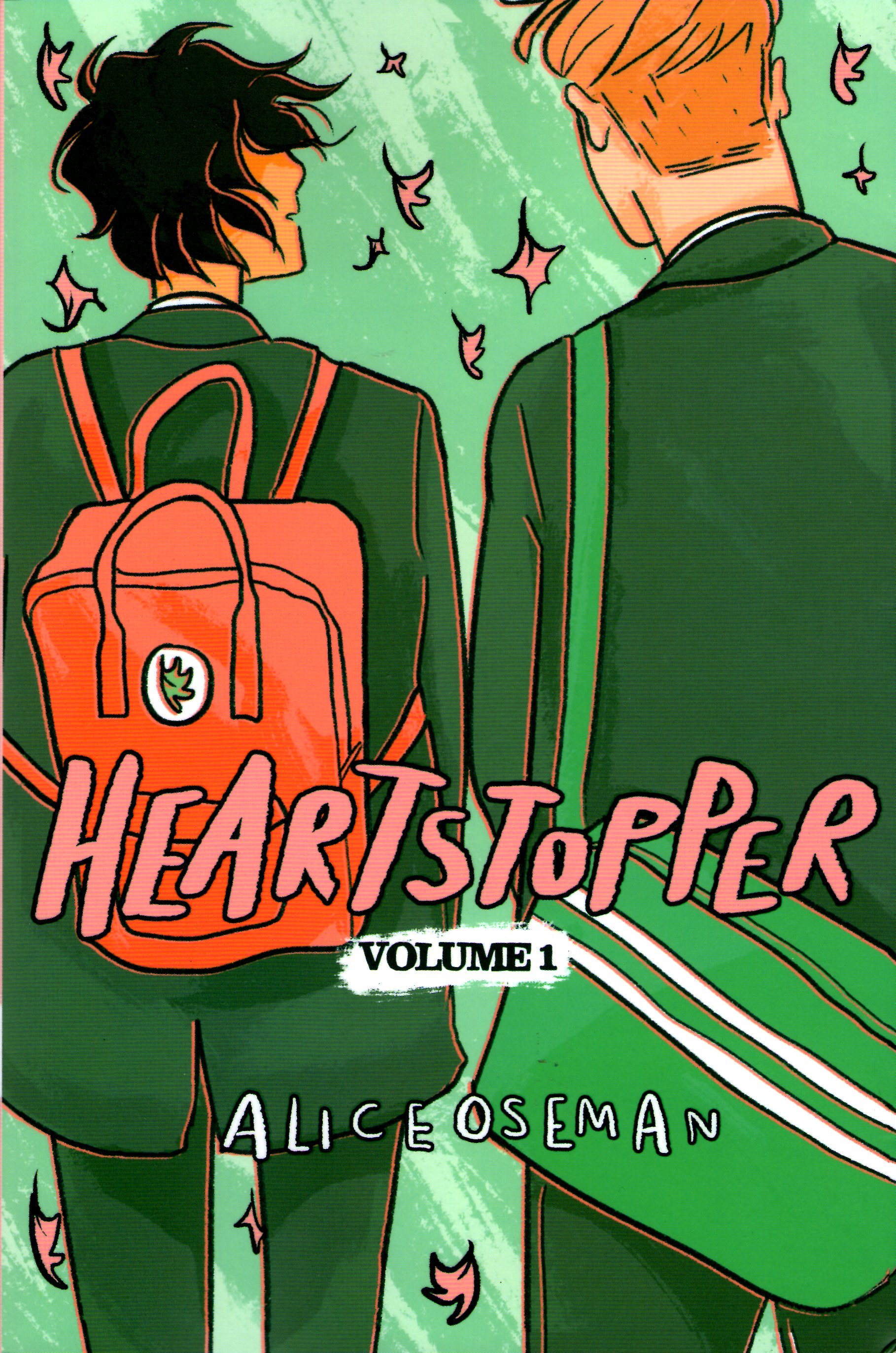 This one is a comic, but I highly recommend it. It is an incredibly sweet and innocent teenage romance. Plus, the supporting cast is great and very diverse in terms of ethnicity. 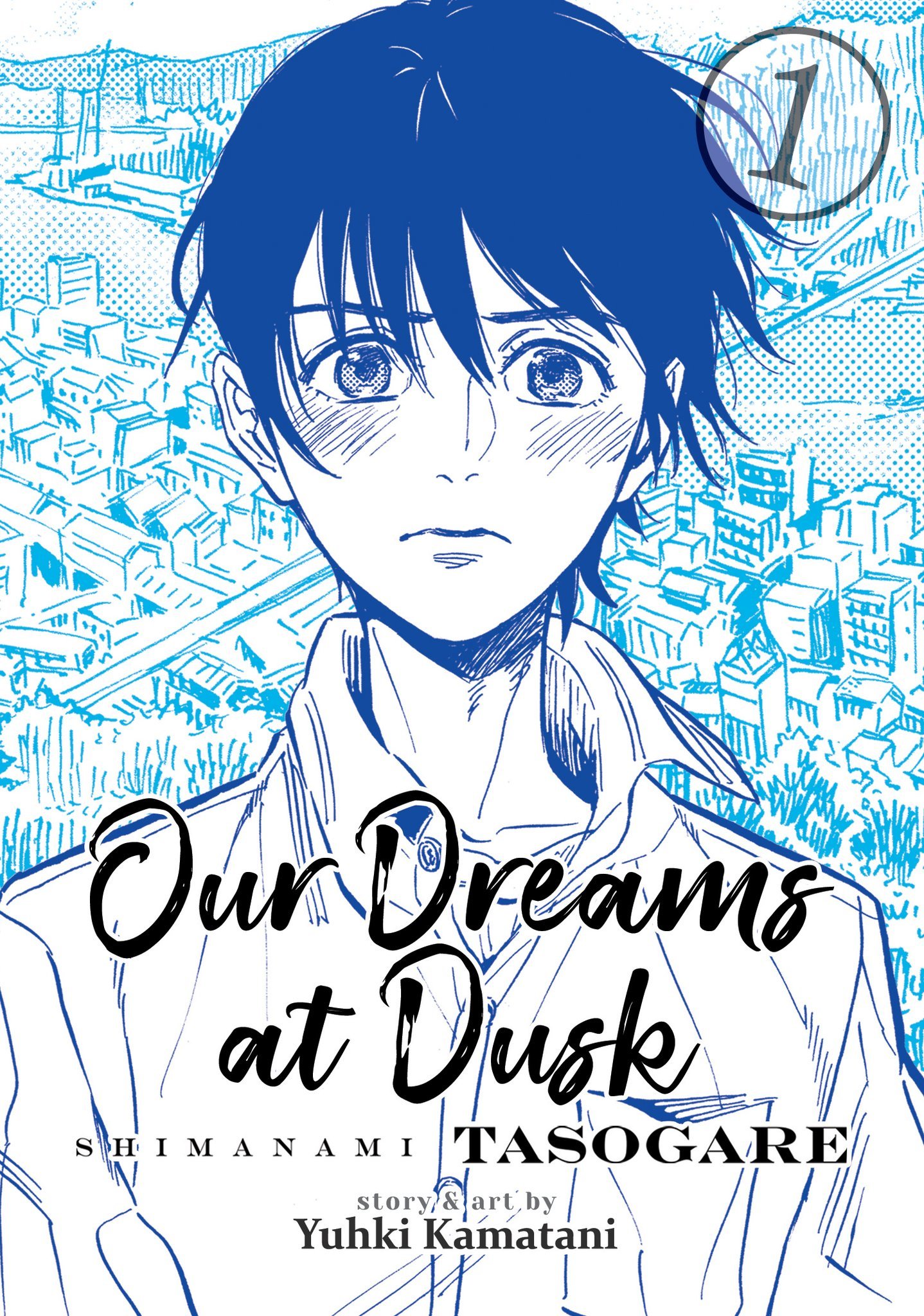 A beautiful tale of coming-out and coming-of-age. Not …

I think “Our dreams at dusk” might be perfect for somebody that wants to know more about different types of LGBT people, as it depicts a young boy questioning himself while he meets other older LGBT couples and people of different genders.

I think you are living at the right time TBH.

Thanks for the explanation. I’ll refrain myself from starting a discussion… It’s difficult but I’ll manage haha.

This book is perfect for age 10-13. You can read it too. I could recommend more books like this [The House in the Cerulean Sea],

After reading some very positive reviews, this sound exactly like what I’m looking for. A book they’d want to read anyway, and it just so happens that one character is gay (or two), but it’s not the focus of the book (or at least not in the spoiler-free reviews I read) and is age appropriate. Perfect, thank you! And they’ve got it Spanish too, even better!

but there are explicit sex scenes in them

Yeah, not going there, LOL. If one of my boys turns out to be gay, there’s plenty of time for them to find and read YA literature on their own at gradually more mature levels.

I stumbled upon I’ll Get There, It Better Be Worth The Trip at the public library when I was 11 and very confused about myself. It was a godsend for me. I’m not sure if it’s what you’re looking for but you can read the synopsis here (it’s not sexually graphic at all, by the way): I'll Get There. It Better Be Worth the Trip

I'll Get There. It Better Be Worth the Trip is a young adult novel by John Donovan, first published in 1969. It was one of the first mainstream teen novels to deal with homosexuality. It was reissued in September 2010 by Flux, an imprint of Llewellyn Worldwide. The novel tells the story of Davy Ross, a lonely boy who becomes close friends with a male classmate at his new school. The friendship later turns sexual, eventually causing Davy to struggle with feelings of guilt. The novel was the subje...

I was having sex with boys my age when I was nine or ten, and we didn’t need any books to figure out how to do it or understand what we were doing… Graduated to go to girls later, also without
books or instructions. I was reading Nietzsche and Rimbaud when I was twelve and thirteen… Discovered without help from anyone. Maybe my elder brother helped with the philosophy. Dad got mad when he saw me reading trashy thrillers and a biography of Hitler, though…

Thanks! No, at age 10-11, I think Harry having a puppy crush on Dean Thomas instead of Ginny Weasley and it ends up with holding hands or sth or even a kiss is more age appropriate than “the friendship later turns sexual”. Y’know, just something where girl likes girl, or John has a boyfriend. But it’s still good to get suggestions for later, and for any others here whose kids are a little older and might be suitable readers, given their emerging preferences.

[quote=“longone, post:17, topic:205316”]
I was having sex with boys my age when I was nine or ten, and we didn’t need any books to figure out how to do it or understand what we were doing… Graduated to go to girls later, also without books or instructions.[/quote]

I’m not looking to hand my kids an instruction manual. I think we all figured it out on our own. I mean, I ended up with kids, so I must have done something right. Not sure what, yet, but I’ll get there.

Just so you know, that’s only an outside description; the book itself never mentions anything physical except a kiss and lying with arms on each other. If fact, when I read it as a kid, I never knew there was anything sexual between the two boys. I only knew they developed a relationship that had stronger feelings than “normal” boys and it validated my own at the time.

I’m not looking to hand my kids an instruction manual. I think we all figured it out on our own. I mean, I ended up with kids, so I must have done something right. Not sure what, yet, but I’ll get there.

I know… I was trying to be funny. I must add that I grew up in a time when there was no such thing as young adult fiction. All we had was kids books, My Big Red Car then a big jump up to Babar, Dr Seuss, and Asterix… There were the Hardy Boys detective novels, that was it. Exclusive of C.S. Lewis or maybe the Hobbit or Narnia. So, I have mixed feelings about the young adult genre. It seems superfluous. I just started reading literature and poetry books when I was a kid.

Try Homer’s “The Odyssey” in a good prose translation, it can make a profound impression if your child enjoys reading … …have fun…

Never read this so I can’t vouch for it’s appropriateness to the thread topic but since a list is being made I thought I would mention it. I remember it was well known in it’s time and groundbreaking.

The Front Runner is a 1974 novel by Patrick Nell Warren. A love story between a running coach and his star athlete, The Front Runner is noted for being the first contemporary gay novel to achieve mainstream commercial and critical success.

… it was the best-selling gay novel published in Spain…

The NYT review at the time called it “the most moving, monumental love story ever written about gay life.”.

Nearly 50 years old, I doubt it gets graphic, being of it’s time, but I don’t really know. Nothing is mentioned about it on Wiki.

Anyway, since the request was for something in Spanish I thought it might work.