Has anyone seen Taiwanese Pangolin in the wild?

Have a weekend trip to the forest coming this weekend (Nantoou) and wanted keep a look out for Pangolins? Anyone ever see wild Pangolin’s and if yes any tips where? I know they used be common but seems rare now)
https://www.youtube.com/watch?v=3xvLeEkc3I8

poor little buggers. how could something so cute get almost wiped out for some nonsense dick medicine. why do they never use cockroaches for these things? nobody would have a problem with that.

They do use cockroaches in china. Its becomming a thing. Theres a good marketing campaign for you.

Saw one at the farm a few weeks ago. Ive seen almost none my whole time here but have always been told they are easy to find here compared to other countries. No tips sorry. The one i saw ran into the juniper farm near our farm farm so theres something in there it likes. Probably likes the no hunter aspect anf no traps being a farm.

10 posts were split to a new topic: Insects as food

Taiwan has the largest concentration of pangolin in the world.

I’ve never seen or considered that Taiwan has or “might be the planet’s highest concentration of the world’s most-trafficked mammal.” 穿山甲 Chuānshānjiǎ in Chinese.

After living here for 15 years [13 of them in the mountains], I have only seen 1 near my home in Beipu. And it’s not like they are fast or agile or anything…

Seen two up on Tatachia in forest around 2500 m while working on ecology project, about 10-12 years ago. Once at night, once at dawn on a cold cloudy day. don’t know who was more surprised: me or the little pillbox.

Pangolins, that is. Can someone split the cockroaches off into the trashcan?

I only ever saw a dead one.

1 time as it wobbles away near me. I’ve seen monkeys crossing in a family from one side to the other a few times. There’s a lot of them on the toroko trail if you trek it.

The baby pangolin hitching a ride on the mothers tail is pretty cute. 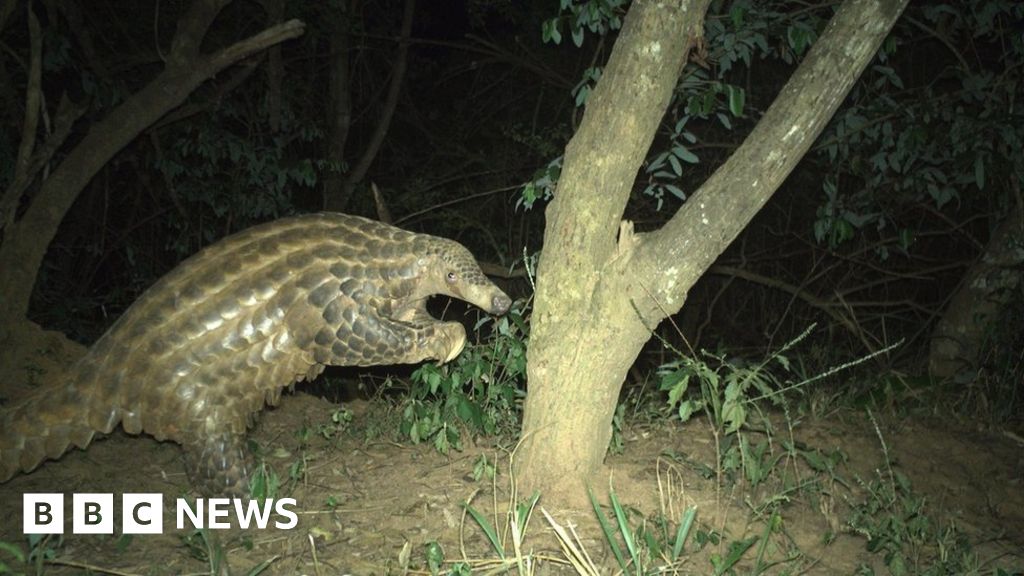 I got up close and personal with a pangolin on the 草嶺古道 (Cao Ling trail) in Yilan.

I saw one three years ago in Sansha at night. I was on a mountain road on my bike and it ran right across my path.

Seems my chance to see one is low, but will keep both eyes open.

AHh its cute, i want one.

There’s a Pangolin that lives near my home and I see him from time to time as I stumbled across his den. So, once in a while I’ll go and see if he’s around. Very cute and docile. Too bad I can’t share the location with anyone or this would happen:

Authorities in Singapore have seized one of the largest ever shipments of pangolin scales en route to Vietnam, worth an estimated $38.7 million.

Cool, never seen one. They are only active at night right ?

Look, they need to sneak sensors into those deliveries and catch all the buyers.

Or they poison them all and say you use pangolin products but you will probably die.

Cool, never seen one. They are only active at night right ?

I’ve only seen him or her in the daytime. The den is deep in the jungle/forest and scary at night. Lots of snakes!

This area had a Chinese Pangolin Museum 穿山甲博物館 up to a few years ago. It has since closed down, but you can see the site of the museum if you follow the Google Maps link below. This is on Highway 197 just north of Taitung City.

I used to know a professor at Taitung University that studied those things. He even kept one as a pet (illegal to do that now). If I run into him anytime soon I’ll be sure to ask, but I think the area shown on your map is probably your best bet.

Or they poison them all and say you use pangolin products but you will probably die.

Not nice, but it would be an extremely effective solution. If people thought they were playing Russian roulette with illegal “Chinese Medicine” products they might think twice about buying them.

Or then again they might not. I imagine we’re not talking about the smartest segment of the human race here.

This area had a Chinese Pangolin Museum 穿山甲博物館 up to a few years ago.

Technically it never opened due to conflicts with the local Bunun Sazasa village (鸞山部落). They were angry that they weren’t adequately informed of the establishment of the museum, so they protested at the supposed opening back in 2014. The museum has never opened since.