Have you learned Ami/Amis? Recommended resources?

My girlfriend is native Taiwanese (i.e. of the original tribes that were there before the Chinese - Half Ami and half Sakizaya). We have a really great relationship and I get on well with her brother and cousins who are all about our age (18 - 25). We primarily talk in Mandarin Chinese (I studied it in UK uni for 3 years and live in China for the past 2 years) with English dotted in the conversation.

I also get on well with her parents, although we talk purely in Mandarin. There is a bit of a shyness barrier between us (on both our parts) and I would like to show I’m making additional effort to break the ice by learning some of their native Taiwanese language (which is Ami/Amis). I was just wondering if anyone in this forum has been in a similar situation and actually learnt a reasonable amount of Ami/Amis and what resources they recommend for it (including websites and books etc.)

I even would be interested if you’ve used any good resources that include Chinese at the same time (or just Chinese > Amis).

Any recommendations and experience would be appreciated.

course.fcu.org.tw/index.php/97a-1331 (some refs to dictionaries and so forth).

I don’t know if “taiwan e tiam” in Taipei near the McDonald’s across from Taida would have Ami materials or not. I think they used to carry aboriginal language stuff, but I didn’t get there last trip.

From the Amis language Wikipedia page I found this Central Amis vocabulary list.

Thanks for those guys, I guess I’ll also need to look in a large bookshop or something next time I’m in Taipei (or is there an equivalent to Amazon in Taiwan?)

It would also be great to hear from any Forumosans who have been in a similar situation, of course most of the coverage in this forum talks about relationships etc. with “Chinese” Taiwanese (being the vast majority and all), but I’m sure I can’t be the only one learning about the native traditions, culture and languages etc.

I don’t know if “taiwan e tiam” in Taipei near the McDonald’s across from Tai-Da would have Ami materials or not.

That is the place to go. It’s in the same lane (physically, not by name) as Bongo’s pub. The bookshop has another branch in Gaoxiong (Kaohsiung).

Since you are not in Taiwan now, you might give yourself a head start by learning a related language for which you can find a textbook, e.g. Malay (Bahasa Melayu/Indonesia), Tagalog (Filipino) or Ilocano (another language of the Philippines). Malay and Tagalog are available in the Teach Yourself series.

(Note: I don’t know any of these languages so I can’t judge how closely they are related, but, for example, pig is babi in Malay, baboy in Tagalog and babui in Truku (one of the Taiwanese/Formosan aboriginal languages).

I was in the Tai-uan e Tiam just off Xinsheng South Road (in Taipei) today and they had the following titles:

Nothing with English, but if your written Chinese is up to snuff you should be ok. 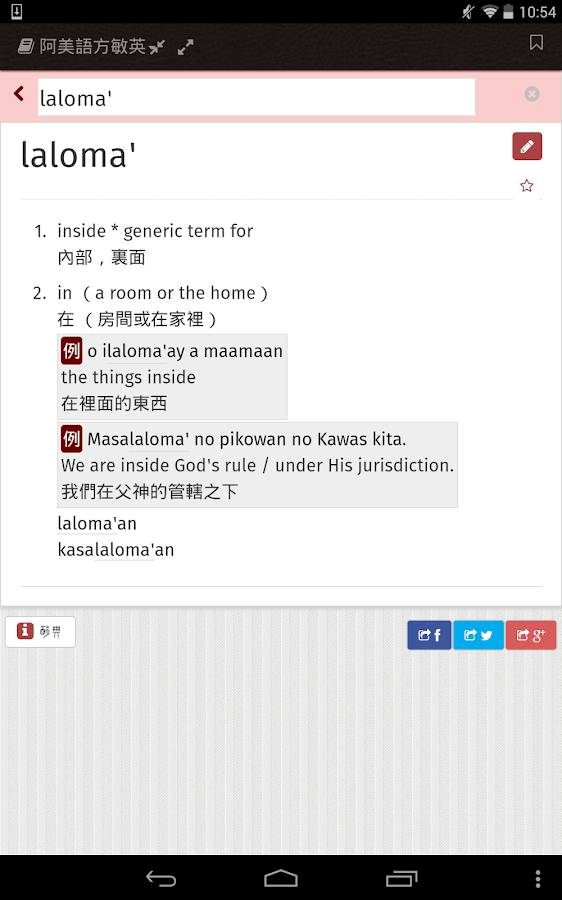 From the people who brought us the MOEdict, now there’s an Pangcah Amis/Mandarin dictionary App available on Android:
play.google.com/store/apps/deta … dict.moe_p No more app, but the site is still active.

No more app, but the site is still active.

A bit too much Mandarin through out the videos, but at least it’s fairly well done.

This channel is amazing, it also has a bunch of other languages Just saw this lesson, which is a Pangcah retelling if a Tao story about a giant octopus.

Reminded me of the story about Kupe chasing the giant octopus Te Wheke-a-Muturangi, leading to the discovery of New Zealand.

From the Amis language Wikipedia page I found this Central Amis vocabulary list.

That link seems to have changed to https://lpan.eva.mpg.de/austronesian/language.php?id=350

(also updated on the Wikipedia page, which was pointing to an Archive.org copy)

Just came across these videos. Heading to the East Coast later this month again and will visit some buluo. 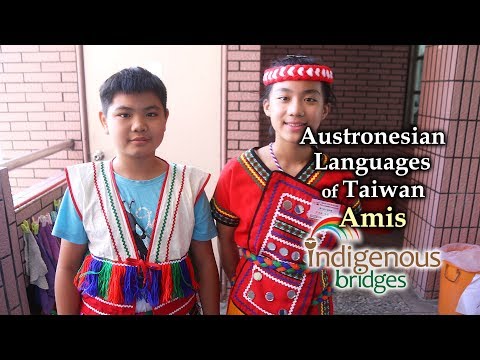 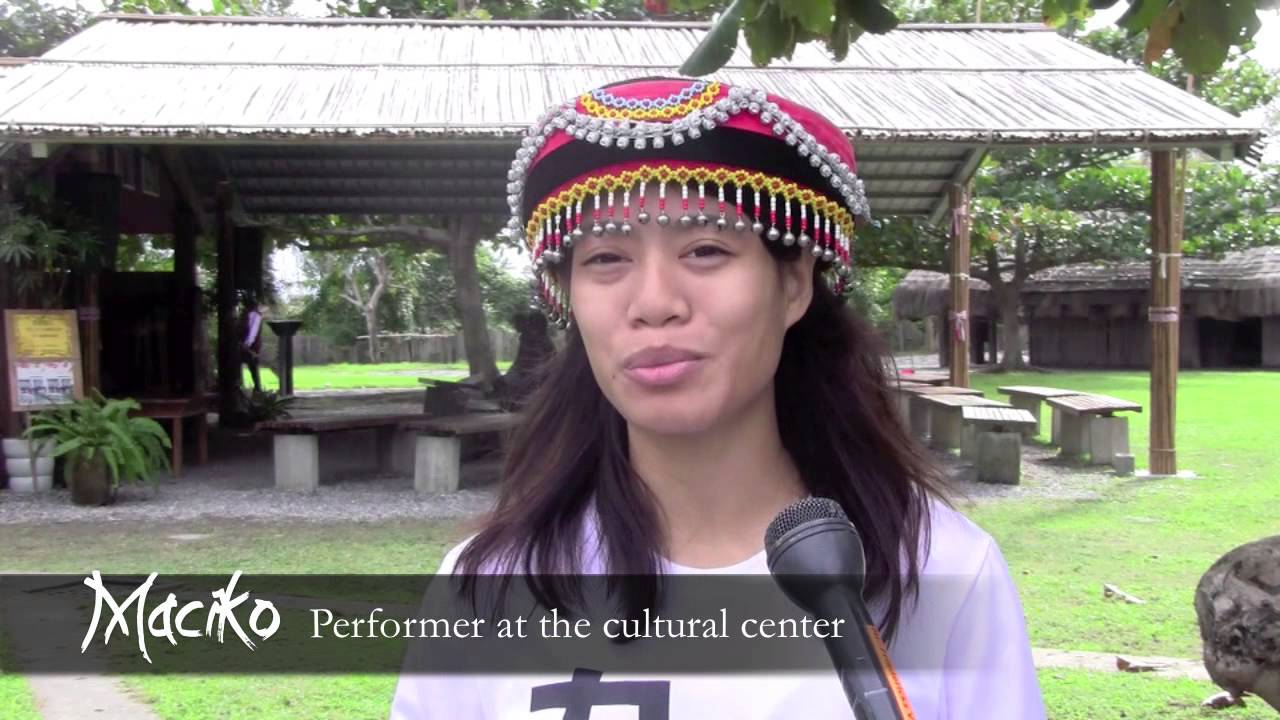 Niyaro’ in Pangcah. Most of the other indigenous languages uses something similar to Alang or Asang to refer to a tribal village. Pangcah is bucking the trend on this one.

The hardest part about Pangcah phonology is the Southern dialects’ Interdental voiced alveolar lateral fricative ɮ̪ or dental approximant ð̪ which are represented with a d.

I just have a hard time pronouncing it…

Interesting how there are lot of similarities between the same words in different indigenous languages, and then you have one which seems to be completely unrelated.

Also love how the young tribe members always seem to be so shy and innocent. 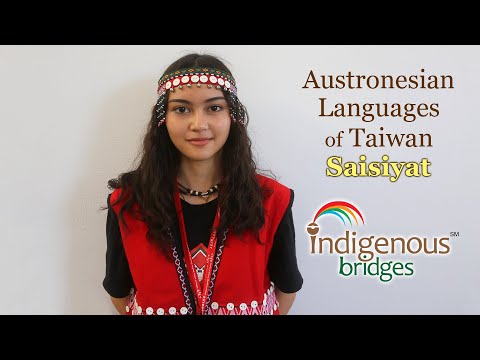 Not Amis, but I don’t know where to share this.

The Saisiyat numeral system is like French of Austronesian languages. It has addition and subtractions before even counting to 10.

What an amazing language, and ma’alo’ sounds exactly like thank you in Hawaiian.

Thank you! What an intriguing channel, and what an charismatic person!