Lots of cyclists. Even saw a mom riding up with a toddler in a child seat.

Did the toddler wave to you and they rode by

One by one seems to work

Who is the statue dude in the last photo?

I passed them first. Couldn’t believe my eyes. I thought she must be riding an e-bike but it wasn’t. Several hundred meters up the hill I got winded and had to take a break. As I was drinking my water, she caught up to me and passed me.

The toddler, a little girl, was just sitting back and enjoying herself.

Taiki, the first person from Okinawa to be sent by the king ( or one of the kings of Ryukyu) to China to establish tributary trade. About 650 years ago.

Taiki (泰期, Okinawan: Taichi, fl. 1372 – 1382) was a diplomat of the Chūzan Kingdom. Taiki was a half-brother of Satto, and had the title Kaniman Aji (金満按司). According to Omoro Sōshi, he was a lord (Aji) of Oza (宇座), Yuntanza. The first Chinese envoy visited Ryukyu in 1372. Taiki was dispatched to Ming China by Satto to pay tribute. From this time on, Ryukyu established trade contact and cultural exchange with China, and imported many cultural innovations from China. He went to China five times ...

And because of that, China now says it has a legitimate claim to ownership of Okinawa! Lolz.

We were paying Japan at the same time in the opposite direction.

Yeah, upload fail I guess. Too many at once? Too big?

Nice pics and nice bike! I love the look of 70s-80s steel bikes. I fixed one up not too long ago, rode it a couple times. Hateful, just don’t know what to do with my hands!

Have thought about the Colnago Master, or something of that nature, but with a modern (round tube though, not those integrated cockpit things) handlebar and groupset.

Who is the statue dude in the last photo?

Dude, what school did you attend? You don’t know who Columbus is???

. I thought she must be riding an e-bike but it wasn’t.

You are aware of these down tube motors, right? I saw a couple of riders years ago like not pushing whatsoever yet advancing pretty fast. Sure enough they were motored.

Colnago Master: one of my favourite bikes. Good luck finding a decent frame for less than a million dollars now. They have become Super Collectible…

Good luck finding a decent frame for less than a million dollars now.

You can order them new, but it’s £2500 GBP, just for the frame. For that money (or near enough) there’s frames with better geometry.

Yeah, I know. They’re hard to tell at first glance, but the fatter tube gives it away. No, she was riding a conventional mountain bike.

Ah. I did not know they are remaking them. I’m thinking of a circa 1990 original. Some crazy paint jobs and arabesque lug work back then. And weird tube crimping for stiffness tuning. 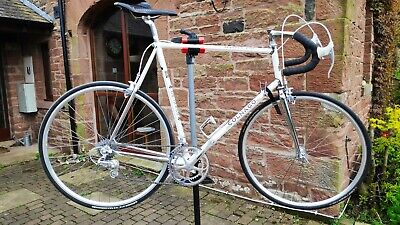 Wow. Not as bad as I have seen in the past. My Colnago from 1982 is listed on eBay the same as a Master now. Lolz.

And I looked at the new model master modern. So similar to the originals except for the modern groupset.

but the fatter tube gives it away.

Giving they home upgrade a test ride to Bali. All good other than squeaky pedals. How does it spin?

Maokong mountain ride not done for over a year didn’t think I was good for it? done with 1 stop take a photo

Mid morning bad time sun on me near all
The way, I was glad to see the top.