Taiwan is not number one this time…

The 12 month Barbados Welcome Stamp is a new visa for remote workers that lets you work remotely in paradise for up to a year.

From the official FAQ:

You will not be liable to pay Barbados Income Tax.

Applications for the Barbados Welcome Stamp Are Open

The 12-month special visa allows foreign visitors to work from the island for up to a year once travel resumes. 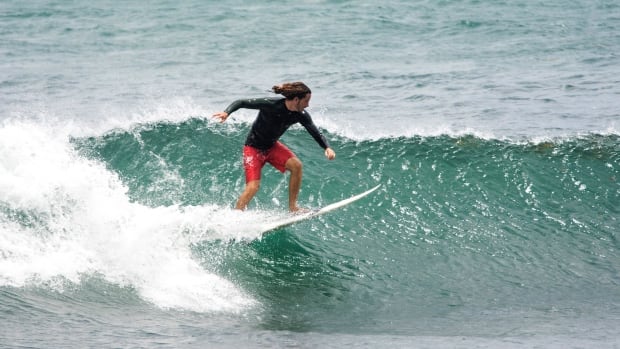 Sick of working from home during COVID? Do it from Barbados, island nation...

The Caribbean island nation of Barbados has a tantalizing suggestion for quarantine-weary Canadians: Working from home is a lot more palatable when you're doing it remotely from a tropical paradise.

It’s about time too. Governments need to realise that concepts like “workplace” and “employer” are simply evaporating in the face of technological changes.

I’d imagine more countries will follow suit as tourism is the biggest transfer of wealth. The present pandemic is wiping out economies globally so many developing countries will need to open their borders even wider to kick start their markets etc as soon as possible.

I hope one day our planet will be borderless.

I hope one day our planet will be borderless.

Nice wish, but will never happen. Ever.

Sounds good for some , Taiwan had a lot of people doing this with no visas, just flying out every few months. Game is up for the moment. I think they should be charged a certain rate of tax though.

Zero tax, guessing there is very little in the way of public health care then, you’d want to be insured.

Seems cool - there’s been talk for a while of other countries (Thailand, Vietnam, Cambodia…) possibly doing something like this to attract remote workers. There does seem to be a fee of 2000 USD (individual) or 3000 USD (family) upon approval, which seems reasonable, so there is some form of “tax” associated with the scheme, in addition to whatever the person spends in the local economy. No idea how that compares with the income tax a typical worker in Barbados pays over the course of a year, though.

I’m a bit surprised that more countries, especially ASEAN ones, haven’t decided to adopt a similar scheme - I think there would be a definite market for it in places like Thailand and Vietnam. It’s just like paying a simple fixed fee upfront in exchange for residency and not having to worry about filing tax returns etc. in a foreign country - seems like a win-win.

sort it out taiwan!

There’s a lot of issues that go with this if you think about it…Tax fairness is THE most important issue.

Why should somebody waltz into a country,enjoy it’s public services and environment but not contribute in terms of taxation if earning in that country.

I would be in favour of a digital nomad scheme, but maybe if they just lived in certain areas ， or invested money in local services for all. So for instance, come and join us on a temporary visa, but contribute to the local community services such as swimming pools, libraries, health services. I also wouldn’t want to see rents or property prices being driven up.

I saw this article in Canadian news. It’s certainly enticing during winter months.

I get your point about taxes ideally being fair, but I’d personally be more pragmatic about it - the issue here isn’t really whether they pay some upfront fee/“tax” or exactly the same rate of income tax as everyone else, but rather whether they pay some amount of tax or pay nothing at all (either by not declaring their income and doing visa runs or by simply going to another country where the rules are sufficiently lax to allow that).

One country (and to my knowledge, it’s the only one out of ~195 countries) has now decided that they’d rather let people come for a year and pay a flat fee for that (which works out as around 4900 TWD per month - I don’t know how that compares with the average monthly income tax in Taiwan, as an example), as opposed to going somewhere else and paying nothing to Barbados. The approval fee and the spending are contributions to the local economy. Doing the visa run thing anyway also comes with additional expenses in lieu of actually having residence somewhere (e.g., plane tickets, hotels, bank fees, international health insurance), and the tax rules of most countries haven’t yet really caught up with some people being able to live and work anywhere (e.g., reporting overseas income received in different currencies and countries across various parts of different tax years, which is a bit of a disincentive, and a costly one at that (since the person will probably need an international tax advisor to figure it all out), to them filing taxes in each jurisdiction).

I think this is a positive development for remote workers, and we can see whether it works out as a net positive for the country as well. I think it’s a reasonable model for a country to try, anyway, if they want to attract people who can live anywhere to move there and pay something rather than going somewhere else.

Lets be honest they probably spend more than the average local. Anyway this ain’t gonna happen in a million years so who cares?

But what would happen if companies took advantage of it to not pay laobao or jianbao to foreigners. It’s not an academic question. Certainly needs to be a structure in place and they would be welcome then.

Yea you have to realize immigration laws are driven by conservatives who wants to keep foreigners out. There are benefits to open border but they will not see it, but if they have their way there would be no such things as international travel or trades.

Barbados is expensive. So is Bermuda, which is also implementing a one-year digital nomad visa.

Amongst non-islands, Estonia, which has been teasing their program for years, is finally ready for implementation. And Georgia is doing one as well (although Georgia is already one-year visa free for most countries)

They probably shouldn’t get things free like NHI, they should have to pay in someway. But generally, the money they spend with locals can be enough to cover any of the cost. I’m not sure if that’s true in wealthier places. But definitely for most SE asian countries.

7 posts were split to a new topic: Draconian immigration laws in the USSR (etc.)

On a side note, Barbados is rather expensive - especially the food, everything is pretty much shipped in. The rents are definitely higher than you would think as well.

Despite Georgia’s generosity there’s history and politics involved in the country like most regions on the planet.