Ketamine and receiving a fine

If I test positive for ketamine as a foreigner, am I looking at deportation or just a fine like the dude in the attached news story.

Seems like ketamine is quite the thing here. I see lots of people at my work dip their smokes in K, which I diddnt even know was a thing. I’ve normally only done coke size lines which I instantly regretted.

Does Taiwanese society view weed as a worse offender compared to ketamine? I wouldn’t even know where to purchase weed in Taiwan, but I can find ketamine very easily. Why isn’t there a bigger crackdown and media scare about the dangerous of ketamine in Taiwan? 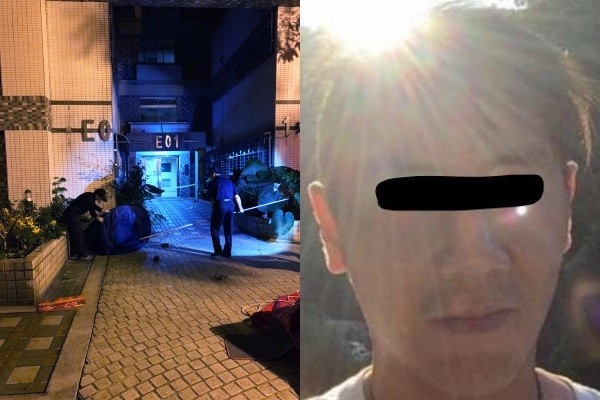 Why isn’t there a bigger crackdown and media scare about the dangerous of ketamine in Taiwan?

There has been really. On the news all the time

Does Taiwanese society view weed as a worse offender compared to ketamine?

I can’t learn my lesson

I know it’s anecdotal, but a lot of university kids I talk to seem to think ketamine has far less of a negative stereotype when compared to weed. The average tai-ke uni kid seems to view putting ketamine on your smokes and chewing betel nuts in the same light, but weed is seen as more of a serious drug with negative stereotypes surrounding it. Idk why that is, but I don’t think it’s a good thing…

Interesting. Those are the kids doing ketamine though, so I’m not sure their opinion is totally representative

I meant your average TVBS watcher

I think your average TVBS watcher needs to understand that ketamine is MUCH MUCH worse than smoking some grass, and that hopefully that view rubs off on the youth. I live far out In the countryside and it’s sad to see young people turn to drugs as they don’t see them as being that dangerous.

It is weird. Weed is listed as a class 1 narcotic or something which doesn’t help

Anecdotally I get that opinion too.
Probably because it can be found so readily in clubs so it isn’t really feared whereas weed is harder to come by, so people think it must be dangerous.

You never hear of a weed smoker cutting off his mother’s head. He’s too busy chilling and having the munchies.

This is a bit dated (newest schedule not up on FDA site) but seems in 2014 weed was schedule 2, ketamine schedule 3. Maybe that’s because it has a legitimate use in veterinary medicine

Probably because it can be found so readily in clubs so it isn’t really feared whereas weed is harder to come by, so people think it must be dangerous.

This makes a lot of sense.

Can’t they class 1 it, but still have it available for medical professionals/animal trainers ect.

I don’t know what the different schedules imply exactly. But I don’t think ketamine is on the heroin level either, which is what schedule 1 is about

But I don’t think ketamine is on the heroin level either, which is what schedule 1 is about

Yeah, I’d also agree with that.

You never hear of a weed smoker cutting off his mother’s head. He’s too busy chilling and having the munchies.

They’re generally only a danger to themselves.

Marijuana grower nearly decapitates himself with his own booby trap

A New York marijuana grower has died after driving into his own booby trap.

Ketamine is not a good thing to ingest. It’s basically animal tranquilizers. My uncle was a vet and used it to sedate wild cats. Also known as Special-K on the party scene. When I was a high schooler, I was coming back from a party with a few friends. I was in a bad car accident. No one was seriously hurt, but the car was totaled and it looked like smoke was coming out of it. Most of us got out of the car, but my friend in the front passenger seat was in a K-Hole… basically a zombie trance induced by Ketamine. He had to be dragged out of the car because he wasn’t moving. Luckily he snapped out of it by the time the cops came (and yes, the driver was sober).
So no, ketamine is not a great thing.

As an aside, and this isn’t directed at you, OP… just speaking generally… but, doing any kind of illegal or controlled substances in Taiwan is asking for trouble. I’m not anti-drugs (well at least not the “soft” ones). But I am anti-fucking up my life.

This is an interesting article, but the source is unknown unfortunately so it is not verifiable.
https://www.vice.com/en_au/article/mbaye8/why-ketamine-is-the-best-drug-on-earth

OP… just speaking generally… but, doing any kind of illegal or controlled substances in Taiwan is asking for trouble.

I don’t do anything myself while working in Taiwan, but I find myself constantly surrounded by it. I went to a friends wedding yesterday which was packed with nerds who mostly all work in IT/engineering type jobs. I was shocked when I went to the bathroom and all these geeks are cutting up fatty lines of ketamine. I seem to be seeing a lot more usage on the daily, and not just in my tai-ke/mei friend circles.

Does Taiwanese society view weed as a worse offender compared to ketamine?

The way Taiwan sees drug use is pretty mysterious. K and molly are both pretty prevalent in the club scene and they definitely render you a lot stupider and put you in more potential danger than weed does. Some of the wealthier partiers here even go in on coke.

That said, most of the people I know here don’t consider weed especially dangerous anymore. I think they just can’t really wrap their heads around the way a recreational drug like weed can become a “lifestyle” thing, like smoking cigarettes. They think of drugs as a one-off thing to do at the club one night here and there. So the idea that you can become a stoner is new to them and seems like something only deadbeats and criminals do.