Happy story though as he met this super hot girl who apparently had no sense of smell. Rest is history.

So it’s true – opposites do attract!

They make that stuff in Thailand too, various brands. All the ones I’ve seen in Canada were made in Thailand. But when you buy it in Thailand, it usually turns out to be scented.

But TW (almost) always lack a smell, even after a sweaty day.

We have a couple of colleagues (most specifically one male and one female) who are on the very ripe end of that spectrum. Especially towards the end of very hot days!

Yeah, having posted what I did, there are rare exceptions.
And they definitely make their unique status known.

Ok. I’m not living in the North and usually take the HSR and taxis to my meetings in Taipei. This Friday evening I arrived late evening evening and decided that spending NTD20 and walking ten minutes was a more logical decision than taking a taxi for NTD200 or more. Around Friday evening 8:30 pm. I transferred from one line to another (red to green or something like that; again, not a veteran MRT commuter). I have to say that the stench of B.O. permeated both trains. Truly rancid. I retract my previous statements as usually I take the HSR and have fewer chances to encounter this real-life situation.

In a similar thread, I would recommend, first, the powdery deodorant sticks (harder to find), followed by the roll-on, and, finally, the spray. For me, a sweaty s.o.b., the spray doesn’t last the time it claims (in some cases 48 hours). I’ve heard the Axe works well, in fact, even hearing rave reviews. I ordered three spray cans online. I do NOT recommend it. No lasting effect.

I’m really thinking a lot of the stench is from the food coming from bad breath and seeping out of the pores of the skin.

This was undeniable (think of P.E. class) rancid B.O. So distinct I had to sniff my own pits to make sure it watch my sweaty body.

Me and my spouse enter a bus. Entire bus is full except two seats in last row. Window seat is empty, middle seat is empty, but in between these two empty seats a woman is seating.

My spouse takes window seat (the woman doesn’t want to move from her seat). I ask her if she could move so we could seat together. She starts arguing in Chinese - I believe she said - I won’t give up my seat!

Really irritating experience! Never had I encountered such person on MRT or bus here before.

Life on the Buses 2018 Living in Taiwan

I really wanted a video of the driver’s foot today when he kept stomping on the gas like 18 times between each stop light jerking everybody on the bus all over the place bus number 208. I’m getting on the bus and the bus driver closes the door on my bag. Then someone else wants on behind me so opens the door and almost slams my hand in the door.

Yesterday on my way to Taipei I really had to change seats, the woman sitting next to me or the couple in front had a really bad stench. Not the first time stinking but this was OTT.

As I seldom take the MRT, here’s my chance to share another story. A deaf couple arguing in front of me was something to behold. ASL and the Chinese version are very different, but I think I figured out the sign for “idiot”. I wish all arguments could be that silent. Some signs were obvious, but I’m curious as to how Chinese signers use their finger language (I had once known the alphabet in ASL, but can’t imagine how the one handed “alphabet” works for Chinese; guess if better Google it).

Keeping up with my watch over handsome men on the MRT, there was this Tormund lookalike a few days back. Seriously, like 2 meters high, well kept round fluffy beard, so red haired. the kind of man that can cover a whole MRT station in two strides.

Guys there was another incident in the mrt tonight. An attack with a box opener, one person seriously wounded. Taipei Main Station.

Guys there was another incident in the mrt tonight. An attack with a box opener, one person seriously wounded.

I think I better quit watching YouTube and listening to music when on MRT and start looking around.

Do these always kind of events have something in common like rush hour after work or something?

Couldn’t find it in the English media

Only reference I could find is this. 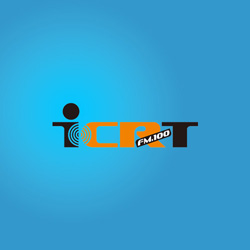 Looks like one woman slashed another woman with a utility blade. Yikes. Sounds like they caught the attacker at the scene

Yep. But I fear the wounded did not make it. They are not daring to say it but seems the wound was too deep, bleed out too fast.

Yep rush hour. Around 7 something.

Holy shit, that is terrible

You know, I bought some pepper canisters to take when I visit the old country. Think I’ll better start carrying one on the MRT.

Not a bad idea, it is a worrying trend that’s for sure