I wonder anyone here who lived in China can comment if this is a good idea?

So Mr. Pooh Bear made a rule saying anyone with Taibaozheng can go to China and work… so I’m wondering how is life in China? Is it worse than Taiwan? How about jobs?

But Chinese first-tier cities are fun, modern and there is still opportunities available. If you have a nice place and find some good friends, keep your head down and dont talk about politics, then you can have a decent life still.

Opportunities will be most in Beijing in the North, but its a really expensive city, comparable to NYC. Qingdao and Dalian are two other nice and prosperous northern cities.

What do you want to do there?

What do you want to do there?

Well I don’t know… honestly I just want to get away from heat. Taiwan summer is too hot and I hate it. One big reason why I never taken any major steps to move is because I have no idea what I’d do there. Maybe I can build guitars in China, but I don’t know what the specifics for starting a business there is, and now “made in China” is kinda known for being junk. I mean the did manage to build their own space program so it can’t all be bad (it’s junk mainly because all the Western companies there demanded low quality). But I don’t know anyone in China so I wouldn’t know how to take advantage of any opportunities there, if any.

I am not sure I can afford to live in Beijing, because seems an apartment there is over 10,000 RMB which is really expensive compared to Taipei. I thought I can just find some kind of workshop in China and move everything there, or go there for the summer to avoid the heat (like in Harbin).

My dad kinda suggested that I get a Taibaozheng so if China wants to attack Taiwan I can go to China.

Maybe try and find a job before you go and see if there is any demand for your skills first. Cold contact some company in China. China has a lot of educated and skilled people. There isnt really any point in you going now, unless you have a clear plan or opportunity.

Its not 2005 anymore, its not the land of boundless opportunity

Manchuria. Go north or northeast for maybe better weather, but winter could be snowy. Maybe stick nearer to the sea.
China is making better stuff now. On second China smartphone, and quality far surpasses what non-China brands often, at the price level.
Taiwan used to be known for crap radios, etc. in 1970s. Now look at it 50 years later.
Society has a way of demanding quality as incomes go up. Same thing with environment. Japan was disastrous in 50s, 60s. Now look at it. Called the environmental Kuznet curve (EKC).
China is forcing banks to loan to green industries at low interest rates, while charging much higher rates to dirty industries. It is showing change in that regards.

I was there a bit earlier, totally wild west (mostly lived and traveled below first tier cities), what a ride!

Foxconn makes products for Apple, Microsoft, etc. and so they are not free to dictate quality, as those makers would want lower quality in exchange for profit.

I know you personally, don’t even consider it.

I only know vicariously through the forum, but i also don’t see you having an easier time there than here.

You won’t find the people more generous, patient, and open minded. Not to mention that you have told us you are gay and autistic,

Anyways, what’s your visa situation for China without a job?

I am a Taiwan citizen so I can get a Taibaozheng. Used to be it was more limited, requiring separate entry permits (that you get upon landing), but Mr. Pooh Bear changed that to letting people with Taibaozheng get unlimited working rights from 2018.

If you enjoy using phrases like that, I would say maybe don’t move to China.

I use Wechat and I don’t use phrase like that over there. I’ll change if I move there. Otherwise there’s no law in Taiwan against using that phrase.

I’ll change if I move there.

I hope you know yourself better than we think we know you. 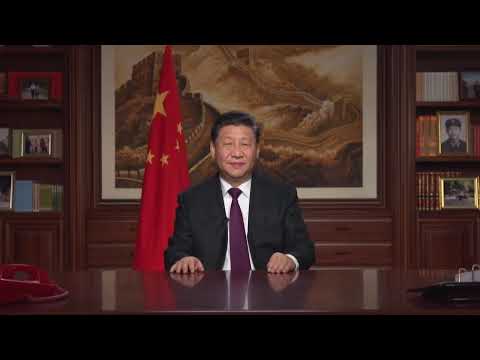 Chengdu gets hot in summer

You clearly have no idea how OEM outsourcing goes.
That was not even the case in the early 1990’s (when China was still a wild west), and surely not the last 15 years.
In my opinion, there is nothing there which will be an advantage over what you have here at your disposal, nothing.

Yes. That was my point. It’s horrible in summer. Much worse than here. Dusty and no rain.