I took the New York Post cover story by Laura Italiano that ran with the tabloid headline 'Kam on in' at face value. I have treated the Post as a trusted source, but it turns out that this story appears to be fake news. The following correction is...

@tempogain will just roll over this one! Shockers!!!

Dr. Anthony Fauci said the popular podcast host needs to "put a little bit of societal responsibility in your choices" given his influence.

Rogan said he was not against vaccines in general, but he didn’t mention that the director of the Centers for Disease Control and Prevention said hospitalizations among young people were up. And in Michigan, hospitals’ COVID-19 units are packed with younger people, The New York Times reported.

Dr. Anthony Fauci, President Joe Biden’s chief medical advisor and the director of the National Institute of Allergy and Infectious Diseases, criticized the celebrity’s remarks in an interview on CNN Wednesday morning.

“So you have to put a little bit of societal responsibility in your choices, and that’s why I disagree with Mr. Rogan under that circumstance,” Fauci said of Rogan’s influence on his audience, which is mostly male with an average age of 24, a Media Monitors survey indicated.

“I guess my first question would be, ‘Did Joe Rogan become a medical doctor while we weren’t looking?’” Bedingfield said.

“I’m not sure that taking scientific and medical advice from Joe Rogan is perhaps the most productive way for people to get their information,” she added.

I don’t want to start this bullshit. I’m not going to sit here with no medical degree, listening to you with no medical degree , with an American flag behind you, smoking a cigar, acting like we know what’s up better than the CDC. All I do is I watch the news once every two weeks. I’m like ‘Mask or no mask? Still mask? Alright, masks.’ That’s all I give a fuck about

Did Joe Rogan become a medical doctor while we weren’t looking?

Is this necessary to understand data?

Cuomo just said the fully vaccinated folks could go outside and be maskless. Yeah, we know. Been doing it for weeks. Also not a medical doktor.

Is this necessary to understand data?

I’d probably get a vaccine if I were 21, but I understand why some wouldn’t.

“But if you’re like 21 years old, and you say to me, ‘Should I get vaccinated?’ I’ll go, ‘No,’” Rogan said. “If you’re a healthy person, and you’re exercising all the time, and you’re young, and you’re eating well, like, I don’t think you need to worry about this,” he added.

So he’s expressing his opinion about it. From the CDC:

What you need to know

So they recommend it. Great, but not quite the same as saying that it’s an immediate imperative or a legally binding request to which no alternative opinion can be expressed is it? It’s fine to criticize Rogan for contradicting CDC advice, but for BI to say “Joe Rogan spread misinformation” is pretty silly (totally unsurprising from them though FWIW).

Taiwan is the most dangerous place on Earth. A war over the island would be a catastrophe: America and China must work harder to avoid it. Our cover this week econ.st/32WuKZN https://t.co/8CKOLDP1GR 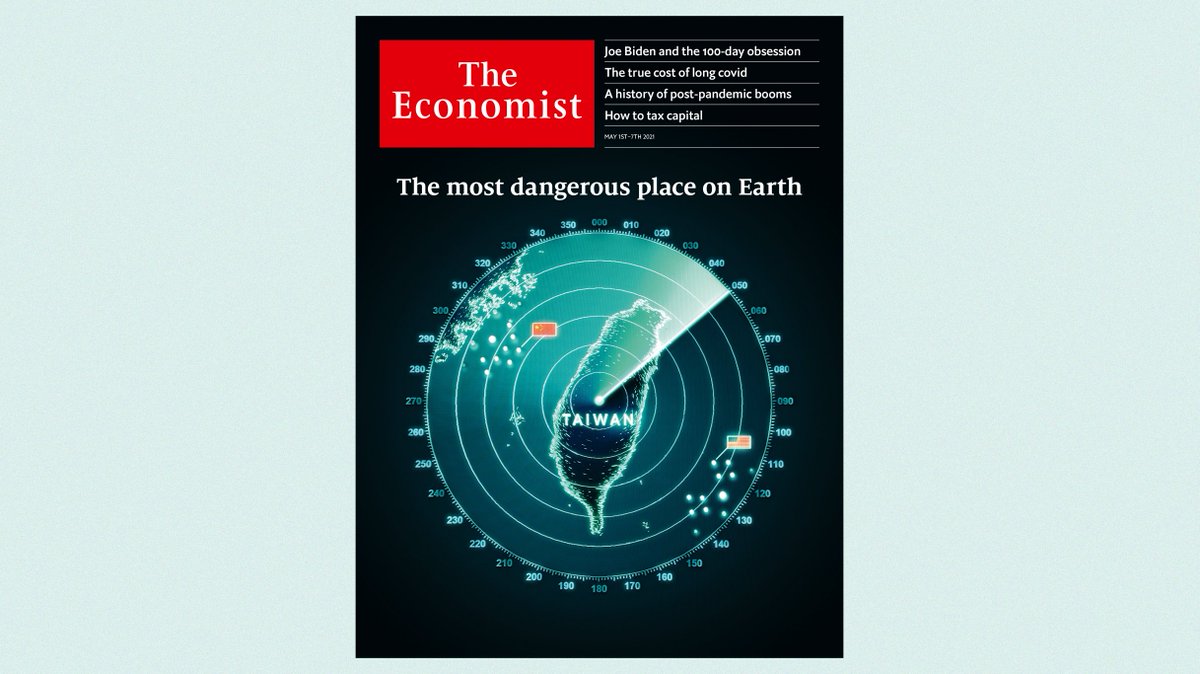 Well, that makes me feel better about my life choices.

Well, that makes me feel better about my life choices.

I think I’ll stick with Fauci over Rogan still:

Young healthy adults do not exist in a vacuum, Fauci told TODAY’s Savannah Guthrie when asked about Rogan’s comments. “You’re worried about yourself getting infected and likelihood that you’re not going to get symptoms,” he said. “But you can get infected and will get infected if you put yourself at risk.”

People who are not vaccinated “are propagating the outbreak,” because they can “inadvertently and innocently” get infected and transmit the virus to someone else who could be at risk of severe illness from Covid, Fauci said. (There are also some people who are vulnerable to Covid but are medically not able to get vaccinated due to health conditions or things like allergic reactions, for example.)

“So if you want to only worry about yourself and not society, then that’s okay,” Fauci said. “But if you’re saying to yourself, even if I get infected, I could do damage to somebody else even if I have no symptoms at all, and that’s the reason why you’ve got to be careful and get vaccinated.” 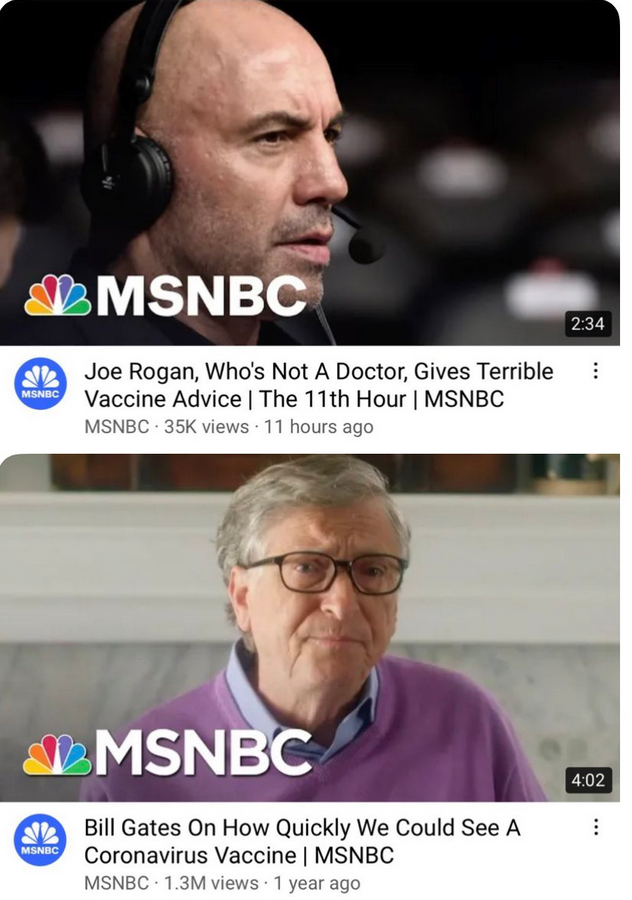 Is this the interview from one year ago?

We’d be lucky to have much before the end of the year. But then, in 2021, a number of other vaccines are very likely to get approved. The strongest response will probably come from the protein subunit. With so many companies working on it, we can afford quite a few failures and still have something with low cost and long duration.

Fair and impartial reporting a thing of the past? Nah.

8. Tuesday April 27, 2021New York Post reporter Laura Italiano resigns after saying she was pressed to write an incorrect article claiming a book written by Vice President Kamala Harris was being distributed to children who illegally crossed the border into the U.S.

A correction to the Post article noted: “The original version of this article said migrant kids were getting Harris’ book in a welcome kit but has been updated to note that only one known copy of the book was given to a child.”

“That is not the case,” says Fox News.

Fox gently acknowledges that its coverage about Biden supposedly trying to force Americans to eat less red meat wasn't accurate: "A graphic and a script incorrectly implied that it was part of Biden's plan for dealing with climate change. That is not the case." https://t.co/iClZSk8P4M

CBS’ 60 Minutes is accused of selectively editing a segment with Florida Gov. Rick DeSantis, a Republican, in a story that implied he is guilty of “pay-for-play,” linking a campaign donation from Publix grocery stores to the selection of Publix as a major Covid-19 vaccine distribution center. Numerous media outlets picked up the narrative.

After the segment, numerous Democrat political figures in Florida confirmed that, contrary to the implication in the report, Publix was recommended by other state agencies rather than the governor’s office. 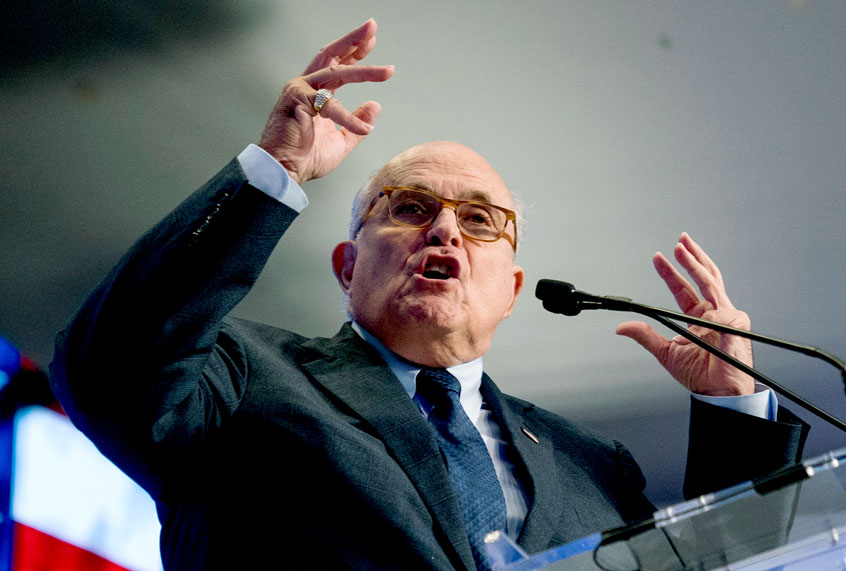 Whoops! NBC said that the story came from a single unconfirmed source

The corrections, made by The New York Times, The Washington Post and NBC News, came in the wake of reports that Giuliani’s home and office were raided by federal agents last Wednesday, the culmination of a long-running investigation into his dealings in Ukraine.

“FBI was aware prominent Americans, including Giuliani, were targeted by Russian influence operation.”

In its statement NBC News opened the hood on its reporting process, writing that they had relied on a single anonymous source for the information, which was later disputed by a second anonymous source.

More to the point, if they were listening in on Trumps and Guliani chat on the iCloud back in 2019, did they give the President a defensive briefing.

Rudolph W. Giuliani says that the FBI secretly spied on his Apple iCloud account beginning in late 2019 when he was having regular messaging conversations with his client, President Trump, during House impeachment proceedings.

WASHINGTON — The intelligence agencies warned the White House late last year that Russian intelligence officers were using President Trump’s personal lawyer Rudolph W. Giuliani as a conduit for disinformation aimed at undermining Joseph R. Biden Jr.’s presidential run, according to four current and former American officials.
…
The warning, the second former official said, was prompted by a meeting on Dec. 5 between Mr. Giuliani and Andriy Derkach, a Ukrainian member of Parliament who takes pro-Kremlin positions. The Treasury Department recently labeled him “an active Russian agent for over a decade,” disclosing that he maintained ties to Moscow’s intelligence services as it imposed sanctions on him in September. 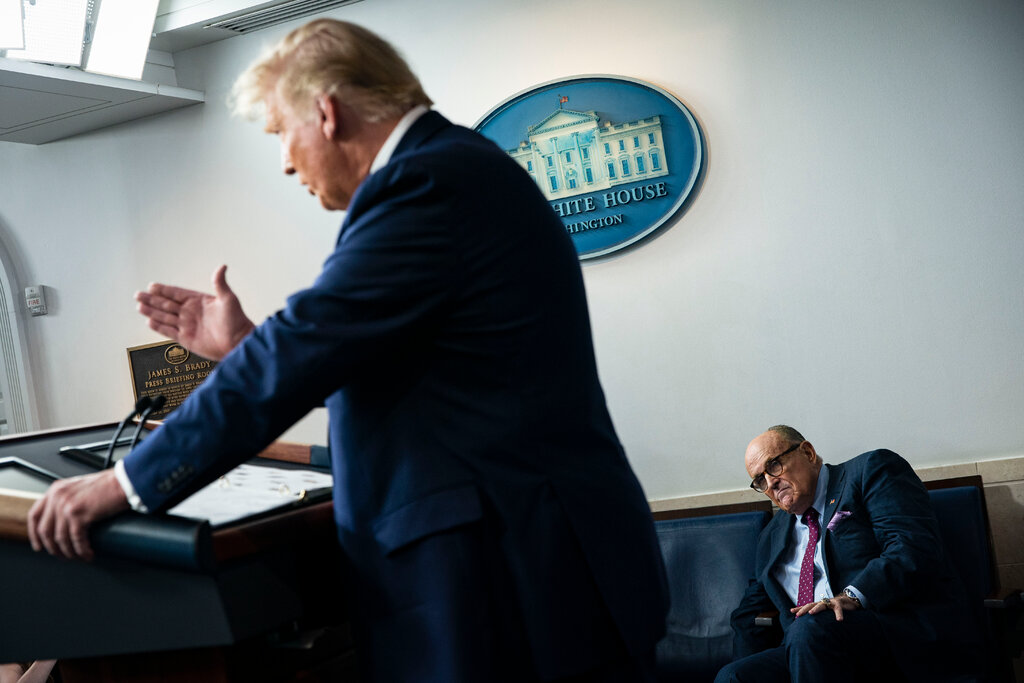 Trump Said to Be Warned That Giuliani Was Conveying Russian Disinformation

President Trump shrugged off the warning from the intelligence agencies, officials said.

Sure, the Treasury Department [under Trump appointee Steven Mnuchin] may have declared one of his former associates- Ukrainian parliamentarian Andrii Derkach, who had worked with Giuliani in his hunt for dirt on the Bidens- to be an “active Russian agent”. But that’s some Deep State talk, [Giuliani] added. “The chance that Derkach is a Russian spy is no better than 50/50.”

This tweet thread by George Conway points out something that I haven't heard anyone else say in the aftermath of the Washington Post and NY Times corrections that Giuliani didn't actually receive a warning from the FBI: Corrections are nice, but...

50/50!- surely James Bond or Jason Bourne would have taken on those odds.

For the same reasons as last time…we uh wanted to see if he was in fact a traitor, and uh when we saw he wasn’t and were fucked by our own paper trail, we raided his house, just uh in case he was a traitor on a old Blackberry.