Options for alcoholic/drug addiction treatment for foreigners in Taiwan

We all have that friend we all dread to see near a bottle. What can be done to help them?

AA meeting are always open. Although AA is not affiliated to any programs. they often have members who will know treatment centers here.

AA meetings in general here are very open to all sorts of addiction. There’s no NA or SA and etc here. so you can go with basically any addiction and be open. It’s free and the people have all been there and won’t judge you at all.

Please, if you have a problem take advantage of the program. This year alone I had 2 good friends OD and died. My cousin ODed lasted year. And a girl I knew very well froze to death in her car in the middle of winter after being homeless from her drinking holding on to a vodka bottle to her death.

https://www.communitycenter.org.tw/counselingandassessments/
The center is a non profit English speaking counseling organization. It isn’t free but they can help you with payment and apply for some subsidies. They have drug and alcohol counseling with mental health counseling. Usually alcohol and drug and any form of addiction is a symptom of something larger. They have people that can help. 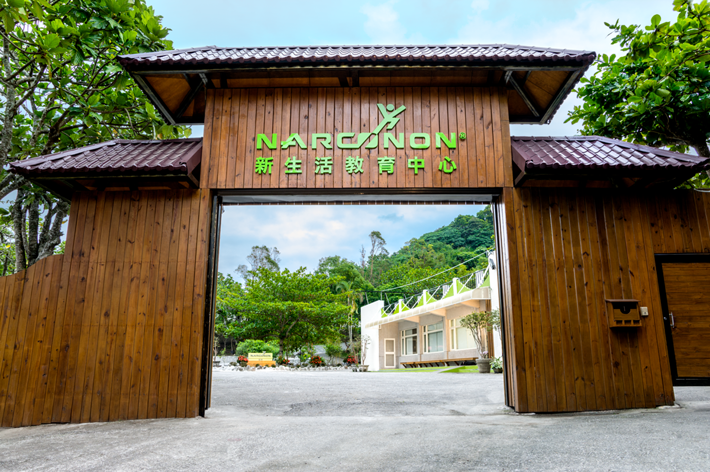 The Narconon Taiwan drug rehabilitation center is located in Ji-An Township, Hua-Lian County. This is a holistic drug treatment program that is a top choice in the country to give an addict a productive life without drugs.

Narconon is the best famous private treatment facility in Taiwan. However, I’m not 100% sold on their methods in detox. I only know a little bit about them so do some research for yourself. They do help English speakers.

If you have the money, there are better ones in Asia. Taiwan just doesn’t have much treatment. AA is not a bad place to start in recovery. It’s free and there’s guys with years of sobriety that can give you advice and possible treatment options they heard of. The recovery community is small but very close knit here. There are many in recovery in taiwan. No shame in reaching out and finally asking for help.

Narconon is a front for Scientology. Quack science involving high intensity saunas and unproven minerals and nutrients. Been there done that. Seen there facilities in action and even tried to get an old friend into the program many years ago.

Criticizing this program has undoubtedly drawn the attention of “The Church” to this website. Make sure your affairs are in order moderators.

Narconon is a front for Scientology. Quack science involving high intensity saunas and unproven minerals and nutrients. Been there done that. Seen there facilities in action and even tried to get an old friend into the program many years ago.

Thanks for clearing that up. I heard about them and using saunas to detox without proper detox drugs. I thought that was scary. You need to taper off of certain things. You can’t just stick them in a sauna to detox and stuff.

Please be careful with any rehabs. There are some truely good ones. But others are just money grabbers and scams that profit off of something really serious. Stay away from ones that use unproven and alternative methods and those high luxuary ones celebrities go to. Treatment is serious and not a retreat to a luxury resort like place. Not that you can’t have both. But I’ve seen to many Hollywood rehabs that baby you. You need therapy and treatment. Not a luxuary massage and sit by the pool.

Indeed. I suspect this friend is bipolar and the alcoholism masks it. A reputable medical facility where a veritable psychological evaluation is first done and treatment offered would be most ideal.

Is there a drug addiction problem in Taiwan?

Is there a drug addiction problem in Taiwan?

yes, of course, just like anywhere in the world. But the problem is that theres not much treatment options and it’s still seen as a criminal issue instead of a heath and social issue.

Taiwan and the politicians seem to want to go the way of the US war on drugs which we already saw failed and became so costly on the country.

The rest of the developed world is becoming more and more enlightened on the issue and are moving towards decriminalizing and putting money in treatment and rehabilitation. Get people to become functioning members of society, jail will only make them institutionalize mentally and they will go right back.

Blockquote
The center is a non profit English speaking counseling organization. It isn’t free but they can help you with payment and apply for some subsidies. They have drug and alcohol counseling with mental health counseling.

I went there over a year ago and was told it was $3600 per hour. The guy went on about government subsidies…

Last thing an addict wants to do when they are crawling their skin, dry-heaving, sweating profusely from going cold turkey for a day or two summon up the courage to go and face their demons is to fill out some paperwork applying for money that they already know they wasted on booze/drugs before “The Healing Can Begin”.

I walked out and was drunk for the next six months.

Went to one AA meeting, but found the group too pushy as they wanted to sell me a ton of books right after the meeting concluded.

Found serenity on my own.

Indeed. I suspect this friend is bipolar and the alcoholism masks it. A reputable medical facility where a veritable psychological evaluation is first done and treatment offered would be most ideal.

What youre talking about is dual diagnosis treatment. They used to treat alcoholism and other mental health issues as separate issues. But new treatment has shown that this is helpful for those that have more underlining issues that contribute and worsen with addiction.

From symptoms to treatment options, this article covers the essentials of dual diagnosis treatment. If you are struggling with a Dual Diagnosis, call us now

I found a addiction prevention department at songde Taipei hospital. They seem to take NHI but I’m not certain. I don’t know what exactly they do or how much they help or English speaking abilities. But here it is for anyone that is looking to get help

On a related theme, Venerable Matt Talbot’s Liturgical Feast Day is June 19, tomorrow. Any and all kind of help is needed for alcoholism.

Matt can be considered the patron of men and women struggling with alcoholism. He was born in Dublin, where his father worked on the docks and had a difficult time supporting his family. After a few years of schooling, Matt obtained work as a messenger for some liquor merchants; there he began to drink excessively. For 15 years—until he was almost 30—Matt was an active alcoholic.

One day he decided to take “the pledge” for three months, make a general confession and begin to attend daily Mass. There is evidence that Matt’s first seven years after taking the pledge were especially difficult. Avoiding his former drinking places was hard. He began to pray as intensely as he used to drink. He also tried to pay back people from whom he had borrowed or stolen money while he was drinking.

Most of his life Matt worked as a builder’s laborer. He joined the Secular Franciscan Order and began a life of strict penance; he abstained from meat nine months a year. Matt spent hours every night avidly reading Scripture and the lives of the saints. He prayed the rosary conscientiously. Though his job did not make him rich, Matt contributed generously to the missions.

After 1923, his health failed, and Matt was forced to quit work. He died on his way to church on Trinity Sunday. Fifty years later, Pope Paul VI gave him the title venerable.

Venerable Matt Talbot is the Patron Saint of:
Alcoholics
Sobriety

Reviving an old thread - I’ve got a friend who stays drunk. He isn’t working in Taiwan and I think he will not make it if he doesn’t get help. His girlfriend just kicked him out because of his behavior. Any recommendations or success stories out there? I’m afraid for him.

I’ve got a friend who stays drunk.

Some info that friends have shared with me. I think 23 days for 46k is bargain. There’s no way you could get this kind of help in the US at this price.

also an outpatient one that is recruiting participants with a subsidy:
http://www.tadd.org.tw/news67.htm

The sad thing is there’s almost nothing you can do besides making it worse by enabling him when he’s on a bender. He needs to decide it’s time to get sober. If he’s not ready and willing…you can send him to the best rehab and nothing will change

You’re right about that for sure. I’m just putting the word our amongst friends hoping that the right person can get through to him. Or they may have a better idea. I don’t know if this person can safely detox without medical supervision.