Question: When did Taiwan stop laying claim to all of China?

Maybe it’s kind of like the melting point of butter, difficult to determine. I’m not even sure the ROC has stopped making that claim.

Anyway, there may have been some indirect evidence of such a claim as late as December of 2013: A government document ordering schools’ procurement of teaching materials that mark Nanjing as the capital of the Republic of China (ROC) and Taipei as the current location of the central government indicated President Ma Ying-jeou’s (馬英九)...

I think it might take an expert to answer that question, and I’m certainly not an expert.

This restructuring of the Tibet and Mongolia related agency in 2017 might be relevant, although the article mentions discussions about ending Taiwan’s claims on those areas/countries began 20 years ago 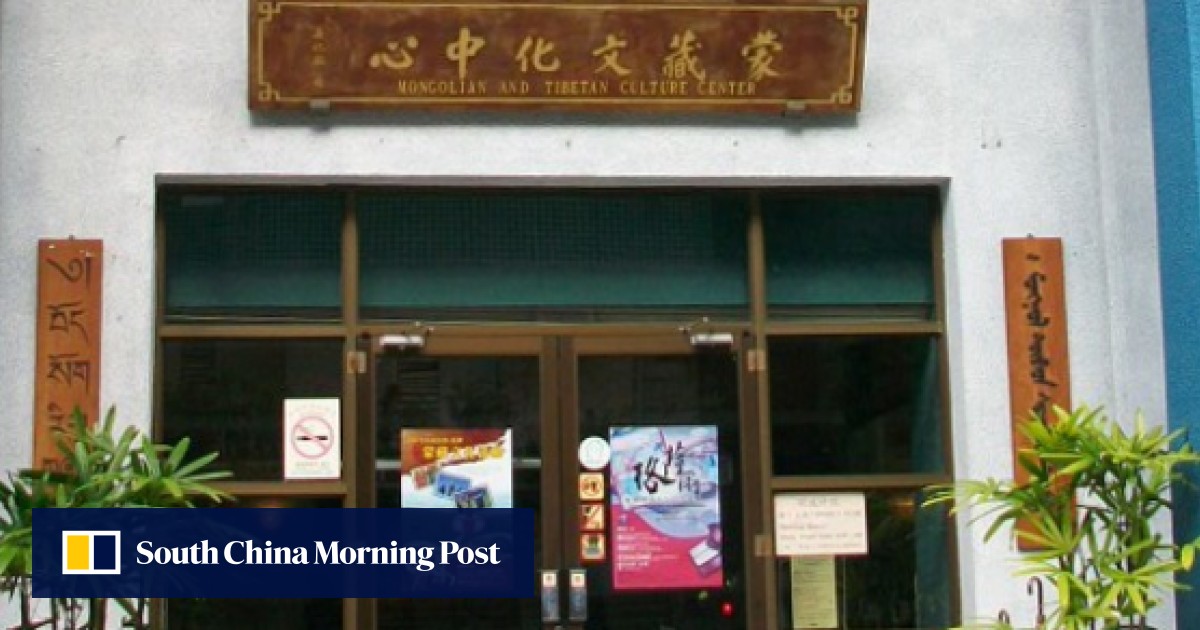 It depends on how one defines laying claim. The claim is no longer advertised but has never been retracted (unless someone can prove otherwise).

This restructuring of the Tibet and Mongolia

I think it’s around the 1990s when students stop writing 消滅萬惡共匪 拯救大陸同胞 in their essays. My older cousins had to write this at the end of every single essay, or else you got a perfect 0 and maybe even some scolding.

The government might have acknowledged the impossibility of 反攻ing 大陸, but I think this is when they actually gave up and decided to change their domestic policy. Prolly. I know nothing about history and politics lol

Because presumably Lee decided it was a good idea to abandon it and go for Taiwan independence. 1996 Taiwan Strait crisis.

It depends on how one defines laying claim. The claim is no longer advertised but has never been retracted (unless someone can prove otherwise).

I think thats how most view it.

Taiwan probably started to stop pushing the fact we actually own china after the entire planet started betraying taiwan and going CCP. Oncet that happened, and the world intentionally made the CCP genocidal regime rich whilst murdering countless people, taiwan probably got realistic right quick in understanding that we have no meaningful allies…that remains true today, regardless o f small gestures of nothingness we see here and there. Probably, at least i think, this is a major contributing factor that transformed into achin like.oppression hubgry shit show into the evolution of human rights we benefit from today. Only the world agreeing that genocide and oppression is right, will stop taiwan from continuing to transform further into better ideology. And ittakes patriots shitting on wron doings to make that evolution. If the global community allows the CCP to murder our everything, then the world has spoken. morals are no longer a part of world evolution as we have always hoped they should be.

To be fair, KMT never even had full control over the whole mainland China before PRC.

To be fair, the PRC (CCP) never had full control over the whole of china .until after the great famine, forced sterilizations, residentional schools, prison labor camps, mass migration for eradicating racial and cultural societies etc etc. and they still, arguably, dont.

I just wanted a selling point. Sold my ROC teacups for $25!

No. That was the ROC, not PRC.

Following the end of World War II, the Republic of China, led by the Kuomintang, was forced to formally accept Outer Mongolian independence under Soviet pressure, but this recognition was revoked in 1953. In 1949, the Communists won the Chinese Civil War and re-recognized Mongolia’s independent status.
The People’s Republic of China established diplomatic relations with Mongolia on October 16, 1949 and both nations signed a border treaty in 1962

The PRC was under pressure from big brother to recognise Mongolia in 1949.

But Mongolia has been wary of Communist China ever since…

The People's Republic of China established diplomatic relations with Mongolia on October 16, 1949 and both nations signed a border treaty in 1962. With the Sino-Soviet split, Mongolia aligned itself with the Soviet Union and asked for the deployment of Soviet forces, leading to security concerns in China. As a result, bilateral ties remained tense until 1984, when a high-level Chinese delegation visited Mongolia and both nations began to survey and demarcate their borders. In 1986, a serie

I vividly remember seeing an enormous ROC map (behind a huge yet benevolent looking statue of CKC) at the entrance to an elementary school close to the Presidential Building in Taipei.

Yup, the independent nation of Mongolia (aka “Outer Mongolia”) was depicted as part of our glorious nation.

This was in the 2010s. Good work, educators! I believe by now this fact-defying imperialist ROC cartography has been quietly removed.

Mr. President, you are my friend. I hope you will look at the map to see what happened after the Soviet Union severed Outer Mongolia from China. What kind of strategic situation did we find ourselves in? Those over 50 in China remember that the shape of China was like a maple leaf. Now, if you look at a map, you see a huge chunk in the north cut away; the maple leaf has been nibbled away. I hope Ambassador Lord will show the President a map of China. It’s very interesting. The strategic situation I have mentioned is very unfavorable for China. The Soviet Union used this strategic advantage in its war with Japan, i.e., as a pincer movement from the west and the east to cut East and Northeast China right in half. This encirclement of China has continued from the Khrushchev period through Brezhnev to the present.

They’d take it back if they could. I guess they can military-wise, but there’s not much of a strategic gain and huge fallout. They could take it if they ever went to war with russia to get siberia because at that point why not.

I can see winning a drawn out one on one with the usa. Not russia. With russia you face a nation bigger than you and an equal level if shits given towarda their people… a people that are also WAY tougher than you. Good luck on that one.

We don’t fight wars to “win.” We fight them to maintain the status quo as far as I can tell. Most empires do.

people that are also WAY tougher than you

We don’t fight wars to “win.” We fight them to maintain the status quo as far as I can tell. Most empires do.

I totally agree. As such that by proxy means china wins, much like they are absolutely winning now. Its sad to see how hollow and hypocritical our species still remains. They will sacrifice a million of their own people on the flip if a dime to make more money, gain more infuence. Whats interesting is they are like every other group. “china” usnt asingle race, or cultre. Its many. So we talk more of beijing and ccp genocide and oppression of course.

@silly.putty you dont think soviets are tougher than ccp shills? If they ever came to fight, generally speaking, my money is on the soviet everytime. Be it a cage fight or a war. Those fucking guys are next level. They are like nazi Germany, but they were on the winning side so never had to clean house. Frankly, if they werent so ego centric and greedy, the cooperative duo of those 2 could probably very readily take on the planet. But as is common with psychopathic dictatorships, they dont like to share.

As such that by proxy means china wins, much like they are absolutely winning now.

I don’t know how true this is given the eNORmous amount of domestic debt there is in China. When that comes crashing down, it’ll be India and China, by proxy in Pakistan or the great meat and bone grinder that is Afghanistan. Hopefully they’ll stay out of SE Asia, where the sea battles would end up crippling the Chinese economy by interrupting the oil supply. And no one wants to get their asses handed to them by the Vietnamese…again.

CHINA'S $28 TRILLION PROBLEM: 'The dark side of Asia's debt'