They say I have a snoring problem where I rock the house. I also have a deviated septum were one nostril is mostly useless it’s held open.
A few local ENTs tell me surgical solutions have often been proven ineffective of temporary.
Would CPAP help? Is it covered by insurance? How nasal strips?
I’m now in my 50s and not too happy about surgery.

My uncle had the surgery in his early 40s. He said it improved the snoring. Didn’t get rid of it but he wasn’t snoring like crazy and stopped doing that choking thing when people stop breathing for a bit because of blockage.

Do you have apnea? What are you trying to fix other than annoying people trying to sleep?

Can check my experiences with snoring, sleep doctor and overnight sleep study, CPAP, and nose strips. Basically the doctor recommended the machine which I purchased myself and cannot use because nose airways too small but nose strips help a lot. And above all, every single person is different and has different causes and resolution. I always thought it was only old people but it’s not.

I recommend try nose strips first. Nose strips really made me sleep better and almost got rid of the snoring. Hard to find in Taipei but the Japanese pharmacies have a couple varieties.

Shin Kong Wu Ho-Su Hospital in Shilin diagnosed my apnea. skh.org.tw/ They have a full-on sleep center where you can spend the night and they’ll complete a thorough analysis hooked up to machines and with cameras watching you all night. It’s like a luxury hotel inside the center. One of the doctors graduated from the sleep medical school of Stanford.

Shin Kong Wu Ho-Su Hospital in Shi-lin diagnosed my apnea and offered to sell me a CPAP. But they suggested I could get it much cheaper in the USA. So I bought in USA. They should have supplies since they sell equipment. skh.org.tw/ They have a full-on sleep center where you can spend the night and they’ll complete a thorough analysis hooked up to machines and with cameras watching you all night. It’s like a luxury hotel inside the center. One of the doctors graduated from the sleep medic…

I have obstructive sleep apnea and wake up choking unless I sleep on my left side. I’m not obese or anything. I was born with a deviated S-shaped septum, and it’s gotten worse as I’ve gotten on in my 30s. Like you, one of my nostrils is basically useless as a tit on a bull. The ENT doctors suggested I do a sleep study, and try CPAP before going to extremes like surgery. Even minor surgery carries risk and should be a last resort if CPAP fails to help. Additionally, my cousin had surgery on a deviated septum (guess it runs in my family) and he said it only helped for 6 months and then slowly his breathing returned to the poor state it was in pre-surgery.

Waking up choking or hyper-ventilating because you’re hungry for air, is really one of the worst feelings in the world. I’ve literally had episodes where I thought I was dying for a few seconds.

I’ve been going to TaiDa to figure out what’s been going on with my snoring and sleep apnea. I’ve been told getting a CPAP in the US requires a doctor’s prescription/recommendation first, but I never looked into Taiwan as my wife scheduled an appointment with the doctors before I had a chance to talk to her about it (apparently it’s been that bad for her). Getting yourself checked by a doctor is probably the best way to go first.

I’ve also been told that this winter time will have a lot of people going to the sleep doctor for help. The cold weather, humidity, and pollution makes the winter time a busy season for these doctors.

been told getting a CPAP in the US requires a doctor’s prescription/recommendation first,

I don’t think so. I ordered a machine online from CPAP.com a couple years ago.

Thanks for the correction @tango42 !

I have heard even worse chances of success for surgery – like 1 in 7. But it does depend a lot on the nature of your apnea. In my case, my apnea results from a fleshy throat. I also have a deviated septum but this hasn’t been brought up as an issue.

It helps to speak to your doctor, who could be an ENT, an internist (specialising in upper respiratory issues), a neurologist, or a psychologist. Even dentists get in on the act

The Link Between Sleep Apnea and Your Dentist

Your oral health can give clues about sleep apnea.

You will most likely be prescribed a CPAP machine. I have found that the prices online can be as much as 30% of machines imported into Taiwan. A couple things to take note:

Some background: I have had sleep tests in 4 centers (3 in Taipei)

I was first diagnosed in the 90’s. When I first went in to a sleep test at NTUH, there were 2 or 3 beds. I did follow up sleep tests there twice over the following 6 years and by then their sleep lab had grown to a dozen beds. When I came back from Shanghai 7 years ago, the waiting list at NTUH was very long, and I decided to try the sleep lab at TMU (Beiyi) near where I lived at that time – that was a 6 month wait!

Just last week, I had my latest sleep test, this time at Taipei VGH. This cost me NT$ 7,000 (in Makati Medical Center, a major hospital in the Philippines, the sleep tests cost more than twice that). There were about a dozen rooms, but it seems there were only 3 of us doing the test, and I only scheduled the test a couple weeks ago. My appointment with a doctor to discuss my results will come right after the new year. I am looking forward to this. Over the past few years, I have been dealing with aerophagia, which makes me egregiously gaseous in the mornings. I am hoping the physician will suggest adjustments I an make to how I use my CPAP that will minimize this discomfort

I hope this is helpful.

. Like you, one of my nostrils is basically useless as a tit on a bull.

Well it looks like that tit on a bull can now made to lactate. The kit's inventor, from Central Saint Martins, London, argues it could be used by men as an 'empathy tool' to help them support their partners. It has not yet been tested on males.

If only my nostril would be that easy. If I plug up the good nostril the bad. School sucks closed like a ball covering a vacuum cleaner.
From what you guys have been saying, nasal strips should be the first choice followed by seeing a sleep specialist or an honest ENT. Also, look into the CPAP.
I’m in the Kaohsiung area though. Any recommendations?
Are sleep centers covered by insurance?

From what you guys have been saying, nasal strips should be the first choice followed by seeing a sleep specialist or an honest ENT. Also, look into the CPAP.

Nasal strips are like 10-20% effective. They are temporary and mild relief, but they’re in no way a permanent solution that can be compared to CPAP or surgery. If you want a bad analogy, nasal strips are like the Tylenol cough medicine of sleep apnea.

For my situation, CPAP is the first choice followed by surgery as a last resort if CPAP doesn’t work. But it really depends on what your specialist says about your particular situation. The first step is a sleep study and if you haven’t yet, you probably need a nasal endoscopy (really unpleasant tube-camera shoved up your nose like you’re Arnie in ‘Total Recall’ when he takes that chip out of his nose). But unless your case is really severe, he’ll probably recommend trying CPAP first.

From what you guys have been saying, nasal strips should be the first choice…

No, what we are saying is that it depends on the nature of your apnea. So see a doctor and get a sleep test or vice versa. But get a proper diagnosis first.

I have tried nasal strips and as I suspected, they don’t help my apnea since my problem is in my throat. There are also neurological, psychological and dental reasons for apnea. Hopefully, all you will need is a mouth guard - but find out first 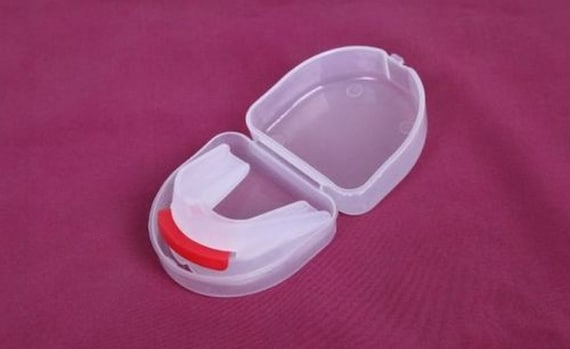 My 2 friends and I were play wrestling on a trampoline and I got hit in the nose which deviated my septum. One nostril was completely useless and the other one had the habit of being blocked with snot so I had to be a mouth breather which was very annoying so I went to a doc to get it fixed.

I had surgery to fix it and the doctor said “well good news it can only get better”
Easy straight forward surgery, no complications or risks. Put some cream up my nose when it was healing and didn’t try pick anything out of it.

Maybe can find this doctor.

Sleep apnea in children can reduce their growth and even lead to development and learning problems, a pediatrician said yesterday, urging parents to keep an eye out for the disorder’s common symptoms. A boy had grown less than 2cm in one semester...

Hopefully, all you will need is a mouth guard - but find out first

yes, a “Mandibular Repositioning Apparatus” (MRA) was prescribed for me but I couldnt live with the damn thing… huge thing in my mouth gave me a choking feeling

Com’on, if you’re going to throw out obscure terms like that, at least throw out some obscure pictures. Here, let me help. Whoa, those are obscure. I’ve been using these mouth pieces for a year now, and my sleep and quality of life has improved drastically. I went to NTUH for this, and it took almost a year just for them to prescribe and make the mouth piece, but after getting it, it’s been a life changer for me. My wife can also sleep through the night now since I no longer snore loudly.

I’ve been using these mouth pieces for a year now, and my sleep and quality of life has improved drastically.

Which means you are getting better sleep, more oxygen to the brain, REM, etc.?

Did you do an overnight sleep test? Or examination and they were able to determine this resolution? Or what?

I did sleep tests, with a similar problem, but they recommended a CPAP machine. Or in extreme cases and highly not recommended, surgery to pull jaw forward.

I’ve been using these mouth pieces for a year now, and my sleep and quality of life has improved drastically. I went to NTUH for this, and it took almost a year just for them to prescribe and make the mouth piece, but after getting it, it’s been a life changer for me. My wife can also sleep through the night now since I no longer snore loudly.

How much did that cost, just out of interest? Are these things covered by NHI? Did you have to do an overnight sleep test?

I remember that NTUH has a sleep center, and I asked one of the ENT doctors there about snoring ages ago while seeing him for something else. I even did some free take-home monitor thing that measures breathing, snoring, O2sat, etc., but I didn’t go any further after the results. I’ve tried the cheap moldable mandibular advancement devices in the past and didn’t find them too terrible when I managed to keep them in all night (besides making my teeth and jaw hurt a bit in the morning) - I thought the custom devices were quite expensive though?