Is the Taichung MRT already partially functional or is it still under construction until 2017?

It’s nowhere near being partially functional and when it will be completed and entirely functional is anyone’s guess. The BRT on the other hand is functional and totally useless. Maybe the new mayor will put some effort into sorting out the BRT operations and getting the MRT properly finished. Would be nice after all these years.

What went wrong with the BRT?

Probably nothing, it’s just a bus lane basically, one route up and down that was covered by lots of buses anyway.

The overhead lane was only really started last year from my recollection, try went mad building all the pillars but its going to be years before its finished.

There is another project to raise all the rail lines which is also beneficial but that was a national project anyway but somehow got incorporated into Jason Hus MRT.

It must suck for him that he won’t be mayor when they open the Opera house …maybe they will speed up the opening.

What went wrong with the BRT?

It’s in the wrong lane for starters.

It must suck for him that he won’t be mayor when they open the Opera house …maybe they will speed up the opening.

It opened the week before the election – ahead of schedule.

I assume the BRT isn’t affected by traffic lights?

Yes the BRT is affected by traffic lights in the same way as the cars are. It operates on zhonggang lu and is sandwiched between the motorcycle lane and the main car lane. This means that you have to cross a VERY busy road each time you want to hop on and off. Also for drivers, turning off zhonggang lu has the added danger of getting hit by a speeding BRT… which has happened a few times now.
That being said, it’s faster to travel by BRT from Providence Uni to the main train station than it is to drive and I see plenty of people using it (even after the free trial period).
As for the MRT… there has been a lot of progress made over the last year in terms of the overhead infrastructure being put up. There is talk of rolling stock being tested in a few years time.

I’m not sure whether this belongs here or in A timeline of Taichung mayor Hu Chih-chiang (Jason Hu)'s MRT promises (which is in the Politics forum). Anyway, they have quite a story here…

Investigators discovered that a female MOTC section chief at the bureau’s central Taiwan office refused to go along with the scheme, insisting on detailed scrutiny of the project and the imposition of the fines against the company.

Hua Sheng executives colluded with a Taichung police officer and other ministry officials to follow the section chief and secretly film her going about her daily activities in an attempt to gain information that they could use to blackmail her, investigators said.

As they did not discover any impropriety, Hua Sheng paid an organized crime group to kidnap her in July last year, and she was stripped naked and photographed, in a bid to blackmail her into co-operating with the company and alter completion dates of the project to avoid paying the fine.

Su allegedly seduced male officials at the bureau to persuade them to take part in the scheme. 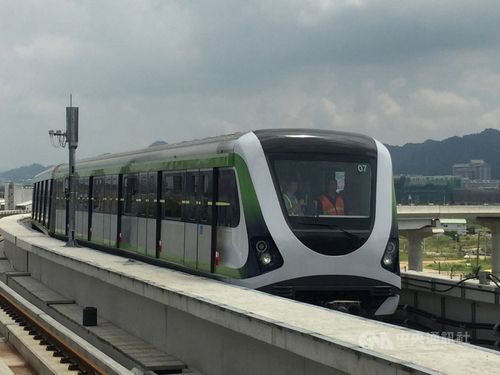 Taipei, July 3 (CNA) The Taichung MRT's Green Line is in the final stages of system integration adjustment in areas such as electricity supply and engineering facilities, with test runs starting Wednesday, according to transport officials.

Will that be when I get my pint?

Yes then I don’t need to drive.

Quite looking forward to this opening as I am so close to it. Don’t see it reducing traffic that much though…

I have to wait for the proposed Blue Line before I’ll have one near me. I should be retirement age by then, so that’ll be nice…if the plan doesn’t change, that is. Will that be when I get my pint?

This exchange made me sad.

EDIT: but I do have to say, it is exciting knowing that finally the MRT will finally open this year…(hopefully)

If you don’t already know Alan is in heaven with God. After 11 years of work, Taichung Metro Green Line was opened to the public on Nov 10, and passengers can travel for free for a month. The much-awaited Taichung Metro System is finally ready. Taichung 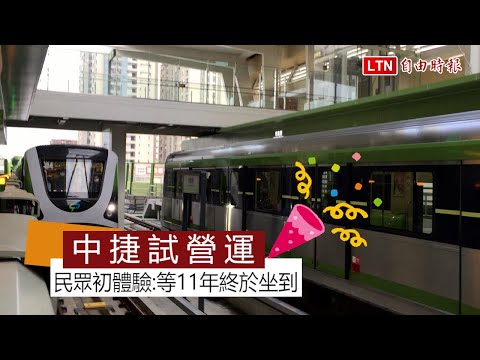 After the trail period (1 month) the ticket prices are as follows: