Take the time to check out Novak Djokovic. Between serves he does impersonations of other players on the circuit. Oh, how tennis needed this guy.

Did you see him against Roger last night? He was on fire! can’t wait to see to he final tomorrow night.

Fed had a pretty crappy Open, apparently he was sick at the start. To me he just didn’t seem to be playing up to his usual standard. He even had a couple of bitchy moments during the match yesterday.

I enjoyed seeing Serena get ousted a few days ago. Of course, in the post-match interview, she would not give her opponent credit as usual. It’s never that her opponent played better or is better. It’s always some excuse with Serena, an injury, conditions, distractions… She really makes me sick. One of poorest losers out there, very lousy sportsmanship.

A wonderful contrast to her, was listening to Jelena Jankovic in her interview after losing to Sharapova. Gracious in defeat. Her back pain was so bad but she knew how disappointed the crowd would be if she withdrew, so she played through it the best she could. Tennis needs more players like her.

I didn’t see the game last night. I’d have liked to but I watched American Gangster at the movies. I’m looking forward to the final though. Do you think it’ll be on at the Tavern?

I agree with you Mer. Serena isn’t a great sport.

The ladies’ final has just finished. Maria did a wonderful job, even though she appeared to struggle at the end on the first set. Amazing player.

If you’re stuck at home, or don’t want to go out, try Channelsurfing.net or MyP2P homepage for live streaming video. There should be a variety of links. Some work with Windows Media Player, some with Sopcast, and some with TVU.

So, who would you put money on for the final?

I’ve got to go for Djokovic over the Frenchman, even though I was impressed by Tsonga I think he will be the proverbial flash-in-the-pan.

Whoever wins, it is likely to be an exciting final.

Nothing against Nadal or Federer, but it’s good to have some new blood in the final. For me, it’s truly a toss-up who will win.

It’s cancelled again, but he can still appeal.

I’m not bothered about him not being vaccinated. I’m bothered about him lying on his visa entry, and the subsequent revelations that he’s been out and about after knowingly testing positive for Covid-19. He’s good at hitting a ball. Not so good at being a decent human.

“Today I exercised my power under section 133C(3) of the Migration Act to cancel the visa held by Mr Novak Djokovic on health and good order grounds, on the basis that it was in the public interest to do so,” Hawke said in a statement.
…
Djokovic’s lawyers are expected to appeal the cancellation in the Federal Circuit and Family Court as they successfully did after the first cancellation. 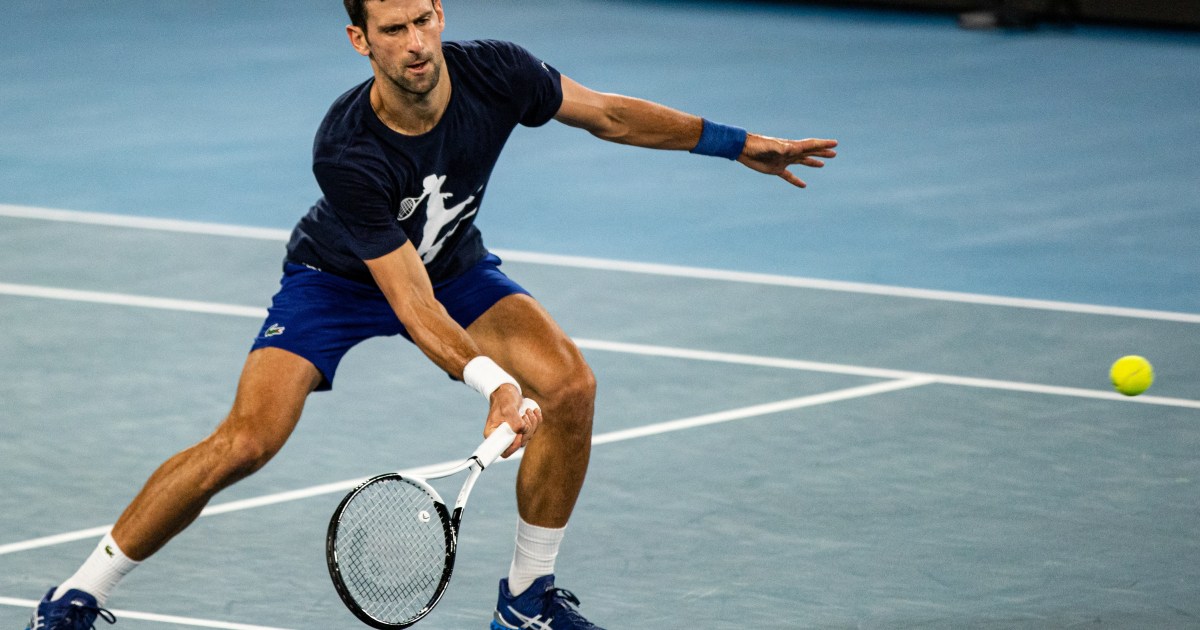 Australia cancels Djokovic’s visa for a second time, saying the unvaccinated tennis player may pose a risk to community.

I’d ban him till Covid ends. He thinks he’s above the law. Fuck him.

I hope they properly detain him this time - escorted to Melbourne Airport tonight and ‘escorted’ onto a flight out quick enough that his Lawyers cant get in the way.

All the flip-flopping and political wrangling is making Australia look like a banana republic. They should have just made a decision and stuck to it.

He thinks he’s above the law.

That he does. He’s also clearly never seen an episode of Border Force Australia.

Unfortunately there are laws that allow for an appeal before the deportation actually takes place - but they usually have to go into Immigration Detention in the meantime. Though only the rich can usually afford the Lawyers fees and in Novak’s case, he had 3 travelling companions who were probably on the phone to the Lawyers and/or the Tennis mob as soon as they knew he was ‘delayed’.

Hopefully they give him a link to the previous episodes so that he can entertain himself while in detention.

but they usually have to go into Immigration Detention in the meantime.

And continuing with the 3rd world theme, that facility looks pretty grim… Allegedly it is/was a 4 star joint - one floor is probably locked off for Immigration.
https://www.agoda.com/rydges-on-swanston-hotel/hotel/melbourne-au.html?cid=-96&checkIn=2022-01-14&los=1&travellerType=1

Though Bookings seem to be unavailable - perhaps Immigration have it all to themselves.

EDIT - Seems it was sold, so the brand name no longer applies, it was also a Quarantine hotel too. Needless to say, its gone downmarket - one star if that maybe.

Being the epicentre of our crippling second wave hasn’t stopped Rydges on Swanston from selling to a prominent private developer for a massive sum. Here’s what’s next for the quarantine hotel.