Now that we’re likely to hear a lot more about this stuff, let’s take a gander at what the future may hold. Of course it includes possible state charges, which are unpardonable. Remember, this is all we know about currently, other stories could pop up: 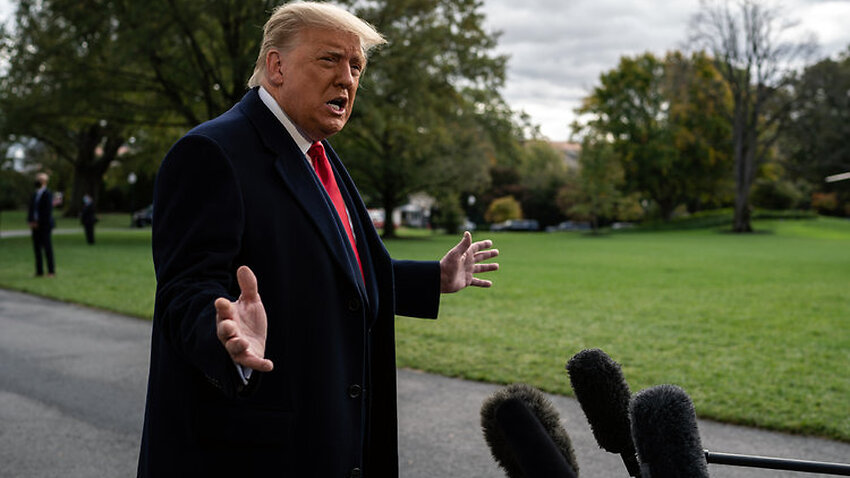 Citizen Donald Trump faces a mountain of legal woes without the presidency...

US President Donald Trump is set to lose the protections the country's legal system affords a sitting president, potentially putting him in legal danger.

Manhattan District Attorney Cyrus Vance, who enforces New York state laws, has been conducting a criminal investigation into Mr Trump and the Trump Organization for more than two years.

The probe originally focused on hush money payments that Mr Trump’s former lawyer and self-described fixer Michael Cohen paid before the 2016 election to two women who said they had sexual encounters with Mr Trump, which the president has denied.

Mr Trump could conceivably face a criminal prosecution brought by the US Department of Justice, led by a new US Attorney General.

“You’ve got the stuff that has come out of the New York Times that has all kind of indicia of tax fraud,” Nick Akerman, a lawyer at Dorsey & Whitney and a former federal prosecutor.

The inquiry by James, a Democrat, began after Mr Trump’s former lawyer Mr Cohen told Congress the president inflated asset values to save money on loans and insurance and deflated them to reduce real estate taxes.

E. Jean Carroll, a former Elle magazine writer, sued Mr Trump for defamation in 2019 after the president denied Ms Carroll’s allegation that he raped her in the 1990s in a New York department store and accused her of lying to drum up sales for a book.

In August, a state judge allowed the case to go forward, meaning Ms Carroll’s lawyers could seek a DNA sample from Mr Trump to match against a dress she said she wore at the store.

Mr Trump also faces a lawsuit by Summer Zervos, a 2005 contestant on Mr Trump’s reality television show “The Apprentice,” who says Mr Trump kissed her against her will at a 2007 meeting and later groped her at a hotel.

After Mr Trump called Ms Zervos a liar, she sued him for defamation.

Mr Trump said he is immune from the lawsuit because he is president.

Which isn’t to say some of these issues might not have any traction, but it’s becoming fairly clear there is going to be follow-up on some of them.

He will resign before Jan 20 and Pence pardons him. That’s the way it will go.

Some even say Biden might pardon him in order to appease the Trump voters but what an awful precedent that would make. Basically it’d be an invitation letter for all future wannabe dictators.

Edit: Too fast. Looks like state crimes can only be pardoned by the respective governor. It’s going to be an exciting two months ahead of us.

He will resign before Jan 20 and Pence pardons him. That’s the way it will go.

Most of these I mentioned would be state charges, they can’t be pardoned.

This is mostly ignoring possible federal charges, already baking in that Trump could pardon himself for future federal stuff, or Pence could do it, whatever.

Some background on NY state getting his tax returns, looking into fraud:

The types of crimes being investigated are the types that are just settled with fines. Not really a big deal.

Not a big deal if the president commits crimes? o_O

The types of crimes being investigated are the types that are just settled with fines. Not really a big deal.

Not all of them.

Donald Trump Could Be on Trial Sooner Than You Think

The criminal case against him is already in the works.

There are two main charges that Vance is likely to pursue. The first is falsifying business records (N.Y. Penal Law § 175.10). During Cohen’s trial, federal prosecutors filed a sentencing memorandum that explained how the Trump Organization had mischaracterized hush-money payments as “legal expenses” in its bookkeeping. Under New York law, falsifying records by itself is only a misdemeanor, but if it results in the commission of another crime, it becomes a felony. And false business records frequently lead to another offense: tax fraud (N.Y. Tax Law § 1806).

If Trump cooked his books, observes Sheil, that false information would essentially “flow into the tax returns.” The first crime begets the second, making both the bookkeeper and the tax accountant liable. “Since you have several folks involved,” Sheil says, “you could either bring a conspiracy charge, maximum sentence five years, or you could charge each individual with aiding and abetting the preparation of a false tax return, with a max sentence of three years.”

To build a fraud case against Trump, Vance subpoenaed his financial records. But those records alone won’t be enough: To secure a conviction, Vance will need to convince a jury not only that Trump cheated on his taxes but that he intended to do so. “If you just have the documents, the defense will say that defendant didn’t have criminal intent,” Jaroslaw explains. “I call it the ‘I’m an idiot’ defense: ‘I made a mistake. I didn’t mean to do anything.’ ” Unfortunately for Trump, both Cohen and his longtime accountant, Allen Weisselberg, have already signaled their willingness to cooperate with prosecutors. “What’s great about having an accountant in the witness stand is that they can tell you about the conversation they had with the client,” Jaroslaw says.

I don’t think so, I think they let him out for medical reasons a few years ago.

Not a big deal if the president commits crimes? o_O

Numbers 4 and 5 are torts, not crimes. Number 3 seems to also be a civil case, though if he did it not sure why they wouldn’t pursue a criminal one unless they can’t meet the standard of proof.

Number 2 is not likely to be pursued as a crime…more likely a civil settlement.

That leaves Number 1, where this lady has been searching for any potential crime to get Trump for a couple of years…not exactly how it’s supposed to work in a free country.

That leaves Number 1, where this lady

The legal system has always been a political weapon.

They do it to poor people who can’t afford a real defense, why not let Trump have it?

I don’t think so, I think they let him out for medical reasons a few years ago.

He’s still out, healthy as ever, making the rounds.

I mistakenly referenced the crazy one from Number 3.

He was only sick in jail. Wonder why.

He was just on TV the other day in a conversation with Chao Shao-Kang; apparently they’d never spoken before.

They were archenemies back in the '90s. Both were running for Taipei mayor, and Chen won by a small margin. Their get-together the other day was supposed to be a reconciliation of sorts.

US presidents dont go to jail. Most recently Bush has taught us that. Relax, he wont be going away.

US presidents dont go to jail. Most recently Obama has taught us that. Relax, he wont be going away.

I said US presidents, not Kenyans…