The end of democracy thread

I think this deserves its own thread to see how this constant drumbeat plays out. I’ve come to think a big Republican win is far better for US democracy at this point. Better to rip off the Band-Aid. The Democrats surely understand that this is only an argument that can ever appeal to their base. It’s a pure oxymoron–half the country will never see the value of having a one-party democracy with a party they fundamentally disagree with. So, let this self-serving and in fact, democracy-damaging argument go down to utter defeat ASAP, and move on in more productive directions. If the Republicans do continue to engage in anti-democratic efforts, they need to be crushed they through every legal method possible under state power. Hoping they lose elections won’t cut it, not by a long shot. Did they break the law? Prosecute. No? Change the law if needed. Arbitrarily questioning election results? Seems legal, but totally fair game for criticism. Nothing working? I don’t know about anyone else but I’m not going to be sitting back and watching the end of democracy with popcorn. On the other hand, I’m not going to be voting for an explicitly anti-democratic, unabashedly hypocritical party with crappy policies because they say it might happen. That makes no sense. Enough with nonsense like this, for example, which clearly goes far beyond criticism of election denial: 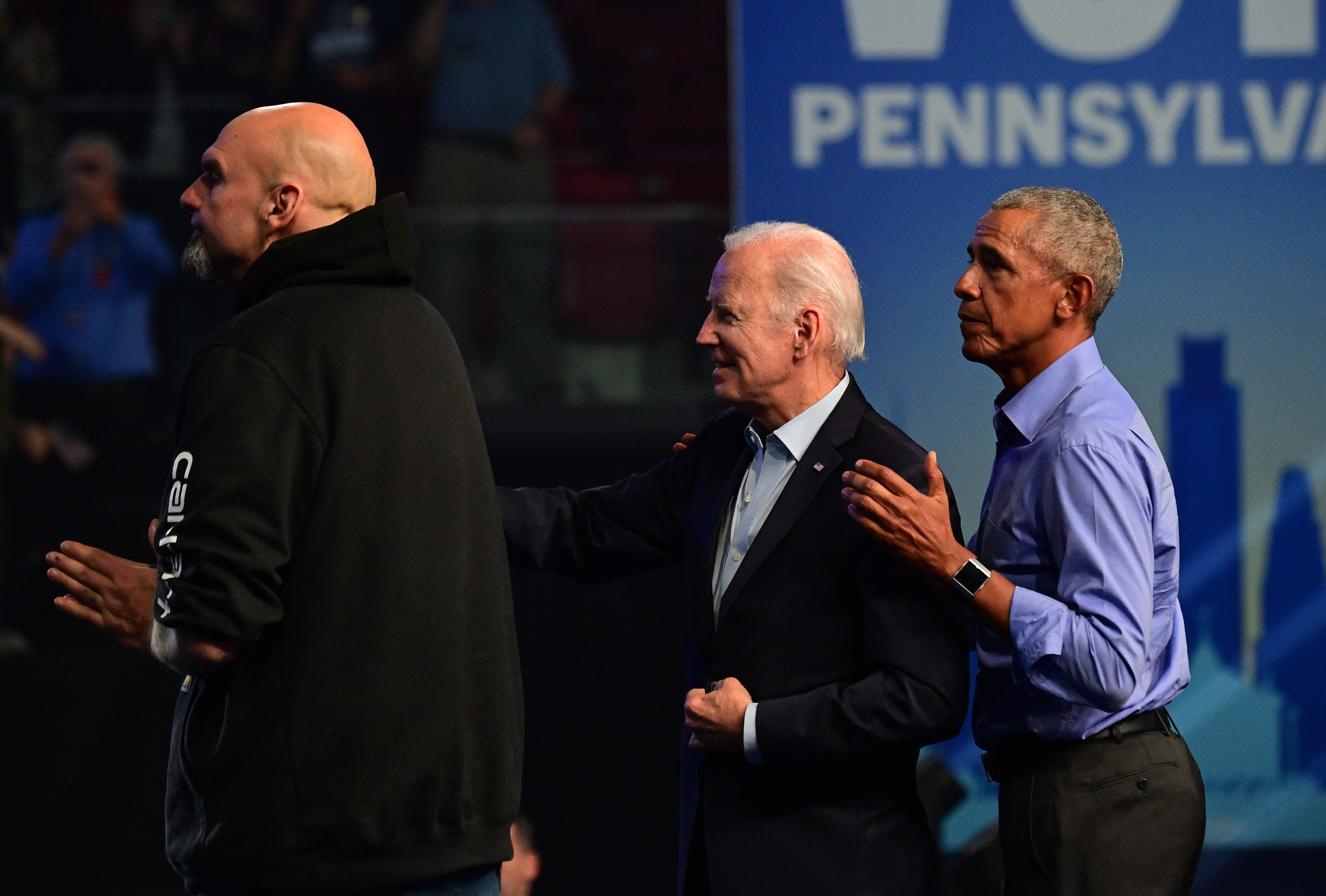 Democracy Is on the Ballot. The Democrats Are the Only Choice.

The Democrats surely understand that this is only an argument that can ever appeal to their base.

Yes, I agree and I’m sure they know this too. But the goal it seems to me is to make their supporters feel afraid with the aim of motivating them to get out and vote and not be complacent and laid back.

Right, at the deepest level it only makes sense to motivate their base. I think they’ll see after this election that it’s a poor strategy and they would be better served by appealing to people in more concrete ways. It could be called “let them eat democracy”

There was also the trend of not debating their opponents which happened with Kari Lake and Kattie Hobbs in Arizona.

I doubt that resonates well with your average person.

Hobbs is probably smart not to get on the stage with Lake, she’d be eaten alive. But I don’t think it’s going to matter.

I was about to write that. I don’t know anything about her apart from she keeps coming up on my YouTube. And it is video after video of her demolishing people.

She’s a former TV presenter, she gets it. I haven’t seen all that much of Hobbs but what I have is not impressive. I have a feeling we could see a lot of Lake in the future. It’s not a pleasant feeling.

If the only choices we have are between Democrats and Republicans, in the age of private news media and social media, democracy is already dead. The only way to get more choices to represent the actual political spectrum of the American people, we would need to change the current voting system.

Yeah NY made it much harder for third parties recently, virtually none on my ballet. Forward says their priority in the state is to change that, and voting systems in general of course.

Whichever team the president bats for will do badly in the mid terms. As it has ever been.

It’s on the BBC news here quite a bit at the moment. Frankly, very annoying. The orange man vs the man with dementia. The big question for me is, will either of them still be alive in two years time.

The big question for me is, will either of them still be alive in two years time.

I’m going to say… not in a coffin

not in a coffin

While watching democrats like AOC go vacation maskless in Florida.

Pandering to morons will never trump problem solving with logical ethical people. Long term. The problem with long term is usually millions of deaths and hundreds of millions suffering. It could be more efficient.

In the US, Republicans and Democrats are both bat shit. it is a real worry. Democrats, in my liberal opinion, are clearly the battiest! Third parties are probably an easier answer than fixing the 2 corrupt crazy as all fuck parties.

if we dont take intelligence building (some may erroneously confuse this with todays education) as a serious building block to everything, I fear every conversation going forward is a non starter. we have to think generationally. and we have to take education seriouslya an unbias pursuit of intelligence. this isnt happening, so I see no greener pasture, yet.

In the US, Republicans and Democrats are both bat shit.

I would have to agree as a whole. I like a few politicians on both sides but it’s hard for me to support either party as a whole.

Democrats are angels compared to Republicans.

Democrats are angels compared to Republicans.

liberal folks, sure. conservative folks too. but comparing Democrats and Republicans is like comparing stalin to mao. not that they have done as bad as those 2, but in comparison to their differences. both bat shit crazy. need a new option.

a strong liberal with libertarian tendancies, as much of an oxymoron as that sounds, is probably roughly the right direction. at least as a start. right now the dems/Republicans are scary as all fuck. even for us abroad. talk about unqualified retards steering the ship…or appearing to at least.

The problems democrats fail to address would never be addressed by republicans either, but republicans are more racist/sexist/pro-gun/pro-life etc. which makes them worse by default.

Democrats are incompetent, republicans are pure evil. It’s kind of the same with DPP and KMT, except DPP is much better than democrats imo.