There does not seem to be a dedicated William Lai thread, so I’ll post this here as he’s currently serving as Tsai’s VP—and hence we should care. 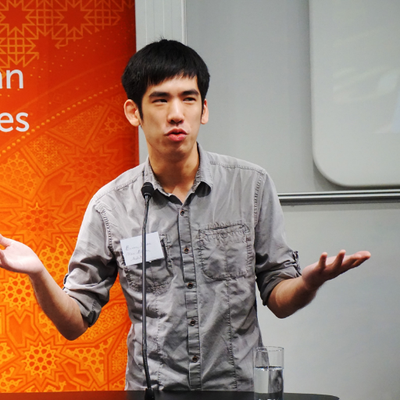 @brianhioe
William Lai underwent back surgery today, due to acute back pain that led him to see the doctor, but he is expected to be walking by tonight news.ltn.com.tw/news/politics/… 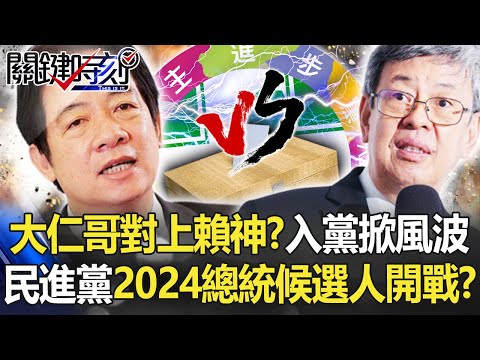 Tension between Lai and Chen.

I root for the nice Catholic guy.

Good thread as he may be Taiwan’s next president. Interesting that it’s turned into a battle between the current and former veeps. 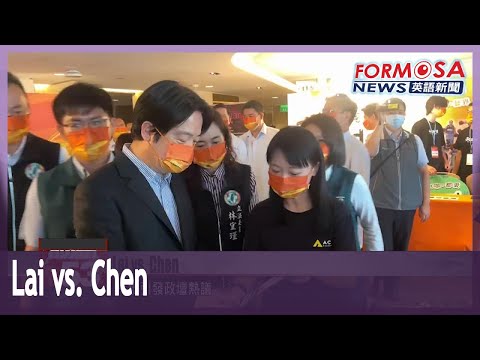 The common discourse I’ve heard is that Tsai Ing-wen is Lee Teng-hui’s protege. Gotta hand it to him for spotting talent here.

William Lai, by contrast, is seen as the deep green successor to Chen Shui-bian, the guy who will apparently lead them into the promised land.

I don’t think that former VP Chen is typically viewed as so clearly politically aligned. He seems like a nice man—especially compared to Lai, who always looks sleezy to me—but does he have the ability to grab control of the party apparatus?

especially compared to Lai, who always looks sleezy to m

I’ve never heard of anything particularly sleezy about him. Egotistical then yes, he is very, though he seems to have calmed down since 2020.

I think he’s very right wing and more of a strong man type of politician. Not that Tsai is left wing but she’s definitely more moderate.

Let’s just say Lai does not represent the socially progressive side of the DPP. He also looks like a pain in the a&& to work with.

Lai is a long-time family friend and I have never found him to be arrogant. But he is “uncompromising” when he knows he is right.
One of the many doctors who joined the dangwai movement and someone who really believes Taiwan is an independent country. I find him more likely than any other candidate to espouse Taiwan independence, so expect the CCP’s tencent army to mobilize against him in the party primary.

Tension between Lai and Chen.

If Chen wants to be in politics, why would he step down as vice president?

If Chen wants to be in politics, why would he step down as vice president?

He was asked to to placate the deep greens, so Lai doesn’t torpedo Tsai.

Lai challenged Tsai in the primary. The campaign wasn’t pretty from both sides. Though Tsai won but needed to win over many party heavyweights that had given Lai outspoken support. So Tsai took the most rational (and painful) solution, asking Chen to step down and then inviting Lai to be her veep partner.

So when Tsai allegedly asked Chen to joined the DPP, people naturally guessed that it was Tsai’s move to stop Lai from presidential nomination.

I’ve heard of all those theories, but you’d excuse me for not buying it. It isn’t like the vice president of Taiwan has any significant influence or visibility. He couldn’t even break a split senate. If Lai wants to be at the center of power, he’d be much better positioned as the Premier.

On second thought, I don’t want a nice guy dealing with China.

Lai will be a minor downgrade from Tsai in terms international optics, but he will be an upgrade in terms of deterring China. I believe (as of today), China will launch a significant military attack on Taiwan during the last year of Tsai’s term, inflicting significant loss of lives. I predict there will be an international outcry led by US, but NO diplomatic recognition of Taiwan will be awarded. China will halt the attack and demand political talks, and US diplomats will privately demand Taiwan to capitulate to a ceasefire / peace talk. DPP (Lai perhaps) will still win this election, but China by doing so paves the way for a strong, pro-China KMT which will run on a peace-talk platform on the following election. A President Lai will of course refuse, thereby the international community blame President Lai for being pro-Taiwan-indepdent and not negotiating. The narrative will be re-written to blame Taiwan. They will do so to in order to not to blamed for their failed China policy of 70 years.

Key point in my analysis is, until we see a “President Pompeo”, China will not suffer significant political consequences such as diplomatic recognition of Taiwan. The international community will be satisfied with a ceasefire and resumption of business as usual.

What China walks away with a limited scope kinetic warfare - degradation of Taiwan’s military strength, a split among Taiwanese society, and further international pressure on Taiwan to yield more to China.

China has too many vulnerabilities, and in case you haven’t followed the Covid numbers, KMT voters are likely thinned out quite a bit.

If biostatistics turns out the newest player in coming elections, Chen Shi-Zhong and William Lai, both public health professionals, will be new prototype of political stars.

Public face ‘n’ all. Doctors have always been the rockstars here.

As election data have been collected down to every vote-casting location for so many years, it’s believed that campaign professionals from both Blues and Greens can estimate ballot outcome pretty accurately for most lin-li (neighborhoods), especially for those old, closed ones.

The covid thinning statistics you mentioned won’t go by without some election-related wrangling.

An invasion isn’t THAT imminent.

Not an invasion per se, but China’s propaganda machine can shape the narrative because Mearshmier and colleagues like hime will be eager to explain to the world “understanding China’s perspective”

Bad take in the house.