Allow me to again point out the “political ninja” side of things here.

Sticking to the lines drawn in the sand? That’s predictable politics!

Not really. The rest of the world set what can or can not be imported from Daiichi plant disaster affected areas based on science. High risk food products grown in affected area are kept out, but food manufactured in “near by” provinces are allowed.

China is the only other country that does a blanket region ban, which is why KMT wants to maintain the current ban as is.

The new rule will follow the international standards, and in addition subject food products to special screenings. If the products aren’t contaminated, what’s the purpose of the ban?

There are threads on this highly contentious topic. Read, post, enjoy!

Nuclear Power: Viable energy or not after the Japanese disaster? Living in Taiwan

[color=#FF0000]Moderator Note[/color]: Post split from [url=http://tw.forumosa.com/t/current-news-and-info-on-post-quake-nuclear-problems/63631/16 And another good argument against the building of nuclear power plants…

There is going to be a big anti-nuclear demonstration on Saturday. I saw a long line of buses lining up at the gas-station in Louzou this evening. I am not sure, but if they were getting ready to pick up and carry demonstrators from around the island, then this is going to be huge. More than 50,000 people are expected to participate, but the TV broadcast was filled with this topic the past week, so this might be much bigger.

We’ve had this same discussion on this site over and over since 2016.

Not true. The 1993 Hokkaido earthquake had waves reaching 31 meters. The 2011 one near Fukishima only had waves reaching 10 meters. Just a stone throw away in Alaska, tsunami once reached 524 meters. These things are going to happen, and plenty of these natural disasters would only get worse as climate change persists. To say because they rarely happens, so nuclear power plants do not have to put them into consideration is irresponsible. Just from 1950 to now, Japan has had 3 tsunamis wit…

The engineers who built Fukushima thought a disaster like that would never happen in the first place. When you are building these power plants on a rock full of natural disasters, from tsunamis, to typhoons, to earthquakes, to volcano, whilst knowing that averting disaster requires nothing going wrong, you are basically kidding yourself by touting how safe a design is. If safety is truly in the minds of nuclear proponents, they’d all be promoting thorium power planets instead of plutonium.

To illustrate how idiotic it was for KMT to push for resuming nuclear power plant 4, and banning food import from Japan at the same time, here’s a map (based on maps from thetruesize.com and www.comparea.org) of the proposed food ban compared to Taiwan. [noprop9] Proposition 9 wants to ban food products (even if they weren’t grown there) from Fukushima, Ibaraki, Tochigi, Gunma and Chiba, an area pretty much identical to the size of Taiwan. The yellow star marks the location of Fukushima Daii…

I’m just glad instead of rehashing this stuff for political gains during elections, we’ve moved on and hopefully time and energy will be spent on something useful.

They are expanding geo-thermal power at Qingshui and there are private companies exploring more sites. If you want to talk about clean and safe renewable energy that can provide baseload energy for our grid, why not get excited about that.

The issue right now is consistency/hypocrisy. Not the merits of the issue.

If you want to talk about clean and safe renewable energy that can provide baseload energy for our grid, why not get excited about that.

Another thread for @OysterOmelet to check out!

Props to the ROC for starting an alternative energy program. Some of the projects are pretty small , like solar powered water pumps to irrigate the shool grounds, (to teach the kids about alternative energy), but they are growing bigger. 5 - 10 KW grid-connected systems on government buildings. There are currently seven projects going on in Taidong County alone and I just saw plans for 5 more in Hualien County. Also there is a program for homeowners that will pay 50% for a private system. For …

the merits of the issue.

The merits, as I see them, are Tsai’s incredible string of political ninja moves—from positioning herself as the rightful defender of the ROC, to putting herself in the lineage of CCK (!!!), to getting the same sex marriage law passed, to the US pork issue, to this. It’s quite the string of moves, and not at all predictable given the values of her green base.

It’s quite the string of moves, and not at all predictable given the values of her green base.

If we ditch the current archaic voting system for one that favors multi-parties, then we can have pro-independence parties that want to resume nuclear power plant 4, and pro-unification parties that want to importing Japanese goods from Gunma and Chiba which aren’t even connected to Fukushima.

That’s only way for elections to be determined by issues instead of being hijacked by what China might do if Taiwan clearly states its own sovereignty.

DPP seems to be doing a good job of that (at least better than KMT). Not having any core values but doing whatever it takes to get the votes (legally) is not a bad thing necessarily.

DPP seems to be doing a good job of that (at least better than KMT).

It’s the current voting system that forces parties to become more extreme in the core values. So you are delusional in thinking that one party is better or worse at this. Remove the current parties, new parties will come and split on the exactly the same partisan line. Put this voting system elsewhere, people will split on something else that can’t really be decided by elections but feels grandiose, say religion or race.

By the way, may I remind you that the core value of Chiang’s KMT was “supposed” to be pro-democracy and anti-communism?

Are you saying Taiwan’s political parties don’t have strong core values or that they do? I’m confused. My only point is that not having core values may be a good thing. It’s a slippery slope from “core values” to obstinate dogma. I admire & commend the DPP for doing what gets the votes even if that signifies a lack of core values (other than TI).

The green / blue divide is, as we all know, formed around the question of the nation and its relation to China—what Nathan Batto at Frozen Garlic calls “the China cleavage.”

Taipei’s Mayor and his presumably no-ideology party thinks he can sidestep this divide. It looks unlikely at the national level, at least for the foreseeable future.

C Donovan Smith continues his excellent work as a columnist at Taiwan News with his second article on the arc of Tsai’s career—and how she took control of the DPP at arguable its lowest point. 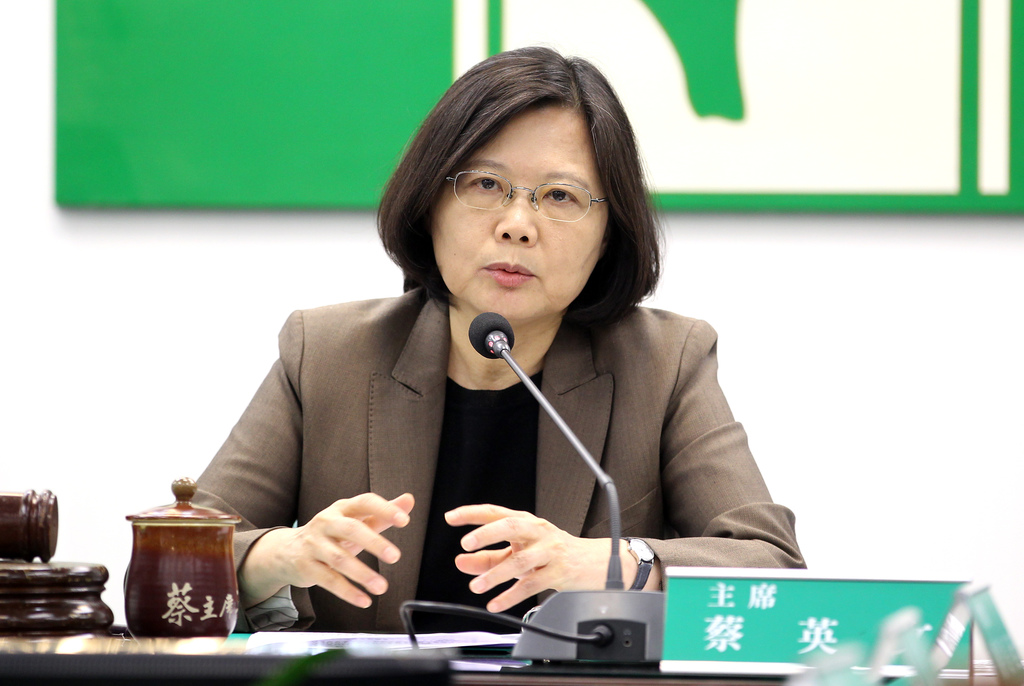 Taiwan's president: "the way of Tsai" part II, rise to reign over the DPP |...

Git’er done. Make this her legacy. 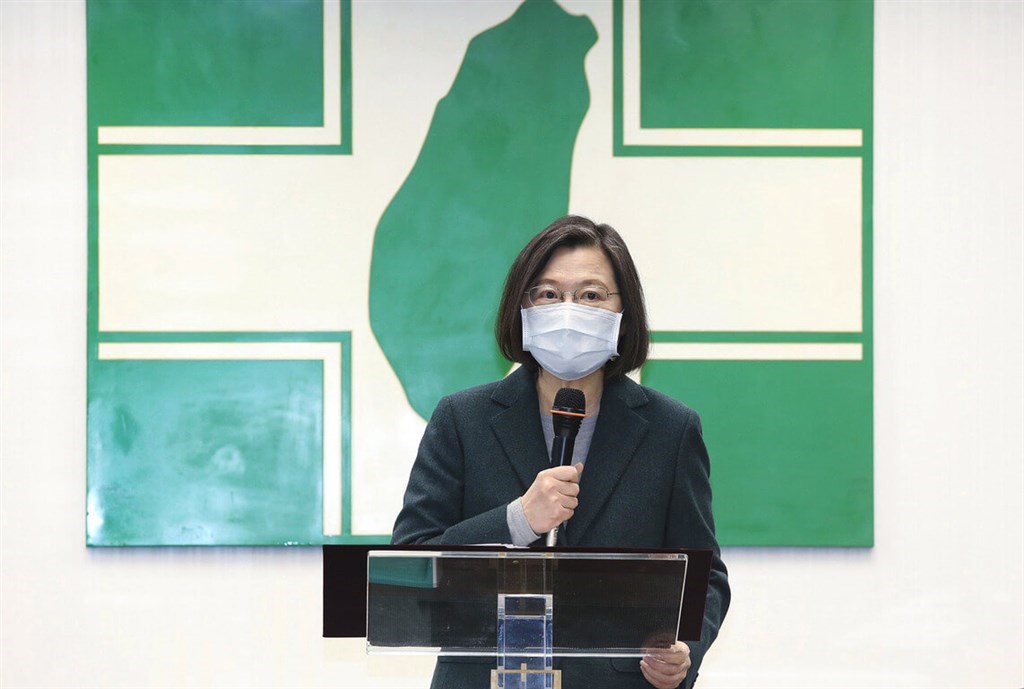 Taipei, Feb. 16 (CNA) President Tsai Ing-wen (蔡英文) said Wednesday that her administration will do its very best in Taiwan's bid to join the Comprehensive and Progressive Agreement for Trans-Pacific Partnership (CPTPP).

Her second term has been exceptionally good so far. Especially against the backdrop of godawful politics literally everywhere else these past two years. The only disasters I can think of were the train derailment and the fire last year, but those could’ve happened under anyone.

Nathan Batto at the awesome Frozen Garlic site calls Tsai’s return from the abyss one of the most astounding political comebacks (from the problems she faced in her first term) he’s ever seen. This is what he wrote after the recent recalls / byelection in Taichung 2:

Tsai is probably the most popular president going into local elections in nearly 30 years. We really don’t know what this will mean, since the last time this happened Taiwan was still in the early years of the democratic system. DPP chair Hsu Hsin-liang 許信良 went into the 1993 elections asking voters to give the DPP a mandate by surrounding the central government 以地方包圍中央; since Taiwan had never had a national election and polling was still developing, we didn’t know if that was a reasonable demand. Hsu was sorely disappointed; the KMT did really well in 1993 and 1994. But that was such a different world; it’s probably not a great precedent to understand what just happened or what will unfold over the next year.

Tsai’s popularity has almost certainly been the crucial factor in the recent referendums, recalls, and by-elections. The fightin’ KMT is behaving as an angry electorate wants to send her a message. That is usually a good assumption. In normal years, there probably would have been enough anger to pass the referendums, recall Freddy Lim and Chen Po-wei, and replace them with KMT members. This hasn’t been a normal year, though. Tsai’s resurgence in 2019 was one of the most astounding political reversals I have ever seen. Her ability to maintain that popularity over the past two years has been only slightly less impressive.

The KMT has a lot of advantages going into the local elections. They have lots of popular candidates, and the open seats are pretty favorable. If they can make this a calm election about individual candidates and local issues, they should do pretty well. The worst thing they could do is keep using the fightin’ blue strategy, screaming about how terrible the DPP is and the need to send President Tsai a message. Unless her popularity suddenly tanks, they might find once again that, if it is a choice between Tsai and the KMT, voters still prefer Tsai.

Meanwhile, C Donovan Smith continues his series of articles tracing Tsai’s career, this time tracking her moves during the tumultuous Ma presidency when the DPP remained in opposition: 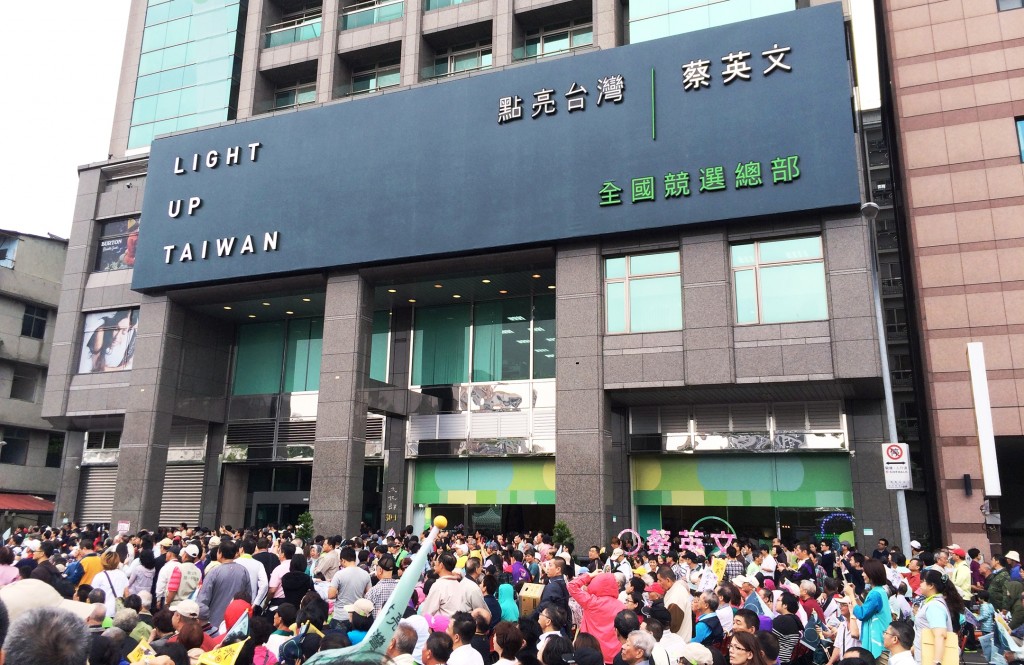 Taiwan's president: 'the way of Tsai' part III, leading the DPP into the sun...

2 posts were split to a new topic: The William Lai Thread