You’d expect that to be US news… who the fuck brings a loaded shotgun at a party?

The party host was shot in the chest and killed by one of his guests, who brought a gun to the Peaky Blinders fancy dress party at a house in Monbazillac in Dordogne, south-west France 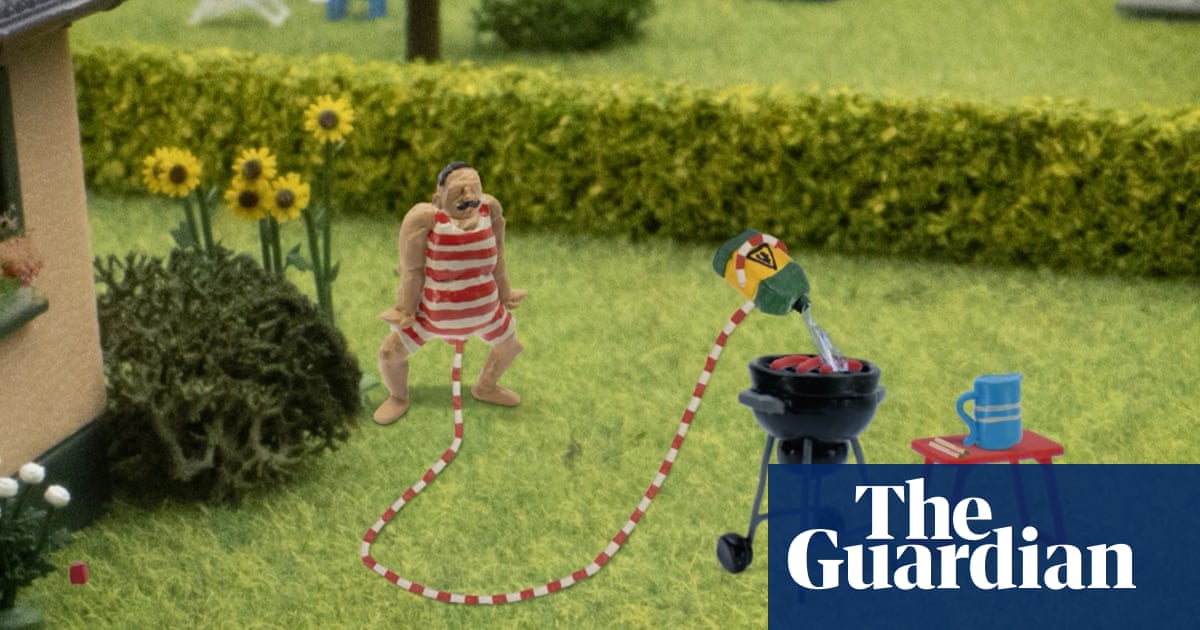 Critics condemn idea of animated series about a man who cannot control his penis, but others have backed it

Damn. You beat me to it

“The show depicts a man who is impulsive and not always in control, who makes mistakes – like kids do, but crucially, Dillermand always makes it right. He takes responsibility for his actions. When a woman in the show tells him that he should keep his penis in his pants, for instance, he listens. Which is nice. He is accountable.”

The world has lost its mind.

But I’m still going to pitch an animated series about orgasm man. Maybe he can make a guest appearance on John Dillermand.

There’s gotta be some technical fix for this. I mean, c’mon…220 million!

He hires a crazy neurosurgeon to help extract the password from his memory in exchange for 50% of the loot.

Ha…that’s pretty much what I was thinking.

AZEALIA Banks dug up her dead cat Lucifer from a grave to “bring her back to life” as horrified fans watched on Instagram this morning. The controversial rapper has concerned followers …

Man injects magic mushroom tea and nearly dies when the fungus starts growing in his veins!

Psychedelic Mushrooms Grew in a Man's Veins After He Injected Them

A man’s experiment with psychedelic mushrooms went disastrously wrong and nearly killed him, according to his doctors.

Though mushrooms can cause side effects like nausea and increased anxiety, for instance, they’re not thought to pose much risk of serious long-term harm, assuming you’re not injecting them.

Seems wise to point that out, I guess.

In perhaps the most wince-inducing example of why your household items probably don’t need to be connected to the internet, we bring you the news that a hacker took control of internet-connected chastity cages and demanded a Bitcoin ransom before releasing their hostages

And then a hack once again underscored how the internet of things often suffers from horrible cybersecurity. “Your cock is mine now,” the hacker reportedly told one of the victims.

Is that pronounced qiu-yi or kiwi?

“Your cock is mine now,” the hacker reportedly told one of the victims.

“You should be talking to my ex-wife about that, not me,” the victim replied.

What a strange story

Spiritual advisor to Barack Obama and George W. Bush sentenced to 6 years for...

Kirbyjon H. Caldwell, 67, the pastor of a mega-church in Houston, Texas, influenced people to invest in worthless Chinese bonds.

Should have just stuck to his original, legal scam running a “megachurch”.

"Despite the jealousy, difficulties and triggers, I whole-heartedly welcomed my primary’s new girlfriend into my life."

Truthfully, I was in denial about this at the time, but I missed parts of having a hierarchy, too. Even the most radical “relationship anarchists” I know would admit that it’s difficult not to fall into those patterns under patriarchy.

The therapist that hooks this one will have a client for life.