The best thing that could happen to the Republicans is that people will turn on Trump, but I don’t think they’ll be that lucky.

In his defense the president is the commander in chief.
Trump needs to be prosecuted for this and those rioters sentences should be reduced accordingly if Trump was found guilty.

UPDATE: Dow (@DowNewsroom), the massive chemical company, tells me it will not donate to any member of Congress that objected to the certification of the presidential vote This is not a pause. The company won't donate to these Republicans ever again. popular.info/p/three-major-… https://t.co/LqUaadFyiQ

I think it is great all the corporate donors could leave the Republicans. It will make them have to work harder and take most of the working class vote. The Republicrats will jump ship and they would become grass roots. A real party as opposed to the corporates we see now.

Sometime Monday, some of the remaining dead-enders convinced that President Trump will remain in office for at least the next four years got a sign. A Telegram account falsely purporting to be run by Gen. John Hyten, the vice chairman of the Joint Chiefs of Staff, was telling them that the moment they’d been waiting for, the moment Trump would finally act and use the military to crush his enemies, was coming.

“Nothing can stop this,” the account said in a message that had been seen by at least 185,000 people as of Tuesday morning. “They can no longer hide in the shadows,” it added half an hour later. Then, 20 minutes later: “Last hours.” It continued on like this. Around 10 a.m. ET it posted an ominous picture of soldiers in uniform behind a fence in Washington DC with the caption “Stay in your homes.” 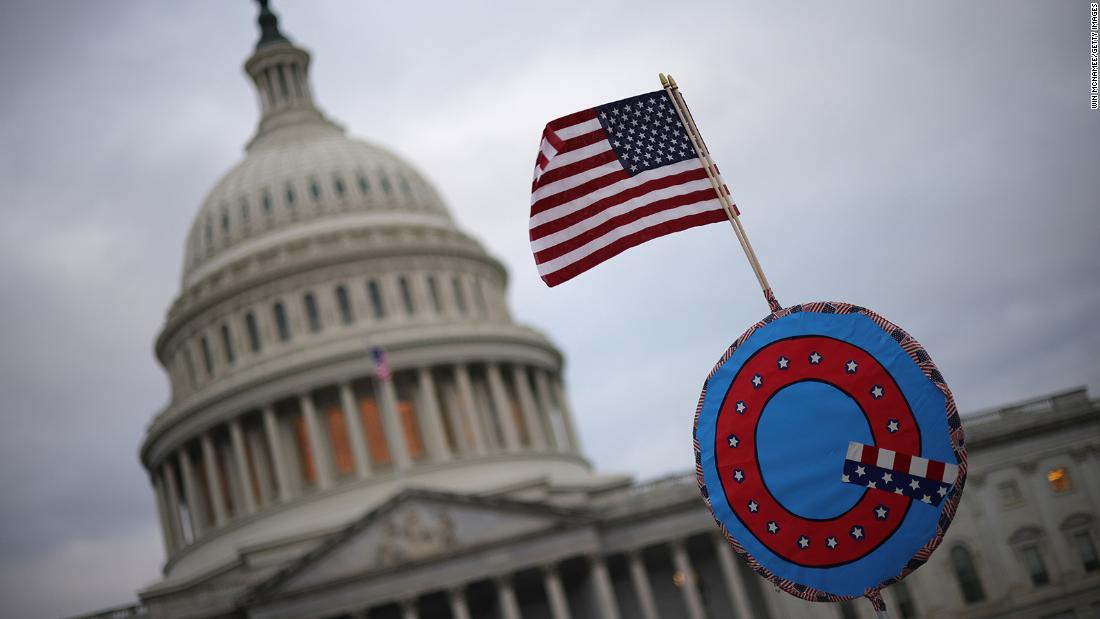 Some Trump supporters think he's about to declare martial law -- and they're...

Sometime Monday, some of the remaining dead-enders convinced that President Trump will remain in office for at least the next four years got a sign. A Telegram account falsely purporting to be run by Gen. John Hyten, the vice chairman of the Joint...

He racked up more than 3.5 million views with a video in which he claimed that Trump had signed the Insurrection Act, a prominent feature of many martial law conspiracy theories.

Trump wouldn’t last a day if he invoked (not signed, it’s already signed a long time ago), the executive branch would invoke the 25th, Congress would change the law (not in the constitution) to revoke Trumps ability to invoke the Act and it would be straight to the courts to block him.

i.e. All three branches of Government would move simultaneously reverse that decision.

Throw trump in the dungeon and then let congress grant pardon to itself and the officers involved.