if you’re not man enough to admit what you did, don’t brag about it on online platforms

Have you tried self editing?

A special kind of people

A video circulating online shows Rachel Powell wearing a porous, mesh mask despite an order to comply with mask requirements while she awaits trial.

Powell was known in her community as a vehement anti-masker before her participation in the Jan. 6 events. A February New Yorker article chronicled her long history of flouting mask requirements, even once boasting on Facebook that she’s “unashamedly a ‘super spreader.’”

A post was split to a new topic: From violent protests

Dubya fan I see. Did you support the torture too?

Another terrorist left behind 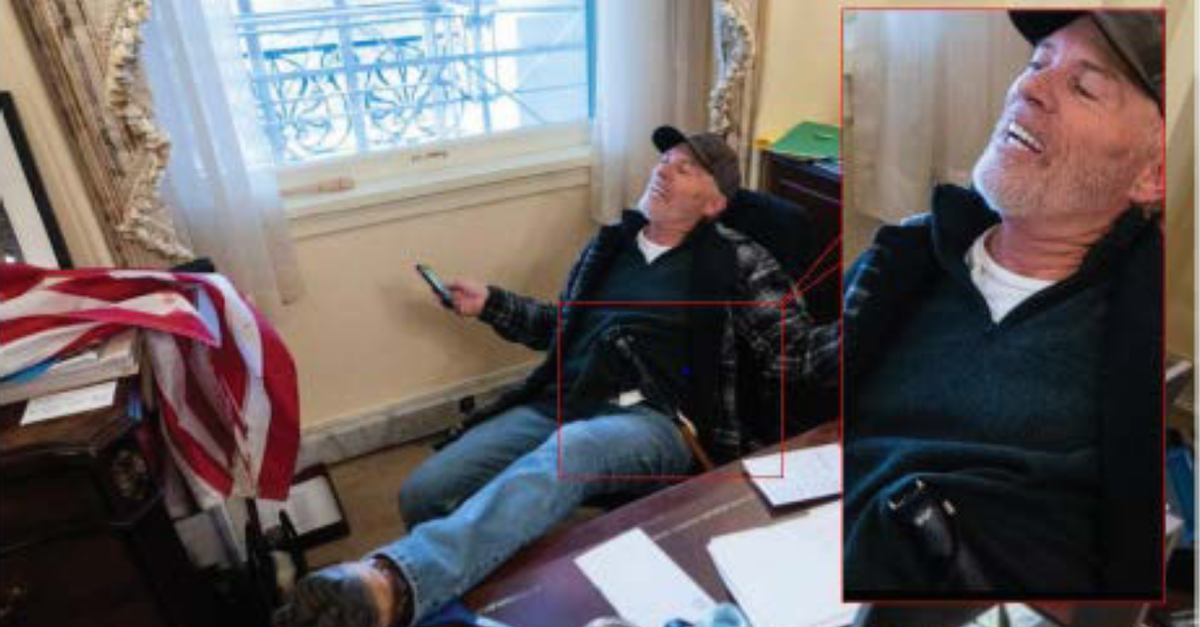 Capitol Rioter Who Said He Called Nancy Pelosi a 'B****' Now Claims He Only...

The motion submitted by attorneys Joseph D. McBride and Steven A. Metcalf on behalf of one of the most widely recognized individuals charged in the Capitol siege of Jan. 6 began by calling out the government for attempting to "mislead" the court by...

Why are these MAGA terrorists of such low intelligence? They should have taken proper vocabulary or grammar lessons.

This one is interesting. Seems Nancy’s laptop is still out there. Case of mistaken identity, FBI and capitol police raid house looping for Nancys laptop. Thought they had recovered that, interesting.

Her comments are hilarious.

WATCH: Ashli Babbitt and the deadly shooting at the Capitol riots | Sharyl...

Wait, that lady had a story? I learned very little about her since January, just that for some weird reason the guy who separated her from her immortal soul hasn’t been identified.

Another pitiful ‘cover up the capitol riot we muffed’ piece from right wing media?

The race to the bottom continues.

Officer Michael Fanone interview about 6th January and those that would minimize the violence that took place.

“It’s been very difficult seeing elected officials and other individuals kind of whitewash the events of that day or downplay what happened, some of the terminology that was used,”

Fanone responded that he “experienced the most brutal, savage hand-to-hand combat of my entire life, let alone my policing career, which spans almost two decades. It was nothing that I had ever thought would be a part of my law enforcement career, nor was I prepared to experience.”

“I can’t say it in stronger terms. I don’t know how you can watch my body-worn camera footage and deny that Jan. 6 was anything other than violent and brutal.”