Recently appearing on Netflix Taiwan: Brooklyn Nine-Nine season … seven, I think? I started that a few days ago: it’s certainly my favorite long-running sitcom of the past decade or so - since Parks & Rec - but mind you, I haven’t watched many sitcoms either. Warning: Andy Sandberg is rather annoying at the beginning, but the storytelling and characters make it work.

Also recently appearing on Taiwan Netflix, but I haven’t yet watched it: Legend of Korra. I loved Avatar: The Last Airbender when I watched that a year or two ago, despite the show being made primarily with kids in mind - the writing in that show is excellent. Korra is a sequel series, and seems to get more praise from “those in the know”.

I already posted this somewhere, but I quite enjoyed Star Trek: Lower Decks, on Amazon Prime here. “Truer” to 1990s Trek than Discovery or Picard, both for better and worse. Caveat: if you’re not a Trek fan, you’re going to miss a lot of the reference-based humor. I honestly have no idea if non-Trek fans could enjoy this at all. I had to look up some of the references, and I may know Trek better than anyone I’ve spoken to face-to-face about Trek. (But my knowledge is nothing, nothing, compared to those I sometimes read online or hear in podcasts.)

EDIT: The Expanse Season 5 appeared on Amazon Prime recently as well. Me and @MalcolmReynolds and I think others have already praised that series to the moon, the asteroid belt, to the outer planets, and beyond to the void between the stars, in previous years’ threads. It’s fantastic, but it’s very much a series based on novels, and you’ve got to start at the beginning, and - sorry - perhaps grind through the first few episodes. If you don’t like it by S1E04 or E05, OK, it’s not for you, but wait until … well, there’s a really dramatic moment when the show grabs you. It’s like something shooting through space suddenly blowing your brain, as a matter of fact. Er, metaphorically. Yeah, that’s not at all a very thinly veiled spoiler for the episode when most people decide the show is - or isn’t - for them.

Wait… Amazon prime is already available in Taiwan?! I can see The Boys?!

Was bored…searched abc network, Supermarket Sweep (recent version) is free to watch. Fun show to blow time. Made me miss the gigantic supermarkets with all their variety back in the US.

Wait… Amazon prime is already available in Taiwan?! I can see The Boys?!

The library’s not deep at all, but there are handful of good shows: The Boys, The Expanse, Fleabag, Star Trek: Lower Decks and Picard … um, that may be about it. But it also includes a free monthly Twitch subscription credit which, somewhat to my shame, I do make use of.

Amazon Video is now available in Taiwan. http://www.chinapost.com.tw/taiwan-business/2016/12/16/486844/p2/Amazon-video.htm The naming is a little odd: I guess it’s the same as Amazon Prime video, but you’re not actually an Amazon Prime member if you sign up for the video service only? It’s free for the first week, $2.99 USD/month for six months after that, and $5.99/month after that. I’m not sure what’s available or if the catalogue varies from country to country. I don’t really trust what I c…

I can access my Prime Video membership via PC and everything plays fine. If I access Prime Video through the PS4 web browser, there is no “play” option for videos. Anyone know how to get Prime Video to work on a PS4? Prime Video is starting to have a lot more good content here in Taiwan. Wish I could watch it on my TV.

Thanks for the heads up, I’d missed Prime-but-not-Prime being available as well. That’s a good start! I’m juggling Netflix and USTVNow at the moment. Have there been any news on Disney+ arriving?

Thanks for the heads up! You guys know Auntie Peng is quite behind in technological advances or mastery of the internet. And most of the time you guys talk about using VPN and US accounts which lead me not to think it pertains to me anymore… So I missed the crucial part of yes, you can access it locally.

Oh, a decent image for Picard, that would be awesome.

A new good one
Is Resident Alien
Silly and stupid

Alien pretends
To be a local doctor
Nice new comedy

Clone wars cartoon on Disney plus. Easy to watch.

I’ll have to look for this one, I

Alan Tudyk and learned from this article he’s in it

Alan Tudyk, who is in town filming the series Resident Alien, took to Twitter to say an aggressive coyote grabbed one of his dogs Raisin and snapped at his wife. 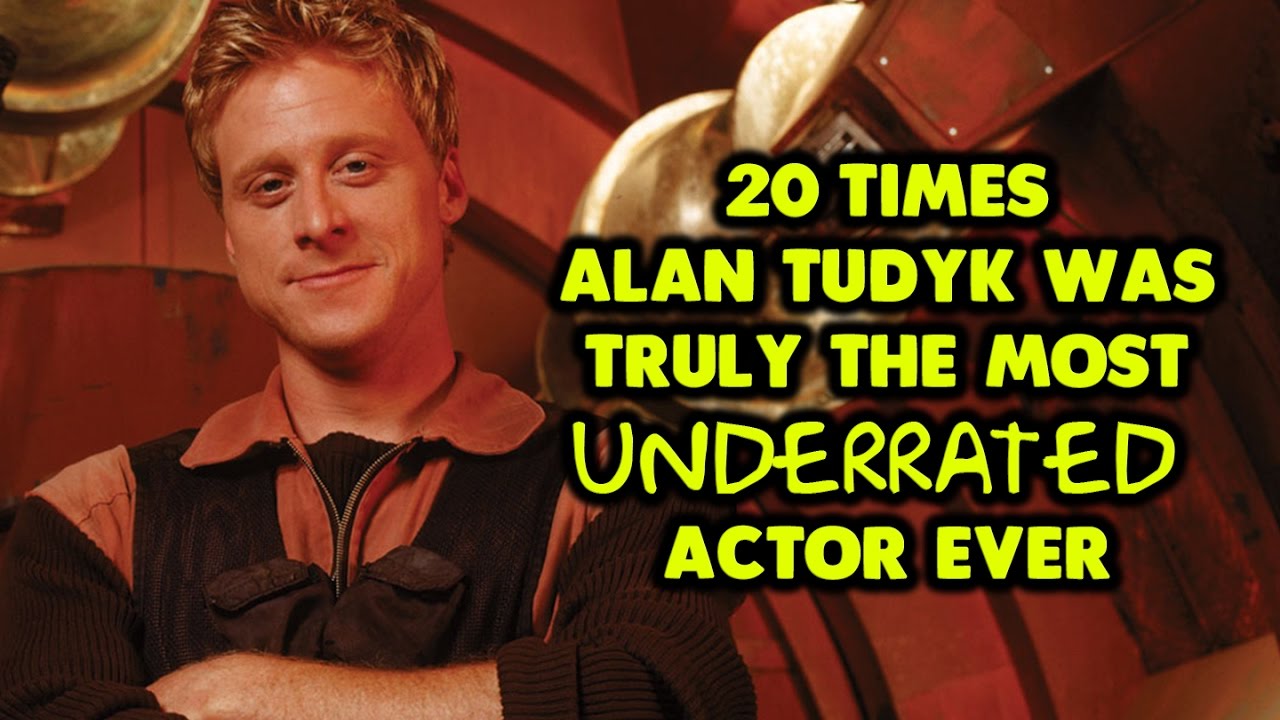 Watching. As good as before, but I miss Gina.

WandaVision S01 was great, the last two episodes finally revealed that Wanda is the Scarlett Witch and controlled the hex.. It’s already out in the news and everywhere but in case someone trying to avoid knowing.

The only retail-related show you need to watch is Superstore, manages to be funny at the same time as commenting on the realities for minimum wage slaves in corporate America.

Almost done with season one.
Season two could air late this year.
They are taking applications for next season’s teams now. So tempting except for…Covid.

I watched seasons 1&2 with the ex, then read the book (which was quite different), and now am watching season 3 (just finished episode 8). Much has been added for the TV show, which is fine, but I’d recommend reading it after watching everything. Anyways, episode 8 was really quite good. Season 3 has been slow, and this episode was I think 100% sub plots and developments not in the book, but still excellent. The actor who played Ramsay Bolton does a convincing leprechaun. If you started season 3 and couldn’t deal with so much nothing happening, I think it is gearing up for a good ending.

Does the whole series portray small town people as stupid??? Could get old quick.

The first episode meet the family and the kids are full grown adults playing child actors is kind of weird to watch.

Created by Dan Levy, Eugene Levy. With Eugene Levy, Catherine O'Hara, Dan Levy, Annie Murphy. When rich video-store magnate Johnny Rose and his family suddenly find themselves broke, they are forced to leave their pampered lives to regroup in...

Finished The Night Manager. Only 6 episodes.

It will get better.

Finished Enterprise, really liked it. Not a big fan of Scott Bakula until he took off his shirt. That said, the ending reminded me of Supernatural’,s but much worse: I do not like TNG and did not see the point of the TNG characters hogging screentime for the ending of Enterprise.

Struggling through TNG again. Now I remember why I didn’t like it when it aired: characters are weird, script is nonsense, acting what!? And this one got the movies and the revival 20 years later: Picard. Sigh.

How far in are you? The first season had a shaky start I think as everyone tried to figure out what a second Star Trek was supposed to be; it gets better, IMO

Remember, it is totally OK - and probably a very good idea - to just skip the first two seasons. I’m going through a slow rewatch right now and the difference in consistent quality between seasons two and three is huge. You aren’t going to miss any character development or plot points because, well, there aren’t any, except for the S2 episode with Q and the Borg.