I have an Asus 15 inch notebook which is I think 4 or 5 years old. Never was top of the line with celeron processor and 4gig ram.

Seems with time it just gets slower and slower as it originally came with windows 8 i think and then got the auto upgrade to windows 10.

I have cleaned with windows cleanup even deep cleaning the files, etc.
The thing is just glacial. Especially at start up. Seems I have to disk clean every time i use it and its still a slow porker.

Am thinking of giving up and going with Linux. Read Linux Lite may be good?

Any thoughts you computer whizzes out there?

I know, I should probably give this computer to someone and get a new one. I paid bout 250 for it years ago. LIke i said i forgot how long, possibly as much as six years ago, maybe 4.

But for the same 250 at walmart today I can get a Dell with solid state harddrive, window 10 and intel core5 i think ( i know 5 is no big deal but tis better then celeron).

Basically i dont use my pc for gaming or any hard core stuff.
Think linux lite will do it for me?

Even if i give it to my friend, who has an even older pc i want it to be fast and probably want to install linux on it anyways.

p.s. i have uninstalled everything on this pc and removed almost all files so those are not whats slowing the fracker down.

I like Lubuntu. It’s quick and snappy but also has wide software support.

Does your PC have an SSD? They’re quite cheap.

no, its the old hdd thingy.
I do like that it has a cd/dvd rom though.

Basically i dont use my pc for gaming or any hard core stuff.
Think linux lite will do it for me?

Yes… Linux Lite, Ubuntu, or pretty much any flavor of Linux will do you good.

I have a similar machine that barely creeks along when I use Windows… but gives me average performance when I use Linux.

would it be easier to simply use a better operating system like linux lite that doesnt require huge power or high end hard ware?

Lubuntu is an Ubuntu fork that is meant to run on low hardware but still supports Ubuntu software and drivers.

so you recommend ubuntu or lubuntu or linux lite? which ?

There are many desktop environments available:

Many laptops, if they’re not ultrabooks have a simple compartment underneath where the hard drive resides and requires a few screws to remove.

A picture underneath would help. Please censor the Windows sticker.

yes there seems to be many versions, i am looking for a version that most mimics windows 10 without any hassles.

Thanks but i dont want to mess with the hardware, just want a new OS that is faster than glacial win 10 on this laptop.

we are talking about a lazy mans solution, one that is free or cheaper than free to get to basic use of this notebook.

its just going to browse and print stuff and other simple duties.

You can give Kubuntu a try.

Right, but the old hard drive may be beginning to die if it’s extremely slow. It may be necessary to replace.

But if not, Lubuntu is recommended.

ah i see what u are saying.

If you’re not worrying about backups and stuff, then replacin the SSD and getting your Windows or Linux disc ready beforehand should make installation a breeze. I would really consider an SSD first. If you can take a pic underneath and I’ll be able to tell you if it’s easy to do or if you need a tech.

Since that laptop is older and has quite low specs, I would recommend a lighter ubuntu version.
Have a look here https://lubuntu.me/focal-released/

And you can download Linux and test it without installing. Just burn it on a DVD (USB stick works too) and boot from it.

You could give Mint a try, it’s known for providing a Windows-like experience. The XFCE version is ultra-lite, but others may work for you as well. 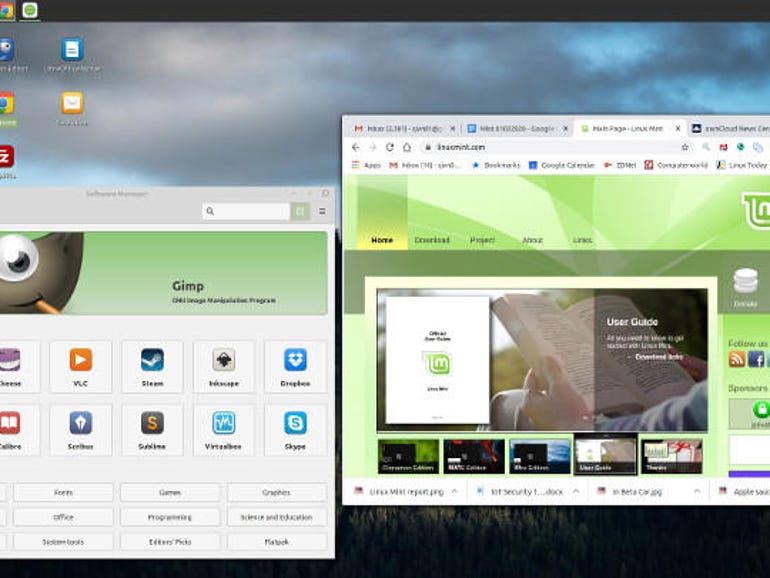 Linux Mint 19.3 is here and better than ever | ZDNet

The easiest and best Linux desktop had a new long-term support release during the holidays. Here's what's new and neat in this latest version.

I second Linux Mint especially if coming from Windows world. It works with all Ubuntu software and is very widely used so should be minimal trouble.

I suggest to download few different distros (Ubuntu, Mint, Kubuntu/Lubuntu) and see what fits your bill. For standard (web, office, media consumption) usage it should be zero configuration nowadays so it’s just a matter of flavor you feel comfortable with.

I’d stay on the well trodden path though, so in case there are issues, there is also more help around.