As the denial fades, perhaps we need one thread for this particular front in Cold War II… 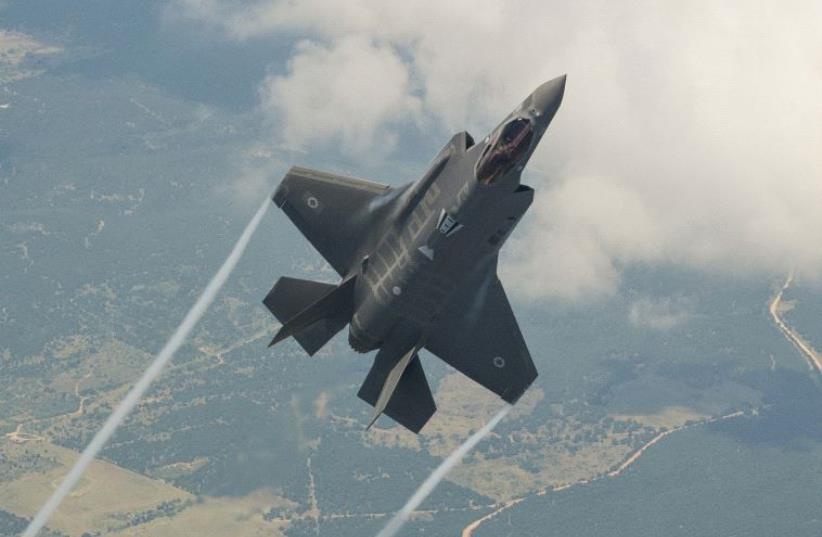 Sounds like it may be better for Iran to use the Newspaper for their early warning system.

The company they keep… A summit in Ankara comes amid rising tensions among the three participants and the United States, all of which have troops in Syria.

The US position in that part of the world is very weak… for now. Got to slap Team America back into working order.

Speaking of strange bedfellows, the Saudis seem to be on board. But never forget: there are no good guys thereabouts.

We can stick a fork in the done deal…

After 20 months of negotiations diplomacy has prevailed and a Nuclear agreement /peace deal with Iran has been signed. Whether it will hold or not remains to be seen. The EU is looking forward to opening trade with Iran, Russia and Saudi Arabia are not so happy with the oil prices and Israel…well Bibi is flapping his gums and spewing out garbage as usual. cnn.com/2015/07/14/politics/ … index.html Former IAEA Inspector: Agreement Effectively Ends Iranian Breakout Capacity: youtube.com/watch?…

Now let’s watch the unraveling of what that deal was meant to prop up. The mullahs will fall slow, but they’ll fall hard.

(Well,the very end will be sudden. But you know what I mean.)

The Trump administration on Wednesday began dismantling the sanctions relief that was granted to Iran under the 2015 nuclear deal, a step that follows President Donald Trump's withdrawal from the international accord. 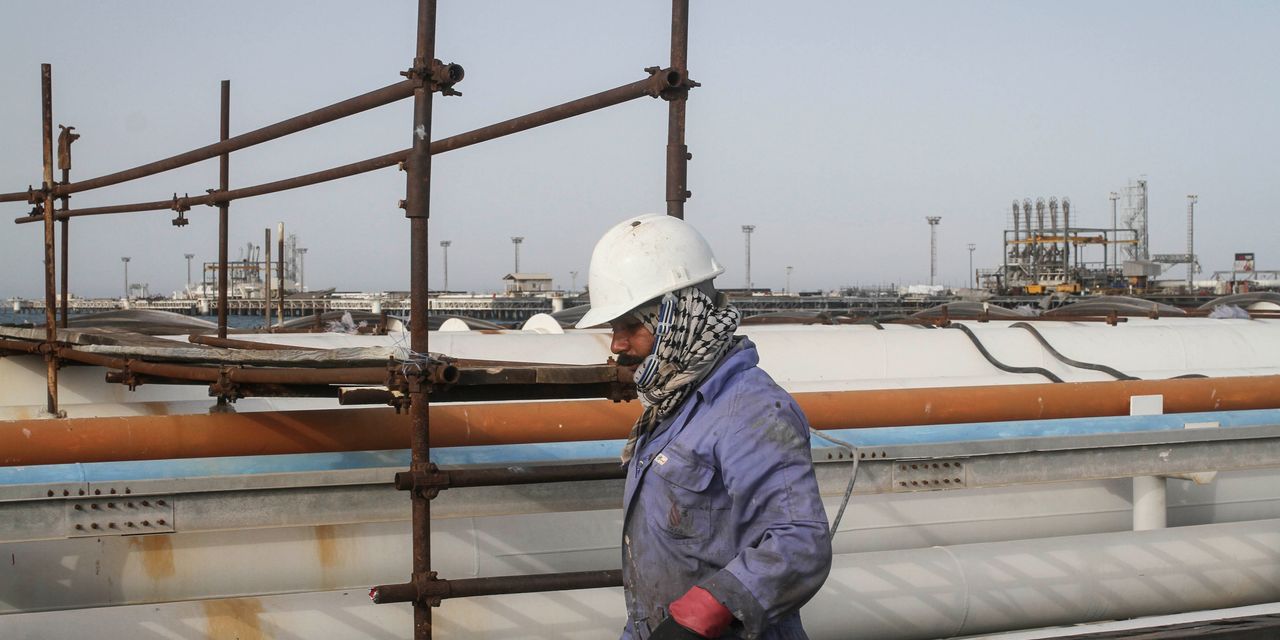 Foreign banks that kept Iran trading oil through previous sanctions are pulling out under pressure from the latest round of U.S. restrictions, hitting a lifeline for the Iranian economy. Banks fear that they will be cut out of the dollar-based global...

Protests began in Iran’s capital on Sunday, sparked by shop owners shutting their doors to voice their anger at the plummeting Iranian rial.

Not thinking it all the way through…

Or maybe a murder-suicide thing.

Oh, and… here’s a link to an old thread so we don’t lose track of it:

They’re absolutely no threat to anybody, and it’s unreasonable to suggest that they are… [image]

Residents of the southern Iranian city of Borazjan have blocked the main road leading into the city as part of a protest over water shortages, state-run Iran Labor News Agency (ILNA) reports. “On

Something for the armchair admirals:

Iran Just Claimed Control Over the Persian Gulf. Here’s How They’d Defend It.

Iran's provocative statements are meant to push back in the political struggle against the U.S. But if words gave way to weapons, here's what would happen next.

I guess there’s a limit to how much terrorism they’re willing to tolerate:

The western world does not present a unified front against Iran… yet.

A little extra leverage against the deep state:

A delegation of 50 members of Congress petitioned the Trump administration on Wednesday to cancel a series of sanctions waivers.

It comes days after an oil tanker based in the United Arab Emirates disappeared off trackers in Iranian national waters.

If you look at Iran as a nation, this makes zero economic sense. But if you the government as having interests distinct from that of the people, then it’s all about taking their cut.

Even then, it doesn’t make much sense. 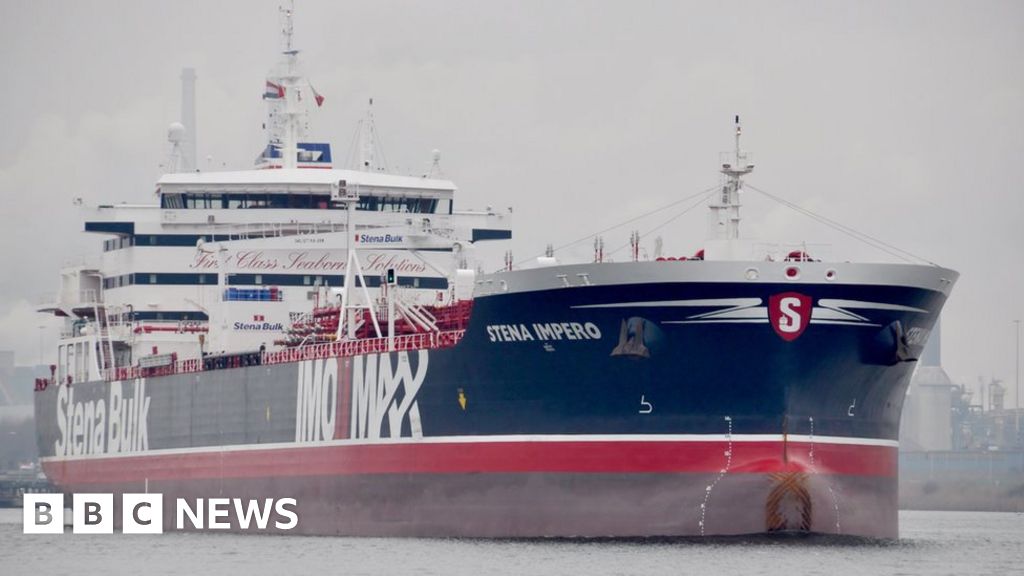 A second tanker is now back on its way after it was boarded by armed guards in the Strait of Hormuz.

Iran reiterated Sunday that it will pursue a “toll” on all ships traveling in the Strait of Hormuz — the latest escalation of a global crisis that threatens the movement of oil through the Middle East and may force a reluctant Britain to impose fresh...

Extortion. Piracy. Audacity. All that matters is whether they get away with it.

Does the US have an interest here? It’s not 1973 anymore. The problem is, allowing this to happen sends a very bad signal.

The problem is, allowing this to happen sends a very bad signal.

I think it shows how hard Iran is feeling the pinch of economic sanctions .
I think Trump should sit it out , whilst cranking up those sanctions even more .
It’s up to the EU etc, to react . They are the ones that need to realize that Iran seems to want a conflict situation . Enforces the worry that this regime should not have nuclear weapons …
The British will no doubt write a strongly worded letter to Iran.

Trump needs to signal a willingness to go to a shooting war over this, without actually going to a full-fledged shooting war.

It’s inexcusable for these tankers to have insufficient armament to defend themselves. These have always been questionable waters.

Is the Royal Navy too small to deal with Iranian threat?

Ruling the waves mattered, as it turns out.

I know right? How can any country have the audacity to not bend over for the west? It’s tit for tat, not piracy. Not a single one of the unfortunate events since Trump pulled out of the deal were initiated by Iran.
The Trump administration does not look like it will accept anything short of capitulation. Why would anyone roll over and accept that?
It’s amazing that people can be so self-righteous that they can’t see unfair treatment of other countries. The west made a deal over something that was unfair to begin with, then it pulled out of the deal and went like “no way you stop doing what you were supposed to be doing in exchange of what of I said I would do but I’m totally not going to anymore”.
I am not an Iran apologist at all. It’s just that the US is pushing Iran into a position to respond like that. What else can Iran do? They are the weaker party, this is literally all they can do short of going full-on crazy with their proxies. And no total war is not an option, not even for them, they are crazy but not that crazy.
I do believe in a strong response. Do a 50x stronger response but it has to be followed but a gesture that shows them the west is willing to sign a true deal (which is hard to do for the obvious reason that the west did not honor the last one but is it their fault our political system is broken?). Otherwise the only way it can end is war.

Ruling the waves mattered, as it turns out.

You just have to handle Middle Eastern politics so carefully , as the Brits have learned.
https://www.youtube.com/watch?v=16sT4yV43Cs

Iran, one of the countries most strongly identified with the rise cyber terrorism and malicious hacking, appears now to be using an iron fist to turn on its own. The country has reportedly shut down nearly all internet access in the country in...

How does an oil producing nation manage to have an energy crisis?

Remember how Reagan won Cold War I: stop bailing them out and let them collapse.

Amnesty: At least 106 dead in protests, which Iran disputes