Austronesian expansion and the Wallace Line 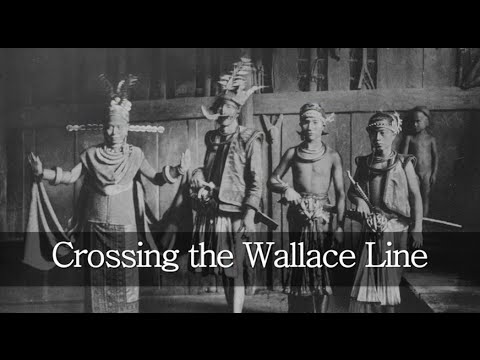 With some genetic, linguistic and social science evidence, this guy draws the conclusion that the reason for a lack for original Austronesian Y-monochrome east of the Wallace Line is the result of Austronesian’s matrilineal societies.

I think it is very possible, but if matrilineal societies could be the cause of the men in a society not adventuring into the next island with the women, why didn’t that happen prior to the Wallace Line? Why didn’t the men stay put in Taiwan? or the Philippines, or Malaysia?

I don’t think the mytery of why only the Austronesian language and the X-chromosone crossed the Wallace Line have been solved by this study.

Thought this was about the British Royal Family again

Wasn’t there a Wallace that caused the then King to abdicate ?

would that be Wallis Simpson?

Why didn’t the men stay put in Taiwan? or the Philippines, or Malaysia?

I think he explains it starting at 12:38. It’s not that the men stayed put, it’s that the matrilineal social structure sucked in Papuan men and their y chromosomes. There’s still questions though–where did the Austronesian men marry, and didn’t they spread their chromosomes? Maybe purely Papuan villages tended to die out over time? Maybe they were more resistant to accepting Austronesian males, and those males only had other Austronesian villages as targets? It is confusing. Maybe the Austronesians totally dominated the existing people in Philippines and Malaysia, or there was less interbreeding for some other reason? Maybe the Papuans were better able to stand up to the onslaught for whatever reason?

It is confusing. Maybe the Austronesians totally dominated the existing people in Philippines and Malaysia, or there was less interbreeding for some other reason? Maybe the Papuans were better able to stand up to the onslaught for whatever reason?

Maybe. I’d imagine the Papuans probably were fairly similar in social structures and technology compared to Negrito populations else where, such as the Philippines or Taiwan. There were probably Austroasiatic speaking communities already living in parts of Malaysia, Thailand and Vietnam when the Austronesians arrived around 4000 years ago? Maybe they played a factor in how Austronesians interacted differently with Papuans?

If Negritos existed in Taiwan, could there have been existing conflict and dispositions against intermixing resulting in a confrontational posture and more of an outright displacement in earlier movements to Philippines and Malaysia?

If Negritos existed in Taiwan, could there have been existing conflict and dispositions against intermixing resulting in a confrontational posture and more of an outright displacement in earlier movements to Philippines and Malaysia?

Could be. I also assume perhaps different communities interacts differently with Negrito communities. Legend has it that Rukai and Paiwan people intermarried Negritos.

In this study, it is said the B4b1 mtDNA haplogroup have been identified across the East Asian mainland, in Japan, and among the Negrito groups of the Philippines. They are thought to have reached these regions prior to the Out of Taiwan (OOT) dispersal 4000 YBP.

So it would seem like at least some people weren’t all that against interbreeding.

There would still have to be intermixing I would assume. But there might have had more of a disposition to push people out of their way–probably it was pretty crowded in Taiwan

– while later on they were in more of a settling mode. It all happened over a long time.

Legend has it that Rukai and Paiwan people intermarried Negritos.

Sure, and a lot of communities could have come into being well after the earlier migrations.

That got me thinking. When Han immigrants first arrived on the island, Sirayan and other Pingpu aboriginals weren’t adverse to intermarrying either. At the time Aboriginals were still the dominant group, and Sirayans were matrilineal. They married Han immigrants for their skills and knowledge.

I wonder if there is an eventual lost of Pingpu Y-chromosome in Taiwan’s present day Han population, and if so, did that happen in part due to the initial matrilineal selection. Wow, there are some fantastic video clips from the 1980s in some of the more remote islands of Indonesia.

So, this is pretty much the same stuff as the first video I posted, just a lot more academic since it is a recording of an anthropology conference.

Professor Lansing is studying the effects of matrilineal have on Austronesian migrations, and concluded that:

A. People similar to Papuans and Australians were already living on some of the islands in Indonesia, but not all of them.

B. A relatively small number of Austronesians made it on these islands and set up shop.

I’m not sure if this is the right thread, but 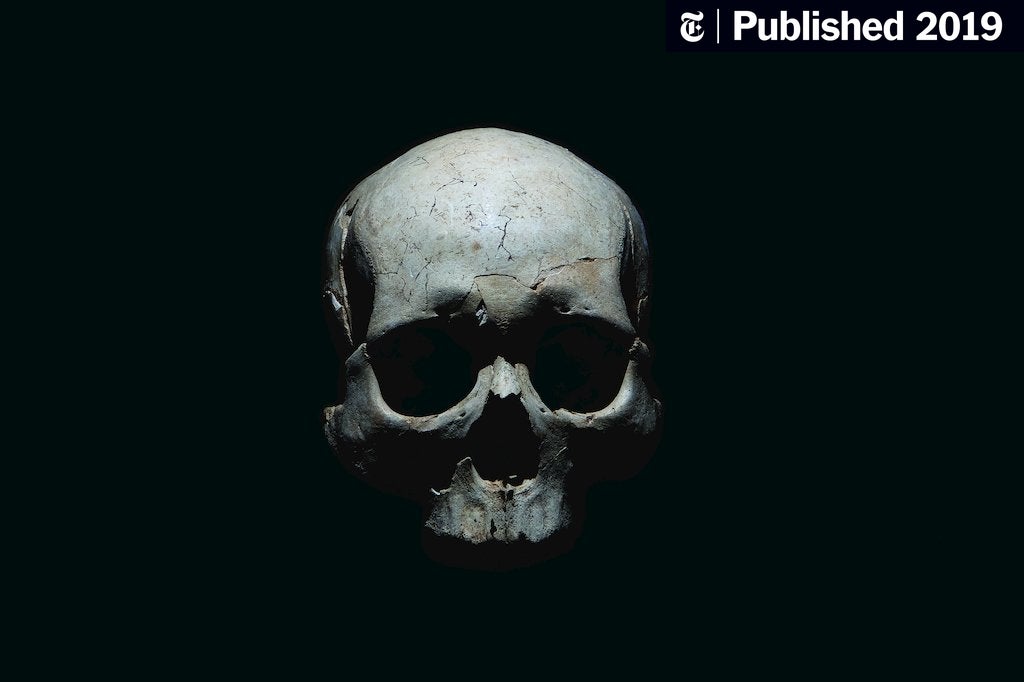 Geneticists have begun using old bones to make sweeping claims about the distant past. But their revisions to the human story are making some scholars of prehistory uneasy.

is quite an interesting (long) look into the state of research on Austronesian migration.

The ni-Vanuatu, for example, take for granted their eternal ties to the archipelago; their oral traditions ascribe their origins to some nonhuman feature of the landscape, their first ancestors having emerged from a stone, say, or a coconut tree.

Wow… besides swapping giant trees for a coconut tree, the typical Taiwanese Aboriginal creation story basically traveled with the ancestors of ni-Vanuatu unchanged all the way across the Pacific.

The Tsou legend has it that people were created from a bishop wood tree.

The Atayal, Seediq, and Truku legends have people created from sacred rock and tree.

The Puyuma, Paiwan and Tao legends have people created from rock and bamboo.

at least two separate migrations to Vanuatu: first, the Austronesians, with their East Asian ancestry, and then, hundreds of years later, the Papuans.

That would mean the men who can trace their ancestry back to Taiwan were replaced latter in Oceania. Also that the Austronesian at first did not intermix with Papuans when they set out for Oceania. So if those loanwords found in PMP are true, that would push early contact between Austronesians and the Indic/Tamil speaking people further back in time. Genetic Study Maps When and How Polynesians Settled the Pacific Islands

The study pretty much confirmed Proto-Polynesian speaking people started settling the remote Oceania from Samoa. The native inhabitants of these Polynesian islands today are in general the descendants of those ancient explores. It’s based on the hypothesis that each new island is initially settled by only a small group of people from the previous island. As a result, the genetic diversity decreases as you go further into remote Oceania.

When an island is first settled by just 30 to 200 people, this initial group can quickly grow in size to over thousands since there is no competition for the available resources. At which point, any subsequent waves of 30 to 200 migrants wouldn’t have a major impact on the overall genetic makeup of the islanders. image647×719 58.1 KB
Stone statue from Nuku Hiva of the Marquesas. There are dozens of different stone statues littering the Tohua Koueva site, a actually look exactly like a Moai of Rapa Nui. Most looks drastically different, and they are all much smaller in size. More closely related to the migration of Negritos, Papuans and Australian Aborigines.

Island migration and foraging behaviour by anatomically modern humans during...

Since the article is paywalled, could you give some indication of what it says?

Assume the light brown is exposed land in gacial era. Particularly concerning Australian aborigines, what was the longest stretch of open water they had to cross?

In either case, the first settlement would have occurred during an era of lowered sea levels, when there were more-coextensive land bridges between Asia and Australia. Watercraft must have been used for some passages, however, such as those between Bali and Lombok and between Timor and Greater Australia, because they entail distances greater than 120 miles (200 km). This is the earliest confirmed seafaring in the world.

Survey of the history, society, and culture of the Australian Aboriginal peoples, who are one of the two distinct Indigenous cultural groups of Australia. It is generally held that they originally came from Asia via insular Southeast Asia and have...

That’s a long time back for boats.

That’s a long time back for boats

Maybe they had pet whales 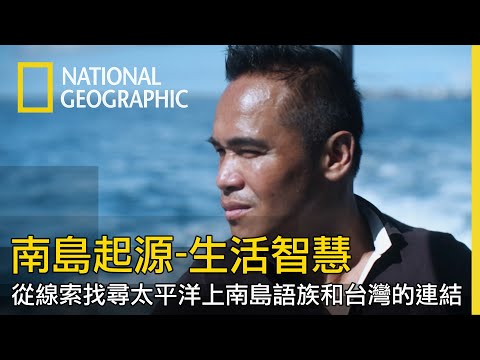 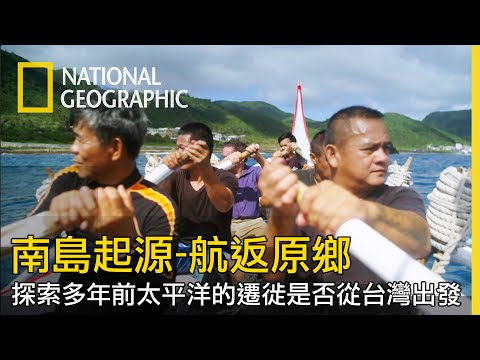