never the two will meet.

Your characterization of “Side B” is inaccurate, but the two sides really are fundamentally irreconcilable; so the logical implication is that one of them is horribly wrong, and eventually it will become obvious which one it is.

Quite a ridiculous characterization, though it does explain a lot about your posts on here. If I didn’t know any better, I might suspect you haven’t had much formal training in the underlying subjects.

A great many things can harm people, including colds, flu, vaccines (rarely), the neverending mitigation measures that people like you support, and being alive itself. You are choosing to blindly focus on one particular thing at the expense of all others; other people, including me, disagree.

It’s not impossible (or even uncommon) for the benefit or danger of a particular medical treatment to depend on the group in question. Pretty much every drug is potentially harmful enough that its use is preferably restricted to those who actually need it, i.e., where the expected benefits outweigh the potential risks for that particular individual. Even @finley has written before that he doesn’t have much of a problem with (optional) vaccination for high-risk groups.

The problem is with the fanatical “now hand over your babies” approach of people like you, and for these younger groups the potential risks of the vaccines need to be assessed more carefully because they don’t have the same potential risks from COVID as the older people you’re incorrectly extrapolating from.

It shouldn’t be so hard for you to believe that vaccines are potentially harmful. Most of us here (and elsewhere) reported feeling quite rough after at least some of our shots. I know I did after the first (AZ; aching joints, fatigue, sleeping for 14 hours, mild fever, inability to concentrate) and third (Moderna; not as bad but still pretty unwell), and a couple of people here had it worse. These things in nature tend to follow a normal-type distribution – in this case, symptom severity on the x axis and number/proportion on the y axis, where the mean response seems to be “feeling a bit shit for a day or two” and the upper end of the curve has a few people getting severe adverse reactions or dying (for poorly understood reasons). These tail-end cases are normal and hopefully rare, but they need to be considered when you’re standing on the sidelines with your pompoms cheering on the goal to get a needle into everyone irrespective of need.

A priori, I would assume that prior “safe” exposure to a new pathogen/antigen (i.e., vaccination) is potentially beneficial upon subsequent infection, for well-known reasons. That’s literally how the immune system works (in most cases). But given that a small minority of people are going to have severe adverse effects, up to and including death, after vaccination, it seems essential to make sure that the risk of what you’re trying to protect from is worse than the risk of what you’re doing for each group. In their first years of life, children need to develop antibodies to a whole array of potential pathogens present in the outside world, and SARS-CoV-2 is now one of those. If you’re making decisions about whether you prefer babies/children to get severely ill/die from COVID or severely ill/die from vaccines, it’s probably desirable to make sure you’ve got the math right, rather than just winging it because that’s how the math was for old people.

Anyway, your “helpful vs. dangerous” characterization is too simplistic, to the point of being laughable. Here’s a roffle.

Have a nice day.

I wouldn’t worry about it. It’s obviously a ridiculous non-answer typical of this poster on this topic, and he ignores (/lacks the ability to answer) anything more detailed that I or others post in response to his nonsense.

Even though his “sides” fail to capture any of the actual arguments being made (including, funnily enough, those on Side A) I think he’s broadly correct that there is no middle ground on which society can reconcile. The authorities seem to have made a deliberate effort to create polarization and enmity.

You’re correct that I would support vaccination for people at risk (on their own terms, of course). What dropped out of the ONS statistics was rather surprising: the age-group that experienced the most tragic loss of life was not the elderly but the 50-65 range. The problem, though, seems to be something like this: the virus itself is not particularly virulent, so when people die, it’s often because something unusual has happened - a dysfunctional immune system reaction, in many cases. The implication is that those who are at most risk of death from the virus are also those at higher risk of death (or injury) from vaccination. It’s definitely not a perfect overlap, but if you look at the age-risk curve for VAERS reports, it has an almost perfect correlation with all-cause risk. There are various possible interpretations, but it suggests to me that one of the mechanisms for vaccine-induced death could be the same one involved in COVID-induced death.

In other words, the very people who you might target with a ‘life saving’ vaccine are the same people who are likely to make your vaccine look bad by inconveniently dying. If you had an actual vaccine which was safe and effective, the greatest number of life-years could have been saved by vaccinating the subset of people in their 50s and 60s who are identifiably at risk: my hunch is that they’re people who have accelerated their own ageing by not looking after themselves. But we don’t have an actual vaccine. It might have been marginally effective at one point, but it certainly isn’t now. So that theoretical utility is merely theoretical.

The truly tragic thing is that those people die of COVID because they’re at the top end of their all-cause risk distribution in their age demographic. They could reduce their all-cause risk by doing some very simple things. That, of course, would be derided by a certain subset of Side A adherents who think there’s a pill for every ill.

Come on BD, how old are you? A single had a “B side” that nobody ever listened to. A 12" could be manufactured to play at 45rpm with a wider dynamic range and a correspondingly short running time (4 standard 3-minute songs, IIRC, or an extended mix of one or two songs that would normally go onto two sides of a 7" single). I think Cake is suggesting that Guy’s argument is laughably low-fi and would benefit from being re-released for a more discerning audience.

What are the current rules or recommendations for self-quarantine after you’ve had covid? Everything I can find about it is for inbound travelers. If someone gets it, how long should they isolate after they first show symptoms, or stop showing symptoms? If they get a negative home test, after most symptoms are gone, are they allowed to go out?

What are the current rules or recommendations for self-quarantine after you’ve had covid?

Lao ren cha had a post a few days ago that may answer your questions: If you do (oops if he does) register for a telehealth appointment, do it soon, because in my experience (a few months ago), the designated quarantine started the day of the appointment, even though that was a few days after the positive test.

Everything I can find about it is for inbound travelers.

Yeah, it’s surprisingly difficult to find government guidelines for this, at least in English. I couldn’t find anything either.

If someone gets it, how long should they isolate after they first show symptoms, or stop showing symptoms?

7 days, which is really 8 days, or maybe longer.

See the hassle I had.

If they get a negative home test, after most symptoms are gone, are they allowed to go out?

Still 7/8 days or longer as above. A negative test doesn’t affect that, and it’s not a requirement for leaving quarantine either from what I understand.

(*My phrasing here is deliberate.) 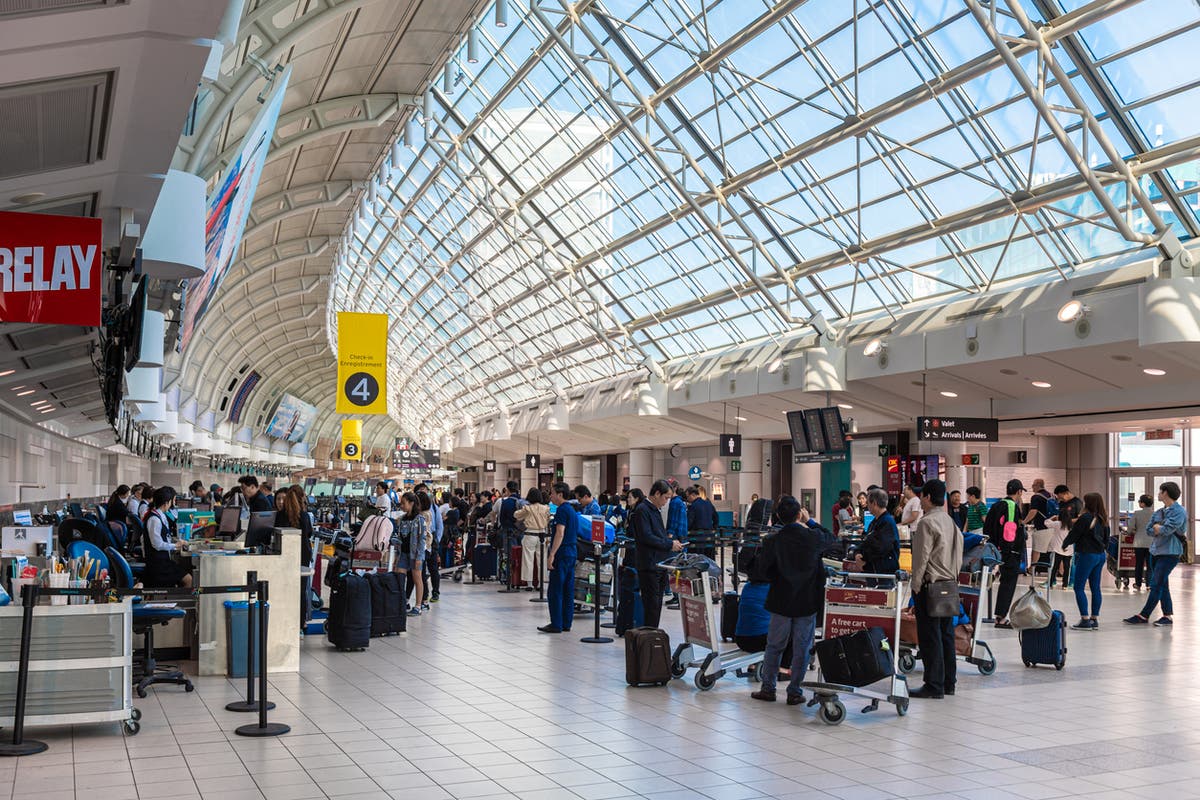 Based on what I’ve seen in Canada this summer, I think a more correct phrase would be “no managing of Covid-19.”

If you could clarify your pronoun “it,” I could then try to understand your question.

I assumed you were responding to the article above your post.

I really don’t understand why IATA have so little power in this matter.

It’d be a dangerous game of chicken, but I would have thought they have enough leverage to call a general air-traffic boycott on any country that continues with this kind of nonsense. No air freight, no passenger traffic, no nothing. I suppose the problem is that governments like Canada’s - which seem hell-bent on causing maximum mayhem out of pure spite - would probably call their bluff and say “ok, fine” as the economy collapsed around their ears.