Buy some dumbbells and resistance bands with handles…

There are numerous countries that have programs for vaxxed tourists (I’m dealing with a couple now because instead of going right back to TW I’m going to take a vacation). I have no doubt that TW is more than capable of verifying vaccination records and implementing tough penalties for people who try to pull a fast one.

As for transmission, yes, there’s some evidence that vaxxed people might be able to transmit the virus, but the risk is much much lower. The bigger issue is that if you’re vaxxed, you are far far far less likely to get the virus in the first place, and with a median incubation time of 4-5 days, a vaxxed traveler who tests negative before flight, on arrival and on day 6 is incredibly unlikely to have the virus. Even if a rare breakthrough case slipped through, after a week of quarantine, the odds of them being able to transmit the virus are infinitesimal.

But having vaxxed people quarantine for 14 days is just stupid.

Oh I missed the part where she said she’s fully vaxxed. Yes I agree.

I have no doubt that TW is more than capable of verifying vaccination records and implementing tough penalties for people who try to pull a fast one.

I don’t think they have figured this out (remember the fraud coming out of India with suspected fake PCR test results?); and handing out penalties to violators after the fact means that those nonvaccinated fraudsters have been running around in the community, right? i.e. exactly what the Taiwan authorities hate.

There’s no need to throw the baby out with the bathwater.

TW could allow vaxxed travelers from certain countries to have shorter quarantine. Pick the countries that are less likely to have fraud and that it is confident it can verify documents from.

And then whether it’s PCR tests or vax certificates, make the penalties for providing fake documents so severe that they actually have teeth. Big fines plus jail time. The problem in TW is that a lot of the penalties aren’t significant enough to be deterrent.

There’s no need to throw the baby out with the bathwater.

See @DrewC 's post above (with comparison to the unhappy situation after 9/11).

I am still confused about the “opening” of yesterday, are restaurants open or not?

Going overboard and engaging in security theater doesn’t have to be the model.

It behooves TW to follow science and create policies that are both effective and incentivize people to get vaxxed.

A reasonable analysis of the data shows that there is no scientifically valid rationale for making fully vaxxed travelers who are asymptomatic go through 14 day quaratines.

Can you think of an alternative explanation for the fact that nobody has figured out why some people are struck down by COVID while others shrug it off? There aren’t many diseases that work that way. There must be some sort of reason for it.

I’m sure you know that a lot of this stuff is really complicated and requires many, many years of research to incrementally figure out. Off the top of my head, the following things could presumably play a role:

Anyway, I don’t think it’s surprising that nobody has figured it out (yet). I just think it’s incredibly complicated, takes ages, and is of limited value to pandemic management within the foreseeable future (and the incremental developments that are being made just aren’t that interesting for politicians, media, or the general public, who often seem to assume that this kind of stuff can be determined using a tricorder or one of those magical computers they use on NCIS and similar shows).

Also, I think there are a lot of diseases that work that way. It’s why the prognosis for things like cancer (and the numerous forms of each specific cancer) is given in terms of 5-year survival etc., because the outcome is very patient-specific. Even for things like the common cold, cardiovascular disease, ear infections, whatever – actually, I think you’d be hard-pressed to find a condition where the outcome isn’t governed by a whole load of poorly characterized, complex, patient-specific stuff, except for the really binary stuff like getting hit by a train.

Another one to add to the list: immune response from prior exposure to common cold coronaviruses. 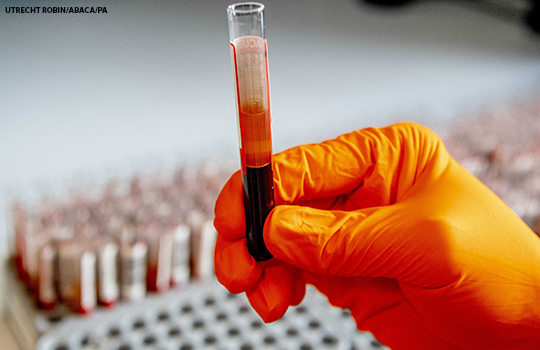 Covid-19: Do many people have pre-existing immunity?

It seemed a truth universally acknowledged that the human population had no pre-existing immunity to SARS-CoV-2, but is that actually the case? Peter Doshi explores the emerging research on immunological responses Even in local areas that have...

I am still confused about the “opening” of yesterday, are restaurants open or not?

The “opening” (actually a relaxed version of Level 3) started on Tuesday, not yesterday.

And yes restaurants remain open for take out and delivery only unless you are residing in Penghu in which case you can dine in.

You might also find this video interesting. It goes over some SARS studies and studies of immunity from other Corona viruses. 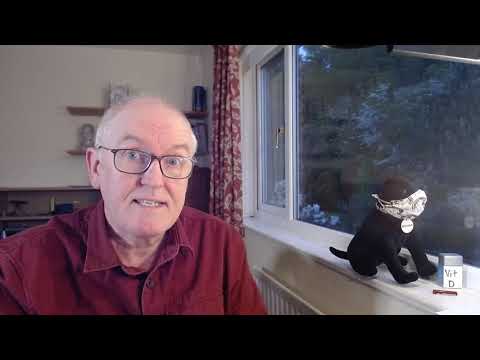 I have no doubt that TW is more than capable of verifying vaccination records and implementing tough penalties for people who try to pull a fast one.

Now that is a good question: can they verify? Taiwan is out if the WHO loop and would need to check each individual case by certification,like degrees and marriages…

Currently manpower is a bit tied up.

You’re joking, right? This has nothing to do with the WHO. There’s no central WHO registry of vaxxed people around the world.

In the US, you’re not given anything related to the WHO when you get vaxxed. You get a CDC card (that’s filled out by hand) and can get a certificate/letter if you need one.

When countries require you to have the Yellow Fever vaccine, you get a WHO yellow card, but that’s just as forgeable as a CDC COVID card.

We’re talking about common sense here. Looking out for obvious fakes and making the penalties so stiff that 99.9999% of people won’t try it. In the near future, it might be feasible to do a rapid antibody test that looks for the antibodies from vaccines. Israel has used this.

But who knows. Maybe TW will require you to get the US government to certify your PCR test and vaccine certificate, and have it double notarized with 3 chops. Just to be sure.

Maybe TW will require you to get the US government to certify your PCR test and vaccine certificate, and have it double notarized with 3 chops. Just to be sure.

This problem is already solved long ago for the pets with the chip implant, so it’s very logical next step perhaps.

I thought I already got the Bill G microchip with my Pfizer?

Don’t worry about it, there are no microchips in vaccines.
RFID is a different thing, if you did not know.

Melinda got control of the Moderna microchips in the divorce settlement.

Well now I feel totally ripped off. I got vaxxed with the understanding that I was getting a full Pentium 3 processor along with a 5G base station.

Don’t worry about it, there are no microchips in vaccines.