There isn’t even a single study supporting the idea that vaccination saves lifes. They all build up on the assumption of counting people who die of covid and nothing else. No total mortality

Here’s a study that says the opposite: 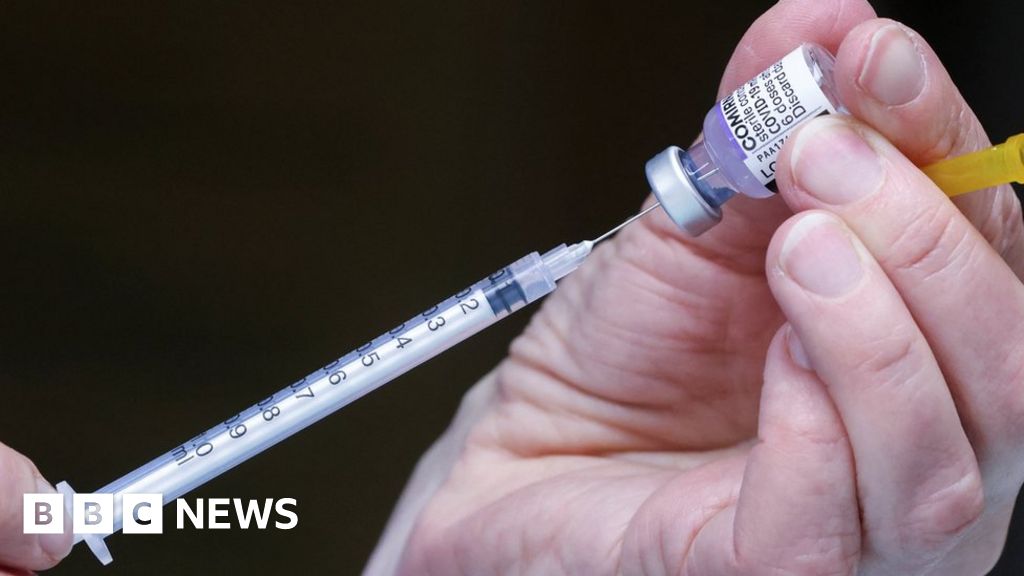 Covid vaccines not linked to deaths, major US study finds

The CDC says 92% of reported side effects after the Pfizer and Moderna vaccines are mild.

There are countless documented cases about this.

it can be causated that there must be groups for which the vaccination is bet negative.

Any studies to back this up or are you just guessing?

Yes, because we should always trust everything the CDC says…

Now of course we know about excess death. But this study is rubbish for comparison of vaccinated Vs. Non vaccinated. They did not publish any raw data, and then even they only found a significant difference over 55 years of age!
Then they did not break down vaccinated Jews Vs vaccinated Arabs which would have been essential. Because first of all there are genetic differences, second everyone knows that Arabs and Jews are not treated the same, suffered to different amounts from lockdowns and then yes Arabs were much less vaccinated Vs Jews.

There are so many factors that aren’t visible in the sub 55 that it’s impossible to draw any proper answer. And yes I read through this study just again

And most likely they did the same unacceptable messing with data to only start considering people vaccinated 14 days after full vaccination. That way you handily have a huge increase in death in the unvaccinated vs vaccinated. We need to count homogeneous groups and then not count them as vaccinated or unvaccinated but did they ever receive the vaccine or never.

It’s actually surprising even with all those standard dirty tricks they could not find a significant advantage to vaccination in the under 55.

The Pfizer/Moderna mRNA study revealed insignificant more deaths among the cohort that received vaccination, bare all their other problems that are documented how they tried to move the numbers pro vaccination (outsourcing the not properly blinded study, and the main problem the pressure for the test centres to produce positive vaccination numbers in order to qualify for future studies).

This whole process is broken to the extreme, and big pharma including Moderna and Pfizer have already been caught in messing with their studies previusly.

And furthermore adding insult is that this was alpha to Delta, all strains for which the vaccination actually still prevented infection to a degree, Vs omicron where this didn’t make much difference anymore (the numbers where skewed due to the 14 days interval) and differences in testing depending on vaccination status

Yes, because we should always trust everything the CDC says…

I do believe governments lie and money influences people. But also, I’m not seeing all these studies showing mRNA COVID vaccines are harmful.

AZ and J&J were found to cause blood clotting, hence their use is now discontinued in favor of other vaccines. That seems to prove that scientists are studying adverse reactions and acting on new information.

Anyway we’re getting side-tracked: this thread is about COVID vaccines for kids.

USA BNT vaccine program for children hasn’t caused any excess deaths (posted the study earlier in this thread). So unsure why people are still posting fear mongering opinions that “vaccines are dangerous”.

USA BNT vaccine program for children hasn’t caused any excess deaths (posted the study earlier in this thread). So unsure why people are still posting fear mongering opinions that “vaccines are dangerous”.

The argument is not that simplistic. All medicines carry some risk, and if you vaccinate an entire population you need to have a medicine that’s safer than safe.

There are more than a few child deaths post-vax in the US VAERS system (I’m not sure what the exact number is now - feel free to have a look). Since kids generally don’t just drop dead, they’re unlikely to be coincidences. There are large numbers (an order of magnitude higher than deaths) of other life-changing adverse events being logged, and many of those don’t occur spontaneously either. Google Maddie de Garay if you haven’t heard of her - she was the teenager excluded from the Pfizer trial after developing a “stomach ache” (that is, some permanent and horrific neurological issue). She wasn’t a one-off.

So, can you offer any argument suggesting that vaccines for kids are so unequivocally useful that they should be promoted as heavily as they are? That the benefits outweigh the risks and costs so dramatically that every kid should be jabbed? Stop waving papers about, and make a coherent case. The fact that people are trying to dig tiny statistical signals out of an ocean of noise suggests that it’s far from obvious.

Your argument seems to boil down to the one being offered by the CDC: “it almost certainly won’t kill your kid, so your kid should have the jab”. Isn’t a medicine supposed to offer something of benefit? Since when did we take drugs simply because they weren’t lethal?

The CDC says 92% of reported side effects after the Pfizer and Moderna vaccines are mild.

Alternative headline: the CDC says 8% of reported side effects after the Pfizer and Moderna vaccines are moderate or serious.

The BBC report states 22,000 life-changing events during the first six months of vaccinations. It’ll be a lot bigger by now (vaccine doses are now 600m, not 300m). I’m not convinced that’s a number that can be dismissed with a bit of handwaving.

A retired Paediatrician makes some interesting points on safety data as well as efficacy during the Pfizer experiments on infants. 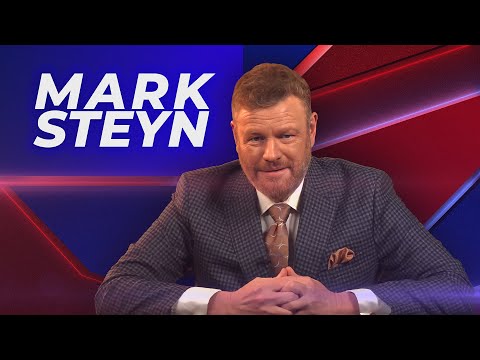 In short, she states that Pfizer’s claims of “efficacy” of their vaccines in children are statistically completely meaningless. The BBC report states 22,000 life-changing events during the first six months of vaccinations . It’ll be a lot bigger by now (vaccine doses are now 600m, not 300m). I’m not convinced that’s a number that can be dismissed with a bit of handwaving.

The report (link) doesn’t mention ‘life-changing’ once. It does mention:

Are you interpreting shortness of breath as life-changing? Who is waving hands here?

FACT: In the UK over the past 3 months more than 90% of people who die in car accidents were vaccinated.

Are you interpreting shortness of breath as life-changing? Who is waving hands here?

You can be quite sure that shortness of breath is the symptom of an underlying heart problems via vaccination.

Just people not monitoring their health exactly so they cannot pinpoint it down.
As I said I had an increase of well over 20 beats higher resting heart rate. Or in relative terms nearly 50% increase. If instead of being very fit I would have been sedentary unfit like most this would mean just walking around now will cause shortness of breath. And maybe more serious problems via that as the heart wasn’t correctly pushing oxygen in my muscles/light myocarditis.

So if anything caused you shortness of breath in situations you don’t expect, that’s a life threatening thing sadly.

It’s simple, take a sedentary unfit person as is just so common, add 50% to their resting heart rate of 80 bpm, and at 120 now their heart likely entered low endurance zone 2 territory. Their heart is now constantly doing sports without getting a break. That is really dangerous. Once they walk around their heart rate now likely goes into heart rate zone 3 or upper 2. Not funny

In the UK over the past 3 months more than 90% of people who die in car accidents were vaccinated.

Wait what were we talking about again?

In the UK over the past 3 months more than 90% of people who die in car accidents were vaccinated.

Wait what were we talking about again?

I think we’re talking about pointlessly vaccinating children who aren’t at risk.

Like all those kids “suddenly dying with SADS”—to which @zepto was replying?

See! Fauci is lying! Hunter Biden’s laptop!
Wait what were we talking about again?

And yet again, our resident backseat moderator - who makes it his business to point out when people are posting in the wrong thread - swoops in with a pointless red herring and an inappropriate ROFL instead of a coherent argument, carrying with it your trademark insinuation that the people who object to children being experimented upon are so irredeemably stupid that they’re not even worth your time.

Have you even read the arguments being made here? Do you understand them? If so, let’s see you stump up some fact-based refutation instead of snide remarks and ad hominems.

@zepto: fair point, it doesn’t say that. Nevertheless, there are (IIRC) a couple of million adverse-event reports in the US VAERS alone, of which a few percent - according to the hopelessly biased CDC - are “serious”. As @topofan pointed out, “shortness of breath” would surely have to have some nontrivial underlying cause to be classed as “serious”, but let’s say only 1% of 2m reports are genuinely life-changing. That’s still … uh, 20,000 reported instances. Please don’t suggest that no such people exist; there are so many of them that they regularly form support groups on Facebook (those groups are, of course, shut down as soon as Facebook gets wind of them). There’s a politician in the UK attempting to secure compensation for vaccine-injured British people. Suggesting that these people are all just making stuff up looks like a conspiracy theory to me.

In any case we seem to be indulging in yet another sidetrack here. In order to be considered useful, a medicine is supposed to offer some benefit. Even if it’s relatively safe, that doesn’t imply that it should be handed out to kids like free candy, particularly if its long-term effects are unknown.

I’m pleased to see you understood my point.

You had no point to make except “I’m surrounded by idiots, and that being the case it would go over your collective heads if I deigned to explain myself”.

I have yet to see you make any argument at all in the COVID threads. Your entire output consists of ROFLs and smartass remarks. Why not make some attempt to engage in the discussion for once? 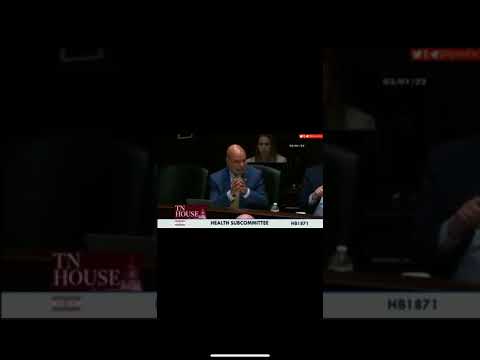 This is one of the clearest explanation and justification that I wanted to make/hear all these time.

I am not an ANTI-VAX whatsoever. I’m triple jabbed but I exclusively selected Medigen for reason.

Without slander and name-calling (I’m not a scientist nor a doctor but they are) can we have a discussion about this? Totally open to all opinions and no assumption about anyone being smarter or dumber or any of that BS. I just want people to discuss and be aware of different perspectives.

All said and done, have a wonderful weekend to all…