There are many cakes on this forum, but let me remind a few simple things:

Which side is right from the basic ethical point of view? Adjust your moral compasses and judge from this…

when people say Putin is losing, I wonder… everyone is talking strategy like this whole thing is just par for the course. like a video game. He is winning because everyone is distracted. He is winning because we are all bickering about what/when/where etc and they should be coming from an allied stance of absolute zero tolerance for these crimes against humanity. Nevermind Ukraine is corrupt. everywhere is corrupt and stealing money. that is just fucking up the point and allowing Putin to get away with murder. That is a massive victory alone, that the biggest country on earth, a previous G8 member is doing this and people are talking about how much metal is going where is truly astonishing. Same for China and basically all other conflicts. people are using a microscope to look at macroscopic issues.

dumbfounding how this shit still becomes the way it is. And yes, one can point fingers at the US in iraq, France, england, Japan, etc. but it should never distract the world from basically this: Russia has illegally, and against essentially all international norms of peace, decided to murder and steal. not allowed. Full stop. then enter the: ya, well, but, nukes, enable, allow, scared, he will etc. the same bullshut. we are paying China to build stronger fortifications. The same situation in the future.

freeze for ukraine? please, take some friggen responsibility for your country. russia isnt a new force that came out last year shooting… everyone knew what was on the table. fucking plan ahead, dont cry after.

There are many cakes on this forum

Seems like there are a few here that like to blame cakes for their weight problem when they should be concentrating on their inability to see they themselves have issues.

Yes. For me the issue is that an aggressive authoritarian regime with a history of attacking neighbors and empire building has used flimsy pretenses to attack a neighbor with whom they share a complicated history. Sitting in Taiwan, as many of us are, we have the ability to concentrate on this issue from a different perspective than those sitting safely and freely in the democratic west.

What happens in Ukraine matters for Taiwan. Taiwan is not perfect, but unless the free world supports it as they have supported Ukraine, Taiwan can’t possibly keep out from under the CCP.

Finally, one of them has admitted it: 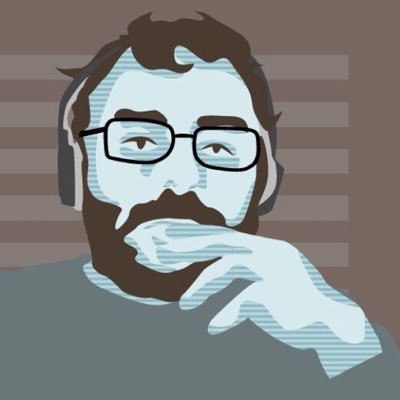 Finally, one of them has admitted it:

I think Putin still calls it a “special military operation”

you mean the Russians who funded terrorist groups in Ukraine to rile shit up and get the useful idiots in Donbas riled up? then russia swoops in trying to ‘protect it’ but in reality it’s all a built up precursor, and a well planted cake for the tin foil hats to gobble up when the times comes, too bad most people saw right through the bullshit.

It would be like china using china town. China would use the CCP terrorists to rile shit up on American territory and then saying they have to go annex that region because the American’s are putting the Chinese populations lives in danger in that region. Only difference is the USA would be able to squash that shit with overwhelming firepower, but Ukranian’s didn’t have the capability in 2014 + russia right on the border to keep supplying the terrorists to fight Ukraine until the last DPR/LRP moron.

It’s right out of Hitler’s doctrine, one German on the countries land would mean it belongs to Germany.

The only thing Putin wants is resources and land, but most of all he wants to reverse what he has always said was the biggest tragedy of the 20th century, the fall of the soviet union. Absorbing Ukraine and then forcing the ukranian population to go fight NATO the same way they use the LPR/DPR people who were fully mobilized and sent into meat grinders.

It’s literally that simple, you don’t need to go down rabbit holes for this. Your NATO argument is nut and void because NATO already has bordered russia way before Ukraine ever wanted to join NATO, but the fact NATO is not letting Sweden in says that Ukraine would NEVER have even been allowed into NATO, and Putin knows this. He just needs some excuse.

Nukes near Russia is also bs because submarines can be planted anywhere around russia and launched.

I’m not sure you have a valid counter to anything ever because you always go on your own tangents about nazis and biolabs.

What makes me sad, is seeing dead soldiers on both sides. A waste of life for an age-old agenda.

Those who know Russian and follow Russian youtube are probably aware about this interesting interview that was released last week between a journalist Yury Dud’ (Юрий Дудь) and a TV entertainer Oskar Kuchera. The latter is a typical case of Russian schizophrenia, being anti-war, and at the same time supporting “our army” and “special operation”. The interview lasted 3 hours and was absolutely hilarious, it produced thousands of memes. Dud’ painstakingly dissected the the Kuchera’s mind of a typical Russian layman who does not see any contradiction in being “anti-war” and supporting Putin’s agenda. Every statement of this patient was an acme of stupidity, in one statement he consistently produced complelety mutually excluding points like Orwellian “war is peace”, “slavery is freedom”. Absolutely devoid of any logic and rationality, ability to connect two dots, a hodge-podge of some global conspiracy theories, propaganda tropes and fakes. This video with proper English subtitles summarizes and analyzes this interview: 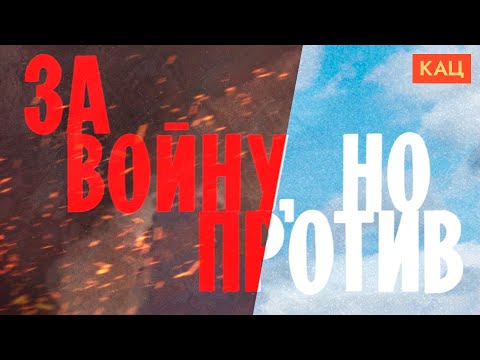 I’m very sad about young men dying as a result of a special military operation.

Um, most of NATO wants Sweden in, just Turkey is being difficult about it

Claims there are press gangs rounding up those down the pecking order of caste in Ukraine to die on the Eastern front for the NATO proxy war. Media: mass mobilization of ethnic Hungarians into the Ukrainian army in...

BUDAPEST, 24 January. /TASS/. The Ukrainian authorities are conducting a massive military mobilization of ethnic Hungarians in the Transcarpathian region to make up for heavy losses on the battlefield. This was reported on Monday by the Hungarian... 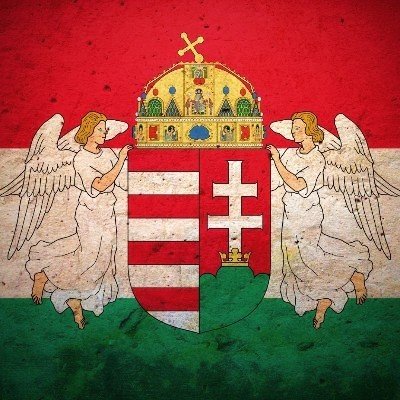 @HungaryBased
[1] There has been a never before foreseen mobilization happening in Transcarpathia since the war broke out. According to reports, hundreds of Ukrainian soldiers and police have taken Transcarpathia by surprise in recent days. https://t.co/jJqcwC9KLq 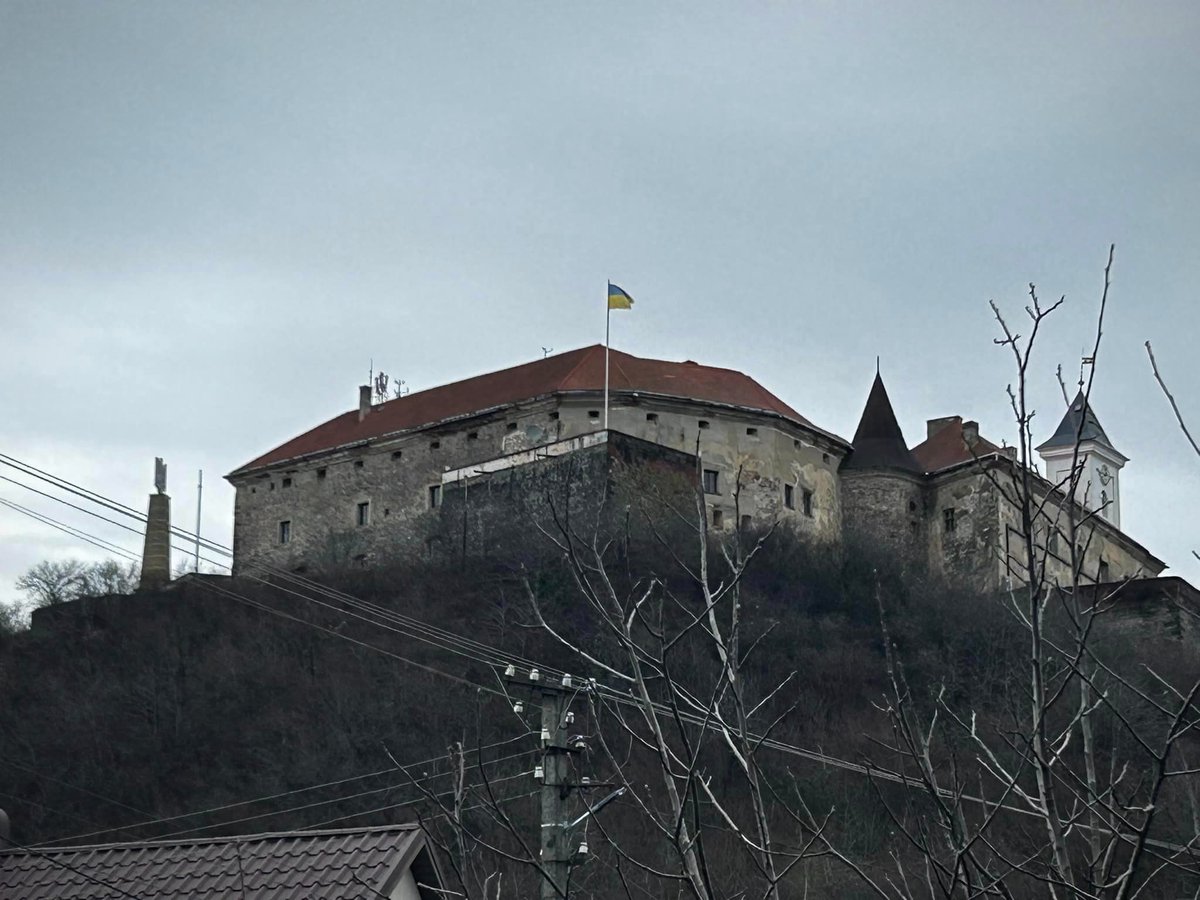 Speaking of press gangs, here is one man who sends them on their way:

how much metal is going where is truly astonishing. Same for China and basically all other conflicts. people are using a microscope to look at macroscopic issues

Wood for the Trees.

China and Russia spend a fortune trying to get us to focus on the rotten wood, meanwhile they are spraying Agent Orange all over our forests. @BenjaminNorton
In a speech to a US corporate lobby group, Ukraine's Zelensky thanked Black Rock, JP Morgan, Goldman Sachs, Elon Musk's Starlink, promising: “Everyone can become a big business by” buying up Ukrainian assets “We are defending freedom and property” More: geopoliticaleconomy.com/2023/01/25/ukr… https://t.co/XGZTBab9q9

As always, taxpayers foot the bill, the country where the war is sells off its assets and pays back the money with interest, the taxpayers provided. Taxpayers never get the money back.
When it is over in East Europe, they will move to the next conflict.

I’m not sure you have a valid counter to anything ever because you always go on your own tangents about nazis and biolabs. It looks more like the South Vietnam government and its US handlers circa 1970 by the day.

Claims there are press gangs rounding up those down the pecking order of caste in Ukraine to die on the Eastern front for the NATO proxy war.

I clicked the first one three times but it wouldn’t load. Anyways, you know who owns TASS, right?

The second, some dude on Twitter, the photos are not conclusive.

how much metal is going where is truly astonishing. Same for China and basically all other conflicts. people are using a microscope to look at macroscopic issues

Wood for the Trees.

China and Russia spend a fortune trying to get us to focus on the rotten wood, meanwhile they are spraying Agent Orange all over our forests.

Exactly. They are doing a decent enough job as well

We’re back to Nazis.

That’s what is an appropriate response to what John McCain thought back in 2014 since he was one of the most influential people involved in kicking off this mess. Along with his anti-Semitic neo-Nazi friends he appeared on stage with.

But they hated Russia and Russians, so that was good for the West.

Compare CIA support for Jihadists operating against Soviet forces in Afghanistan. Worked out really well longterm, \not coming back to bite the US hardly at all.

Jihadists are back on the side of NATO (again). Video here:

The leader of the "Ajnad al-Kavkaz", "Rustam Magomedovich Azhiev" aka "Abdul Al-Hakim al-Shishani" and his group left Idlib to join the "International Legion of Defence of #Ukraine" and were spotted fighting against #Russia in #Bakhmot.

A Hungarian report.
The video shows some footage of people being arrested or rounded up.
Could well be sponsored by the Kremlin of course as it has not been reported on CNN.

Google's service, offered free of charge, instantly translates words, phrases, and web pages between English and over 100 other languages.