MCU has always been dreadful.

Not true at all. You’re probably just not interested in the material.

I liked the first few marvel movies and the Netflix versions of the shows (except defenders sucked). Every movie since winter soldier has been shit in my opinion with the occasional film being not that bad. All of the Disney+ shows have been awful.

The Marvel shows left for me include Hawkeye and The Falcon & the Winter Soldier. Are they as good?

Hawkeye is the only one I’ve watched of all of them. I enjoyed it, but it’s partly a “home for Christmas” story, and watching it in summer would take away that appeal. Maybe wait until December?

Renner was fine; Kate Bishop (I forget the actress’s name) and Florence Pugh were fantastic.

The story was partly based on the Matt Fraction Hawkeye comic run of about a decade ago: I adore that, and that added to the appeal of the show. Was it you upthread who had a similar situation with a Moon Knight comic run? I like Hawkeye because of those comics, not because of what the MCU has done with him prior to that series.

Not true at all. You’re probably just not interested in the material.

Marvel is unforgiveable for popularising such garbage genre.

Marvel is unforgiveable for popularising such garbage genre.

No accounting for taste.

Interested parties could write tomes describing the innovation and symbolism and achievements and so on. I’m not a huge fan myself, but if you can’t conceive how different people can legitimately enjoy this, that’s not a limitation of Marvel’s imagination or accomplishment.

As an illustration, consider how many of the Marvel movies are better than this: 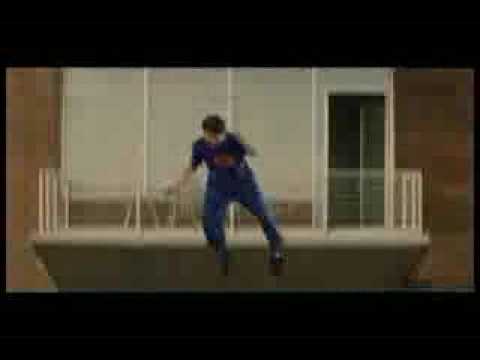 Marvel shows are like fast food. It’s fine to enjoy something low quality, but still recognize they aren’t actually any good. Like a mcdouble at McDonald’s, it can be tasty in the moment, but the longer it sticks in your stomach or the more you think about the experience, the worst it seems.

Marvel shows might be enjoyed subjectively, but if you look at the quality of the writing/storytelling it’s easy to see how cheap and inconsistent it is.

I am really trying to watch them. I started Ms. Marvel. Nope.

Same with Falcon and Winter Soldier. And Hawkeye.

As to The Boys, it is not my cup of tea, but for Jensen, here we go. Funniest part is the ex Supernatural fandom. To say they feel conflicted is an understatement… Marvel shows might be enjoyed subjectively, but if you look at the quality of the writing/storytelling it’s easy to see how cheap and inconsistent it is

I wouldn’t know, have never even tried to watch any of them. My expectations for TV are pretty high, I think most TV is cheap. Why do all the Marvel shows have to be amazeballs? As long as there is an audience for it, good for them. My ex liked to watch all the iterations of Ru Pauls Drag Race. Not my cup of tea, but not gonna yuck on someone else’s yum (to quote). Somebody more interested could again find reasons why this is good TV, it fits a niche anyways

Also haven’t gotten around to any of the Marvel 4th phase movies yet. Just not that interested. I did watch the Mandalorian, and quite liked the first season.

Every movie since winter soldier

Winter Soldier was absolutely top class. That last Spider-Man film Far From Home is the only one that’s come close to it.

The rest are very meh.

The only shows I found worthwhile are the first season of Ted Lasso, 2nd season just lost its charm tbh.

I finished season 2 and I agree with this. Season 1 is flawless but towards the end of season 2 the stroylines became derivative and they didn’t know what to do with certain characters, most of all Ted who became a very boring character.

There were still moments of brilliance though, e.g. the Christmas episode.

Season 3 of The Umbrella Academy is out today

I’d have to say that Star Trek: Strange New Worlds is the best series yet so far. I hope it continues.

I’d have to say that Star Trek: Strange New Worlds is the best series yet so far.

There are better quality shows out there: Severance, For All Mankind, I assume lots of others I don’t know about.

But no show lately has made me as happy as Strange New Worlds has. It’s doing such a good job of taking what was good about the original series (and to a lesser extent Next Generation) and possibly making it better.

Yeah, I meant among the Star Trek series.

I haven’t seen For All Mankind. I’ll have to check it out

I haven’t seen For All Mankind. I’ll have to check it out

Anyone watch the Halo series?

I keep thinking about it, but I’m afraid I’ll waste a lot of disk space for nothing. Let us know how it is if you check out out.

Watching Evil season 3 now. Getting interesting in the second episode.