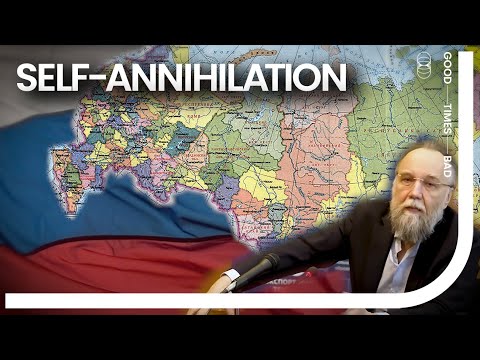 Nobody gives a crap man.
Get a life

And no there’s no ‘chemical weapons false flag being orchestrated by NATO’.

Nobody is ‘waiting to go in’.

They have 3 stages. The third one is “Fuq, what were we thinking when we killed nuclear energy

For once we agree on something. That was one of their most idiotic decisions ever. I think it’s Task and Purpose who said that Russians have given up on pushing towards Odesa through Mykolaiv because they are aiming to push towards Kryvyi Rih, the largest steel producing region in Eastern Europe.

Hopefully the counter attack from Voznesensk and Mykolaiv can retake Kherson and halt Russian advance towards yet another Ukrainian city.

I think most scientists and publications got it absolutely wrong , but eventually they came around. The lableak theory is a strong possibility
but one of few potential origins.

This is where you and I differ, I don’t think they got it wrong, I don’t think they are stupid at all. For whatever reason they wanted a particular narrative pushed and the other suppressed to the point if you mentioned the lab leak theory you would get banned from Twitter, Facebook and so on.

Until Jon Stewart laughed in their faces and told them how stupid it sounds to dismiss a theory it leaked from a lab when there is a level 3 biolaboratory 100 ft away from where the coronavirus is said to have originated which happens to specialize in studding coronaviruses.

It’s this ability of the MSM, Google and big tech and the intelligence agencies to push a narrative, sometimes one with little merit non stop while at the same time suppressing other narratives which may have more merit and may be more worthy of discussion but not one they would like the public to pay attention to that I think you underestimate.

And this war like all big stories has that very same element to it. 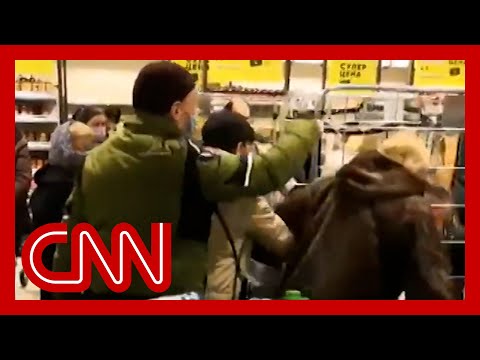 Glad true journalism is still alive. The doctor at the morgue overfilled with bodies that strewn on the floor chocking back tears is especially powerful.

Can we get with the program? Chris Rock has been bitch slapped.

ed your post because I like to get information, but I’m not happy that the Russians are suffering.

I’m also not happy that the war is interfering with Ukrainian farmers’ ability to make a living, and is possibly decreasing that country’s food output.

Seems the story is starting to die. Putin is happy. Even war has a shelf life.

“Violence is never the answer!” 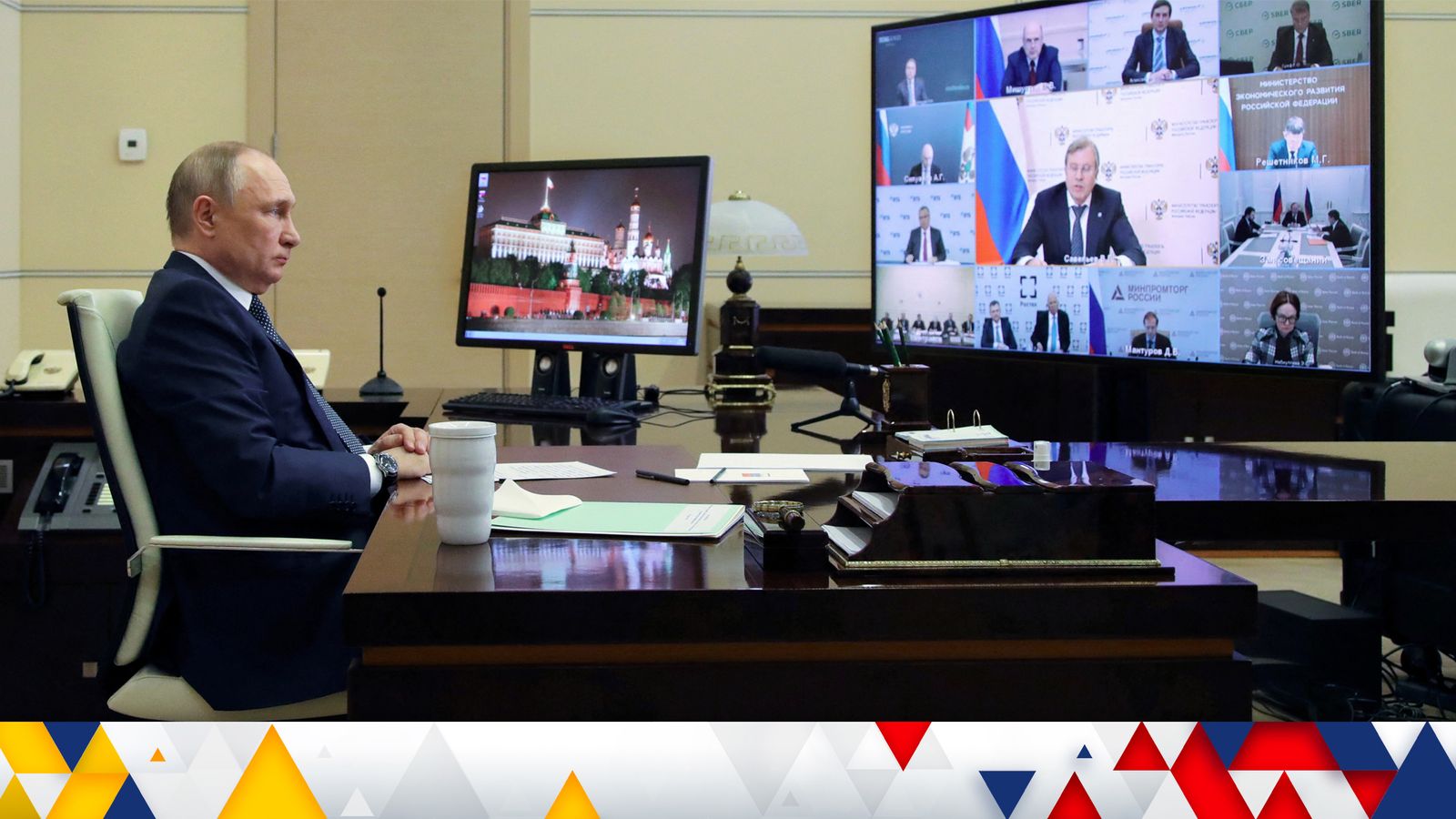 Western governments dismiss Moscow's move as a failed attempt at "blackmail" and a "breach of existing contracts", which are set in euros or dollars as Berlin says it will keep paying for its gas supplies in those currencies.

We will find out very soon if this is a bluff or not. 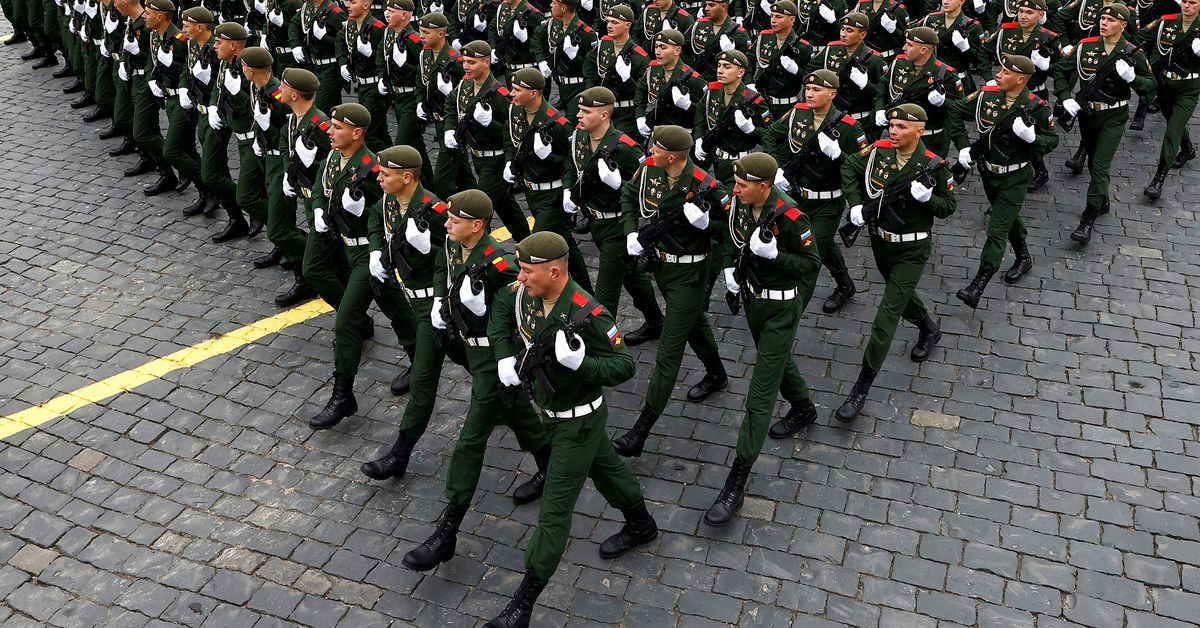 Russia drafts 134,500 conscripts but says they won't go to Ukraine

President Vladimir Putin on Thursday signed a decree ordering 134,500 new conscripts into the army as part of Russia's annual spring draft, but the defence ministry said the call-up had nothing to do with the war in Ukraine. Do you know why it is appreciating in this way?

Do you know why it is appreciating in this way?

Veering away from the emotional discussion of the war, what happened a few days ago that I posted about, is that Russia is now demanding rubles for gas.
There are so few rubles floating around outside of Russia (unlike USD, which is in the hundreds of billions. Side note: The greatest number of $100 dollar bills, Benjamin Franklin, is actually OUTSIDE of the U.S.)
With so few rubles and potential increased demand for them to pay for the gas, the natural thing is for rubles to appreciate.
The other story is: 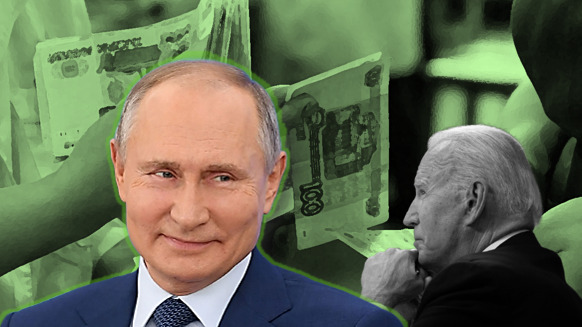 The ensuing decision of forcing EU nations to pay in ruble or gold for their gas trade with Russia have simply turned the table on the West.

The mainstream media is not talking about this much, because it goes against USD(ollar) hegemony.

But:
Recently, the Russian central bank announced that it will put the ruble on a gold standard. The bank pegged 1 gram of gold to 5,000 rubles. Now that means, one troy ounce of gold or 32 grams of Gold would now cost 1,60,000 rubles in Russia. At the current exchange rate, 32 grams of gold would cost roughly $1,600 in Russia.
But wait, in the US, the same quantity of gold would cost you $1,928. That means Russia has effectively ratcheted up its currency’s value against the dollar by pegging it to gold. If, 1 gram of gold is bound to 5000 rubles, then according to Western standards, the ruble must be valued at 70-75 units against 1 dollar.

Russia is basically allowing its citizens to buy gold “on the cheap”, thus strengthening its currency (in theory, and so far, it may be following theory).

Veering away from the emotional discussion