The Cabinet yesterday approved a draft bill relaxing the restrictions on foreign white-collar workers in a bid to attract skilled foreigners for the government’s “Asian Silicon Valley” initiative.
The draft bill would relax the regulatory constraints on residence and work permits, taxation, internships, healthcare and retirement benefits.
The bill is aimed at attracting three categories of workers: general specialists, including freelance workers, artists and teachers; specialists of designated fields, including science, economics, education, culture, sports and others; and senior specialists, including highly skilled professionals, university professors, Olympic medalists and coaches of national sports teams.

The 3-year 50% tax cut is only for wealthy folks, but other items look nice. What I don’t get so far is the “residency period” - what does that mean, and how is extending it good?

The act would also extend the residency period for foreign employees from three to five years and scrap a regulation requiring workers with permanent residency to stay in Taiwan for at least 183 days every year.

3 Likes
Please help! Problems with my Employment Gold Card Application
Family of 4 wanting to move to Taiwan. Need input
ARC/APRC: "work based" vs. "marriage based" (vs. "gold card") advantages and disadvantages
Work permit for foreign freelance artists
Complete Guide to Opening a Rep Office 2011 Update
Employment Gold Card Permit
Employment Gold Card
Need some idea of family costs in Taiwan
Feasible to work as IT Consultant (permit, salary, pension)
Retirement at 50? Maybe in Taiwan
Applying for Gold Card while overseas?
Is it possible to work online and get ARC? Or use savings to get ARC?
Gold Card FAQ
Branch Office vs Rep Office?
Parents move to Taiwan
Visa for foreign professionals, dependents
Taiwan Just (slightly) Relaxed Dual Citizenship Rules
Divorce + kids + ARC - The Perfect Storm!
ARC/APRC: "work based" vs. "marriage based" (vs. "gold card") advantages and disadvantages
Are cover letters required in Taiwan?
Gold Card ID Verification
Permissibility of transferring years accumulated to "Gold Card" ARC?
Employment Gold Card - is a health check necessary?
Working before permit arrives
Agencies that can assist work permit
Gold Card or ARC for visiting scholar with family?
Former university academic seeking a post-retirement career in ELT
What topics or type of topics here do you enjoy the most?
Dr_Milker April 21, 2017, 4:08am #2

What I don’t get so far is the “residency period” - what does that mean, and how is extending it good?

As things stand, you can get up to three years of residence on an ARC, after which you have to renew it. Extending the period to five years means you have do deal with the red tape of renewing less often.

Even the tax reduction is an extremely progressive move.
Remember those executives can go somewhere else and then Taiwan would get 0% income tax from them.

I’m impressed if it gets ratified.

(The question of whether or not this violates the rights of foreigners, and specifically Americans because of an obscure pre-1949 treaty, is not completely settled.)

This sounds interesting, but it’s not clear what they mean. There’s nothing on the MOL’s website yet (nor about the new rules on work rights for spouses), as far as I can see.

Many positive proposals here. The key word, though, is “proposal.” Will this draft law make it through the legislature? If it gets through, this would be huge.

This is interesting. Unclear if this means a job with a different company or within the same company

This is a nice welcome, but is there an age restriction?

Forward Taiwan has links to the draft documents in Chinese, it’s 50 some pages long

Here is the text of the draft Act for the Recruitment and Employment of Foreign Professional Talent as approved by the Executive Yuan....

Foreigners are already able to purchase real estate in their own name, as long as their country allows Taiwanese the same right. I bought an apartment in my own name years ago.

Did you get a loan or pay cash?

Paid cash. The chance of getting a home loan in your own name as a foreigner is pretty slim. It’s hard enough just to get a friggin’ credit card.

Not a teacher, but also not a trustafarian or on a cozy expat package…just good at money management.

Good on you for doing that on a Taiwanese salary. My tactic is to milk my western salary for savings as long as I can. Hope I can get buy myself a decent box that won’t suffocate me with mould.

Considering Taiwan’s astronomical real estate prices and relatively cheap rents, renting is probably cheaper in the long run anyway. Now if the Chicoms would just lob another missile in our general direction again, maybe prices would come down a little.

This piece from Focus Taiwan seems clearer than the Taipei Times piece linked by the OP: 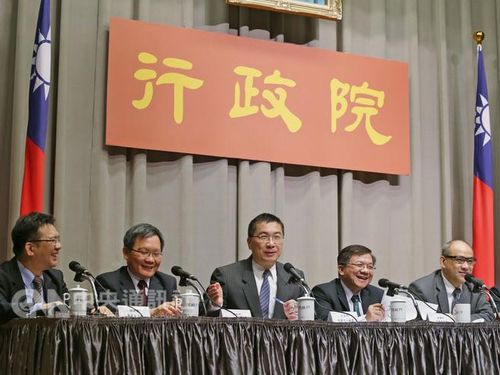 Taipei, April 20 (CNA) The Cabinet on Thursday approved a draft bill aimed at easing the regulations pertaining to visas, work permits, taxes and residency for foreign white-collar workers in Taiwan.

Remember folks: these are proposed amendments. Still we can dare to dream they will be passed into law.

It was the SARS crisis wot done for the local property market way back in 2003. I’d rather not go through that again though especially as some good people died in Taiwan.